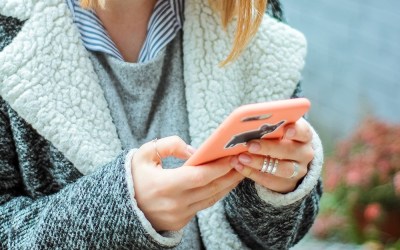 Plenty of Fish (POF) is one of the oldest dating sites still in function. As a matter of fact, POF is among the biggest players on the scene. At the moment of this writing, it boasts millions of regular users, both paid and free.

However, POF is not all that famous for the stellar safety features other dating apps and online sites offer. But does POF send notifications to other users if you screenshot the conversation? Keep reading for the answer to this question. A brief rundown of other prominent sites and apps’ screenshot policy is also included.

In a nutshell, POF doesn’t notify other users when you take screenshots of conversations on your phone or tablet. This also goes for the website version you can access via desktop or laptop computer.

Why POF hasn’t jumped on the bandwagon and joined Snapchat and other social and dating apps that prohibit screenshots is still not known, as there’s no official statement from Plenty of Fish and the Match Group employees and management.

What’s more, the issue that’s got Snapchat, WhatsApp, and other social and dating apps’ users reeling doesn’t seem to bother the users of POF even a little bit. Finding blog and forum posts about POF’s screenshot rules and regulations is impossible.

To investigate things a little further, our team has thoroughly combed through POF’s Terms of Use and Community Rules in search of the elusive screenshot rules. The only instance where screenshots were mentioned in the Terms of Service document is in the section where it is stated that POF withholds the rights to screenshots that were taken to promote the service and include your profile and pictures.

The Community Rules section doesn’t mention screenshots in any of its parts.  Finally, The FAQ section of POF’s Help Center doesn’t contain any questions regarding screenshots. All the usual suspects are there – profile setup and deletion, safety tips, and platform-specific questions.

POF and Other Safety Features

POF offers little in terms of user protection. Users can freely search for potential dates that match their criteria and are allowed to strike up a conversation with anyone. Moreover, users can also nominate other users as the most attractive guys and girls.

Furthermore, you can’t block a person that’s bothering you on the platform. If things get out of control, you can delete your account. However, deleting your POF account is a long and somewhat complicated process, so many people opt to hide their profiles instead. 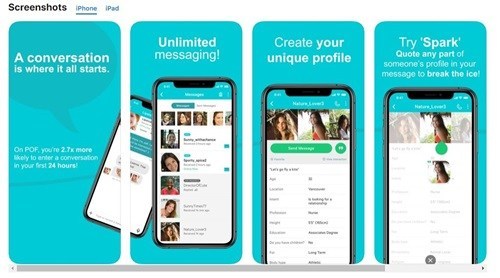 After Snapchat, Instagram followed suit and introduced a partial ban on screenshots. While it remains OK to screenshot other users’ stories, you’re not allowed to take one in a private conversation. If you do so, the other participant will be notified.

In 2019, WhatsApp started experimenting with the screenshot rules. At the moment of this writing, the ban is available, but each user has to activate the feature individually from the Settings. However, the feature is still in the testing phase and is reportedly full of issues.

It is important to note that Whatshttps://www.novodasoftware.com/App doesn’t send Screenshot notifications. However, it is included in this list because it allows users to prohibit other users from making screenshots of their conversations.

In addition to POF, Facebook also allows users to take screenshots. You can take screenshots of private conversations, other people’s profile pictures, and even private info without the fear they will be notified.

Tinder is also among the leading social platforms and dating apps that don’t prohibit or notify their users of screenshots. You can take screenshots of conversations and other users’ profile, and they can do so, as well.

Finally, Bumble is also on the list of major social and dating apps that don’t have screenshot notifications. Bumble will only protect the users’ financial data and password. Other than that, it’s all up for grabs and free to screenshot.

While there is a measurable shift towards the acceptance of screenshot bans and notifications, the majority of big dating and social apps and platforms still haven’t incorporated this feature. It remains to be seen what the future holds for the users of POF and other social and dating platforms and apps.

Do you think that all major dating and social platforms should prohibit screenshots or not? Did screenshots of your profile or private conversations on social media ever end up on the internet without your permission? Let us know in the comments section below.