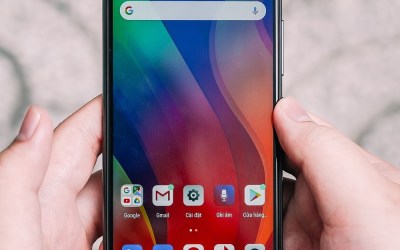 The newest Android devices use Android Pie 9. It’s a lovely name and it’s a much more stable OS, to say the least. But with all versions of an Android OS, there are various updates that usually come in between the release of one OS and the next.

So how can you tell if your device is up to date? You’ll have to search through the device’s settings for information regarding the OS, model number, and so on, to get the details on your phone. Here’s how you can do that on virtually any Android device, old or new.

Where to Find OS Information on Android Devices?

You can find OS information under the About Device tab in most Android smartphones and tablets. The steps may differ slightly from one model to another, but this is the general path you have to take:

Here is something else you might find useful. Android operating systems have various names for specific versions.

If your phone doesn’t display any additional information besides the version number, you can use the following list to figure out what your version of Android is called.

Here are some steps that should work on all Android devices that have a specific operating system designation, as the ones previously listed.

This should display the current OS and version installed on your device. You can also check for newer available updates through the following steps:

This will enable you to search for the latest version, download, and install it on your phone. Usually, a newer version should be installed automatically if your phone is not up to date. However, this feature may not be used to install beta OS updates since they’re not usually stable for all phones.

If you want to initiate a check for newer updates, here’s what you can do:

This will initiate an automatic online search for the latest Android version of your specific OS, that is compatible with your device. It will not be installed automatically once found, you’ll have to do that manually.

From the same path, you can instead select Software Update instead of Android Version, if you want to see what’s the latest version available for your Android OS.

As you can see, the steps involved are basically the same. There are only small variations in wording. This can also happen because of the manufacturer, not just the OS version.

What the About Device Tab Can Show You

The About Device or About Phone tab will always show you the Android version installed on your device. It should also show you the device name, model number, the version of your security software and its release date.

More or less information will be displayed, depending on what device you’re using. Older devices typically show less relevant information in the About section. But, on devices using Android Pie 9 for example, you may also see the One UI version installed, the service provider, the Knox version, build number, and much more.

Of course, for most casual users, this is irrelevant information.

Why Is It Important to Check the OS Version?

Most people end up check their OS version because some apps are not running properly on their devices. It’s a known issue that some apps may not respond well to older OS versions which means that an update might be necessary.

Others check the OS version as well as other device information in order to determine whether they have a legitimate device in their hands. You too can use the information displayed on your device and cross-reference it with what the manufacturer lists on the website for your model.

This should let you know whether you have an official model or if you might’ve been duped into buying a fake.

Do You Keep Your OS Updates on Automatic or Manual?

Just as it is with most laptops and computers, Android devices tend to perform better if most automatic update features are turned off. But then again, this OS is more susceptible to incompatibility issues if you consider how many new “must-have” apps appear from third-party developers.

How do you usually tick the automatic update option on your device? Do you uncheck it to boost performance and limit notifications or do yhttps://www.novodasoftware.com/ou keep it on to avoid bugs and freezes on newly installed apps? Also, did you ever have to rollback an OS update in order to keep playing your favorite title? Let us know in the comments below.