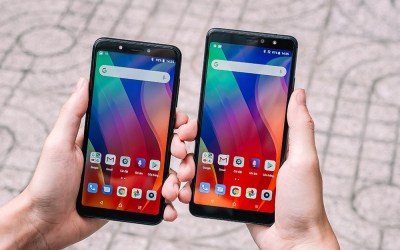 Phone cloning is quite popular in the entertainment industry. Movie producers make it seem like one of the easiest things you can do to spy on someone’s activities. In reality, things are a bit different, in that phone cloning is not exactly easy to do.

But, that doesn’t make phone cloning an impossibility, or even unlikely in some cases, especially since older phones are more susceptible to cloning than new ones. Here’s what you need to know about how cloning works, what it can mean to you, and how to check if a device has been cloned.

What Is Phone Cloning?

In the simplest of terms, phone cloning involves copying the identity of one mobile device in order to use it on another. Although there are three main methodhttps://www.novodasoftware.com/s of cloning, AMPS, CDMA, and GSM cloning, only the latter is more popular. 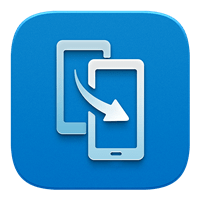 GSM cloning relies on identifying and copying the IMEI, or International Mobile Station Equipment Identity number. This is a unique identifier that can be obtained via hacking. Also in GSM cloning schemes you’ll find hardware SIM card cloning. In most cases this would require physical access to the SIM card in order to extract its K code.

While phone cloning is illegal in most countries, phone cloning can still be a thriving industry. But, due to how complex some of the detection methods are, such as radio fingerprinting, very few users are in danger of having their phones cloned. Most modern smartphones are more susceptible to direct hacking than cloning.

How to Check if Your Phone Has Been Cloned

If your phone has been cloned through a very basic IMEI cloning method, you might be able to spot a duplicate using phone locating software like Find My iPhone (Apple) or Find My Phone (Android).

If you see more than one device being pinged and you know you only have one phone, then it’s possible that the secondary device is the cloned version of your phone.

Another method that might work involves going through all expenses on your bill. If you find discrepancies like calls to numbers you don’t know, then your phone might have been cloned. You also don’t have to wait until the end of the month to do this.

If you contact your carrier you could request a preliminary bill and start verifying the expenses. However, keep in mind that not all criminals clone phones in order to rake up bill charges. Some simply clone devices and wait for sensitive information to be sent or received via text, information that they can exploit for monetary gain.

How to Check If You’re Using a Cloned Phone

To check if you’re using a cloned phone you may want to start by paying extra attention to the incoming text messages and calls. Too many incoming calls and texts from unknown numbers and unknown senders, may indicate that you’re not the sole owner of your phone and number.

You may also want to check the IMEI and serial numbers online, on the manufacturer’s website. If they match then you should be the sole proprietor of that phone. If there are discrepancies, then chances are you’re using a cloned, or at least a fake phone.

Another thing you could do is to check the build quality. Check it against an unboxed phone of the same model. Look for anything out of the ordinary regarding weight, accessories, existing software, OS version, and performance.

Cloning – Less of an Issue but Still a Troubling One

There’s not a lot of phone cloning going around these days since both carriers and hardware manufacturers have developed more advanced methods of combating this nefarious act. With that in mind, once your phone has been successfully cloned, you could be potentially subject to blackmail, identity theft, etc.

You might also have to face the fact that it could be impossible to determine whether or not your phone has been cloned. There are plenty of sophisticated cloning devices that may very well leave no traces behind. Let us know how you feel about phone cloning, how often do you think it happens, and what your thoughts are on prevention methods.