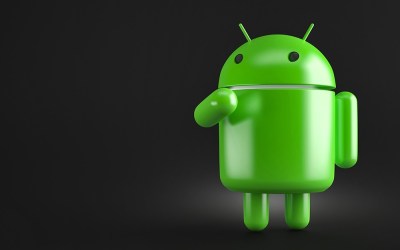 A lot of people want rooted Android smartphones so that they can install various third-party apps or overcome certain system limitations, usually put in place by hardware manufacturers and carrhttps://www.novodasoftware.com/iers.

While some phones may come rooted, the majority of them do not. There are a few simple and free ways to check if you have a rooted phone. In this article you’ll find three methods, two of them foolproof, and one that may be situational, depending on the model of your phone.

Not to be confused with jailbreaking (on iOS devices), is a method of unlocking an Android device in order to grant the user privileged control, or root access. It’s a lot like having administrator privileges on a Windows or Linux-based OS.

Note that this method may not work on all Android phones.

Most new smartphones should have an Official device status. Official means that the software has not been tampered with and the device is not rooted.

Seeing a Custom tag under device status usually means that your phone is rooted.

The device status tab may be different from one model to another. Therefore, if you do see an Official tag it’s usually best to check the manufacturer’s website and see if the phone comes rooted or not.

Use the Root Checker App

The Root Checker app is a third-party app that you can download for free off Google Play, or pay for a fancier Pro version. Whichever version you choose, you should be able to determine the root access status on your phone.

It should only take a few moments for the app to determine the root access status of your phone. Once it knows, a message will be displayed, clearly stating if you have or don’t have root access.

Use the Terminal Emulator

The Terminal Emulator app has been designed to give users a complete Linux terminal emulator on Android devices.

It’s a good way to practice using commands, or to make full use of various commands enabled on rooted phones. 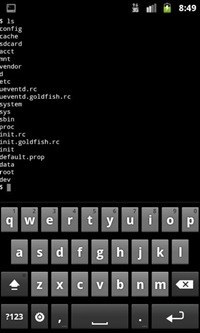 Note that neither the Terminal Emulator nor the Root Checker apps can root an Android device. There are other third party apps that let you do that.

Advantages of a Rooted Android Phone

There are some dangers involved with rooting an Android phone. Mostly because when users start to poke and prod through various functions of the phone, it’s possible to cause a complete system malfunction or in other words, you could brick your phone if you don’t know what you’re doing.

This usually happens when users try to squeeze too much performance out of their phones, pushing the components past their limitations, or when installing new firmware that may not be fully supported.

That said, there are some considerable benefits too when it comes to having a rooted phone. If you don’t mess with the essential system processes, there’s a lot you can do to customize and improve the performance of the phone from other areas.

Imagine a rooted Android phone as a desktop PC. You can pretty much configure a desktop however you want, as long as all the components are compatible. Rooting can even give you access to overclocking or underclocking the phone’s CPU and GPU components. You can beef up the performance or tone it down so that your phone will age slower.

More advantages include full application control. This means being able to backup, restore, remove, and add everything you want, including editing applications in batches.

One of the coolest things about having a rooted phone is the level of customization you can get regarding everything from themes to animations and everything else in between, including icons.

Most smartphones come with limited personalization options. For example, you can’t change your loading screen animations on unrooted phones.

While it is cool to have a rooted smartphone on which you can theoretically do whatever you want, compared to regular users, it’s best to exercise caution or at least inform yourself of what you should and shouldn’t change.

If you have some tips on how to improve performance by taking advantage of root access, please leave a comment in the comments section below and don’t forget to specify which model Android smartphone those tips are for.