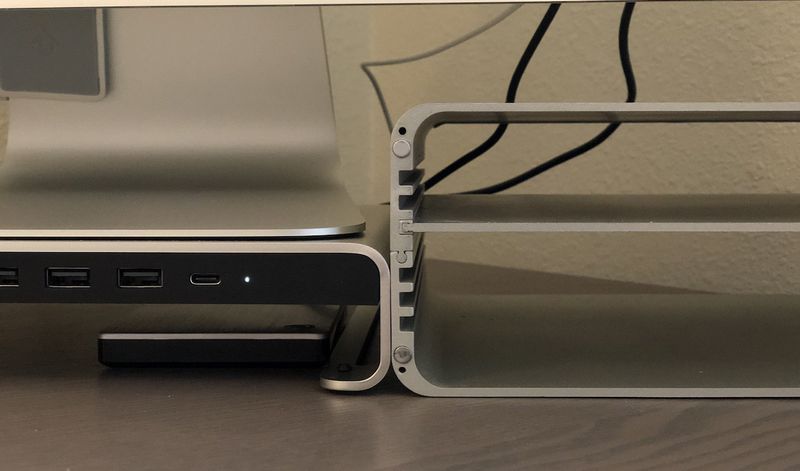 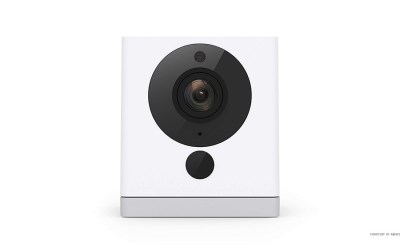 Wyze Cam is a cheap solution to many expensive problems. It’s a practical security camera that brings convenience and fantastic footage to the table. But what sets this camera apart from the popular, more expensive security surveillance systems? Well, basically, its seamless smartphone/tablet connectivity. Yes, you can always access your Wyze camera from your phone, and even use the two-way audio option to talk to whoever’s in front of the camera.

It’s a camera, an intercom, a baby monitor, and many other things in a single product. Here’s how to connect it to your phone.

What Does It Bring to the Table?

You may be wondering why you’d want to connect the Wyze cam to your phone, in the first place. Well, because smartphone connectivity is its strongest attribute. In essence, yes, the device does record about 12 seconds of footage whenever the motion sensor is triggered and uploads the footage to the Cloud. Oh, and yes, the Wyze Cam is equipped with a motion sensor with adjustable sensitivity that can even pick up insect movement if required.

In fact, you can even plug an SD card into it, which should be able to hold out about 48-hours of non-stop live footage in HD mode. When the motion sensor is triggered, the footage is recorded so you can review it afterwards. But, more importantly, you get to install a dedicated app to your smartphone/tablet device and use it to gain access to live camera footage at all times, from anywhere, as long as you’re connected to the internet.

Even better, each time the motion sensor is triggered, you’ll get notified on your phone and be able to take a look at what’s going on. You can even use the two-way mic feature to talk to whoever’s in front of the camera in real-time. So, you may be wondering, how do I set this whole thing up? 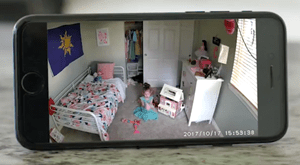 Let’s begin by unboxing the actual Wyze Cam. As mentioned, all the parts that you’ll need for the camera to function are included inside the box. You’ll find a quick-start guide, a corresponding USB cord for connecting the camera to the power source, the wall plug for the cord, a metal plate with an adhesive for the Wyze Cam’s magnetic bottom part, and, naturally, the Wyze Cam itself. 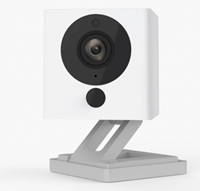 To get things started, use the USB cord and the wall plug to connect the camera to a power source. The LED light at the back of the Wyze device will turn to solid yellow before plugging it in. Once you do so, the LED light will start flashing, indicating that your camera is ready for setup.

Connecting the Wyze Cam to Your Phone

While the device itself is starting its setup mode, go to your phone and download the Wyze app from your phone’s dedicated store. Wait for it to download and install and start the app. To use the app, you’re going to have to create an account. You can do all of this on your phone. Once you’ve entered all the required info, go to your email inbox and finish the registration process by copying the unique code from the email you just got from Wyze and paste it in the appropriate field inside the Wyze app.

Now, you’ll probably see a large ‘plus’ sign in the middle of the screen with “Add New Device” written below. Press the plus sign and you’ll be taken to the device setup screen. Turn the Wyze Cam to its bottom side, move the plastic stand, and press the button in one of the corners. A female voice should say “Ready to connect”.

Connecting to Your Wi-Fi

Before moving on, it’s vital that you note that the Wyze Cam works only on 2.4GHz networks, so make sure that yours runs at 2.4 and not on 5GHz. Every router comes with a 2.4GHz network, meaning that it’s virtually impossible for you not to have it. However, dual-band routers come with an additional 5GHz option, which you’ll likely see in the Wi-Fi selection menu. Just make sure that you go with the 2.4GHz one.

To proceed, locate your 2.4GHz network on the list and connect to it by providing all the required information. As soon as you’ve done this, a QR code will be displayed on your phone’s/tablet’s screen. Use the camera to scan the QR code that just appeared on the screen. Be sure to hold the camera and the phone as steady as possible, at a distance of roughly five inches. The camera will scan the code automatically in a few seconds. If the camera’s non-responsive, adjust the distance.

If you’ve done everything correctly, you should hear the female voice from earlier say “QR code scanned, please wait”. You’ll also see the same thing written down at the bottom of your phone’s screen. Tap the words with a green background. Now, just wait for the app and Wyze Cam to finish the process on their own. The LED light on the camera’s back will flash yellow and blue, then only blue, and finally turn solid-blue, with the female voice saying “Setup completed”.

The Wyze Cam and Your Phone

Everything that you want to do with the camera, including accessing the video feed, recorded files, options, the two-way mic, is done through the phone app. This is why it’s essential that you connect the device to your phone/tablet carefully and properly.

Did the setup process go smoothly for you? Did this tutorial help? Feel free to hit the comments section below if you have any questions or advice. 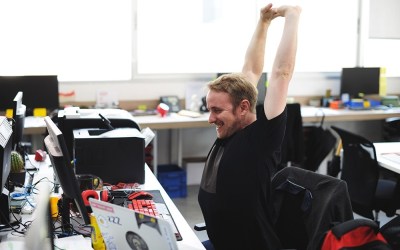 How to Use VNC Servers on Android