More than ever, phones and computers have blurred the line between each other. Like your computer, your phone operates using a series of applications to load data, connect to the internet, stream music, and more. Most of the applications on your computer have probably come from the web—for example, you’ve probably found yourself downloading iTunes from Apple’s website to listen to music, or downloading Steam from Valve’s website to play games. Maybe you rely on several different utilities downloading from the internet to control your computer. Whatever the case, you’ve undoubtedly installed applications on either Windows or Mac OS using .exe or .dmg files, respectively. Each of these file types allow the operating system to load, utilize, and install a corresponding application.

Likewise, your Android phone also operates using its own installable software. Any application you download from the Play Store installs on your device using an APK file. That’s an installable archive file on the Android operating system. So even though you’re using a store interface to search through millions of Android apps and games, the process is basically identical to installing an application on Windows or Mac OS. Android also has the ability to install APKs from outside sources, making it an operating system just as expandable as something like Windows 10.

Though Google doesn’t make this clear, it is possible to grab APK files directly from the Google Play Store’s desktop website in order to share and use those files. While this won’t allow you to circumvent the Play Store restrictions for any paid application you haven’t bought, the ability to directly download APKs from Google is still handy, allowing you to bypass geographic restrictions on applications, test apps on Chrome OS or inside an emulator on Windows, and even directly share apps to other users. While this may not be a feature everyone uses,https://www.novodasoftware.com/ knowing how to download the APKs directly from Google is a good Android pro-tip to keep tucked away for when you need it.

There are two major ways to accomplish directly retrieve APK files from Google’s site, and the best method for you really depends on whether you’re looking to download a lot of applications, or you’re looking for one specific app that isn’t offered in your geographic area or on your specific phone model. Both of these methods can be accomplished from a desktop computer, though if you’re trying to download an APK from your mobile phone, we recommend sticking to the second solution listed below. Here’s how to download an APK from Google Play, step-by-step.

Using a Chrome or Firefox Extension

This is the easiest method for downloading APK files if you’re planning to do this frequently. Instead of having to manually find the APK files online through a Google search, using an extension for Chrome (on desktop) allows you to easily access the APK file from any free app on the platform, plus any application you’ve previously purchased and bought from Google. The best extension we’ve found, the aptly named “APK Downloader” is available for both Chrome and Firefox—though unfortunately, Chrome users will have to settle for using the web-based version instead of the extension, which was removed from the Chrome Web Store. Firefox users, however, can use this Firefox extension (there are others available). 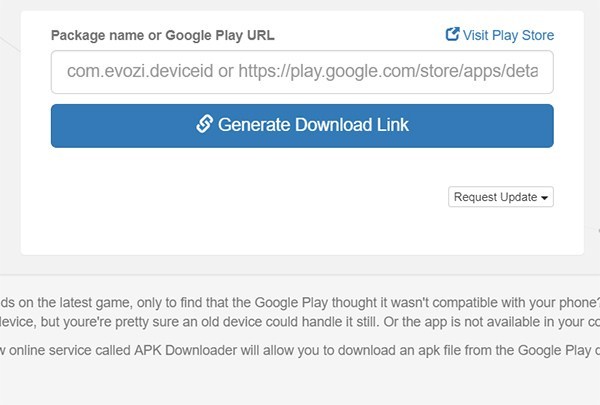 Similar to any number of YouTube downloaders on the market, APK Downloader works by simply pasting the app link into the included textbox inside the website, and allowing APK Downloader to extract the APK from the Play Store listing. It only works with free applications on the Play Store, whether you’ve purchased the app or not, so you won’t be able to use this method to share paid APKs online with friends or other internet users. What you will be able to do, however, is use the application to emulate free apps, transfer APKs to your phone manually, or anything else you would want to use a downloaded APK for. 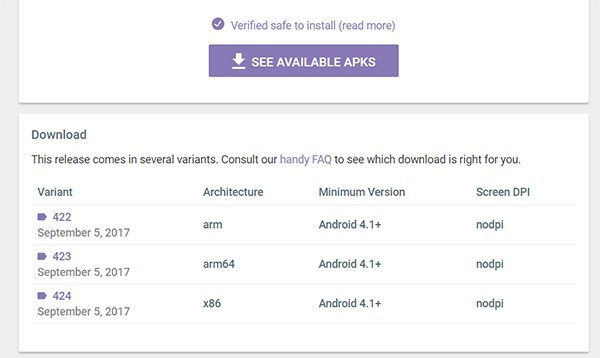 APK Downloader uses the exact file from the Google Play Store, complete with the same MD5 certificate included on standard Google-certified downloads. It’s a secure website, though it isn’t without its flaws. For one, a few of the apps we tried failed, giving us an error message and stating it could be a paid app when the app was, in fact, free. APK Downloader also timed out on us more than once, causing a full refresh of the page. Extracting the APK through their service can take up to three minutes, although it was more often than not much faster than that.

That said, the app can only be used about 1,000 times per day before the accounts used to do so become limited by Google, so if the service is flooded with users early throughout the day, you’ll be out of luck come nightfall. One other major limitation: the service uses cached versions of APKs to help navigate around the download limitations, which means you’ll want to double-check your version number to ensure you have the newest application. If the site gives you an older version than is live on Google Play, you can request an app refresh after you install it.

If you’re stuck on your phone and don’t have access to a desktop computer, or you’re looking for a simpler way to access APKs from Google Play, two websites exist to help you do just that. Though you won’t be downloading the APK directly from Google, both APKMirror and APKPure are trusted websites that help you download APKs from any application that is available for free on the Play Store. As with the extension and online utility described previously, you won’t be using APKMirror or APKPure to download paid applications; both sites have restrictions on offering any kind of pirated software. 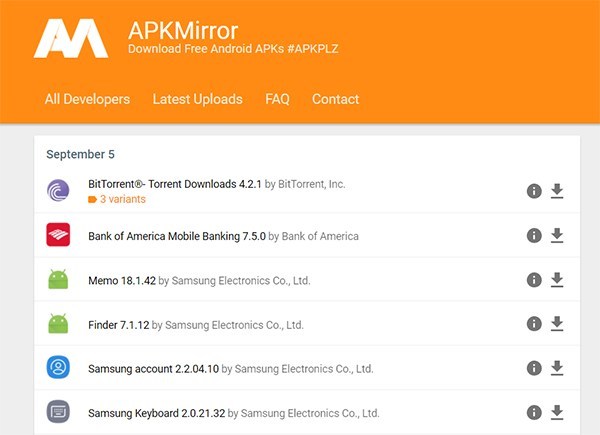 Either website will work for your needs, though we found APKMirror to be the better of the two offerings, with a design that makes it easy to browse through popular and recent APK files. Whereas APKPure resembles the appearance of an app store, complete with a rotating carousel of highlighted apps and a list of “hot” apps and games, APKMirror is more about allowing users to sideload applications for recent updates or third-party software.

It’s also a little more technical, as APKMirror allows users to download specific versions of the applications to run on their device’s architecture. Meanwhile, APKPure simply supplies a standard APK file for most phones. Both websites supply users with standard QR codes to scan and load app downloads on their phone, and APKPure also offers a dedicated application for Android, allowing you to download the apps directly to your phone without having to use your browser. 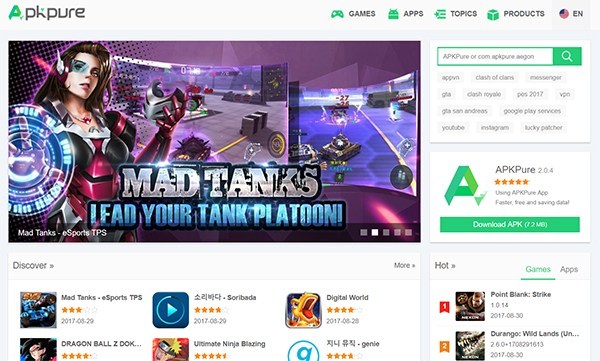 Technically, you won’t be downloading APKs directly from Google Play using this method. Despite this limitation, you’re still receiving the same APK file, without having to jump through the hoops involved with the Chrome and Firefox extension method. This APK file can still be used in any Android emulator, and installed on most Android phones. Some apps that have specific device requirements may fail if you try to install them on an unsupported phone or tablet; for example, Google’s Pixel camera application can only be installed on certain devices without taking advantage of a specific workaround. Other apps, however, like Samsung’s customized browser, can be downloaded directly to most devices as long as they’re running on recent software, despite their limitations when downloading apps from the Play Store.

To use these applications, simply head over to either website and search for the application of your choice. On APKMirror, once you’ve pulled up the most recent version of an application, tap the “See available APKs” listing on the display. This will bring you to a full list of variants for different system architectures, as we mentioned above. Some apps have multiple versions for older phones, while other apps have only one package. Choose the app that best fits your phone, and use the Download APK button to download the app directly to your device. If you’re on the desktop website, you can use the QR code generator to automatically create a scannable link to the app’s page to use on your phone.

Meanwhile, on APKPure, the process is a bit simpler. Once you’ve found the app to install, instead of focusing on your hardware variant, simply tap the “Download” button, or use the QR code on the app’s listing page to download the file. If you download the APK to your computer but need to install it on your phone, simply use a USB cable to transfer the file from your computer to your phone. 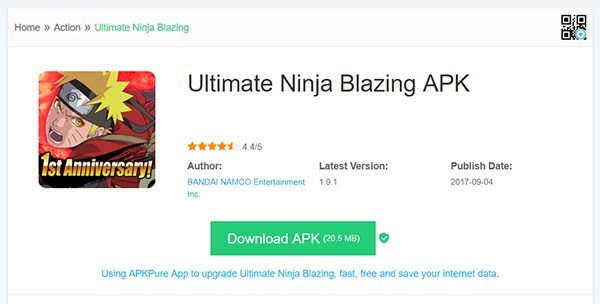 Overall, APK Downloader represents a good way to download APKs directly from Google’s own website without using a third-party service, though the limitations on the platform definitely put a damper on things. So does the lack of a dedicated extension for Chrome, though the website can be bookmarked and accessed with relative ease. There are some bugs and occasional hiccups in the service, but at the end of the day, APK Downloader is one of the only ways to grab APK packages directly from the Play Store.

If that doesn’t matter to you, however, using APKMirror or APKPure is just as easy, often without the restrictions and error messages received with APK Downloader. They don’t have every app imaginable, but they do have the majority of the software you could want on your device. Whether you’re looking for an app not supported by your phone, restricted from your location, or an unreleased, beta, or disallowed application from the Play Store, it’s easy to find on third-party APK sites. Though, as always, we recommend caution: the majority of APK sites aren’t safe for most users. If the site seems to be offering pirated applications or shady file types, don’t use the site. Instead, stick with APKMirror or APKPure, or use APK Downloader to get your files directly from Google.