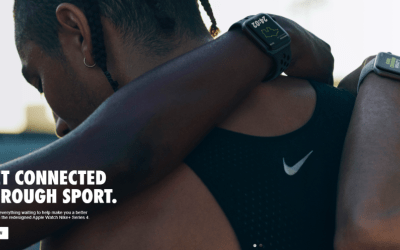 If you use Nike Run Club, you will already know that exporting data to Strava and some other tracking apps is way more trouble than it should be. I use Strava for my cycling and NRC for running and officially, never the twain shall meet. If you’re in the same situation, there are workarounds. They aren’t pretty but they work. This article will cover a selection of them.

I find it incredibly annoying when brands won’t play nicely together. The only loser is the consumer and as we are the poor schmucks paying for these services, it isn’t right that we’re the ones to lose out. Nevertheless, where there is a will there is a way. And in this case, there are several ways. As I share data with Strava, I’m going to describe exporting data from Nike Run Club to Strava. I’m sure you can do the same to export other places too.

The more time I spend with Nike Run Club, the more I like it. It’s a very focused app with a lot of support for getting fitter, making gains and tracking your progress. As most of my friends use Strava, I also want to share my progress there so we can compare notes. It’s either that or I receive random hashtag invites to Nike Challenges which can get in the way of it all. 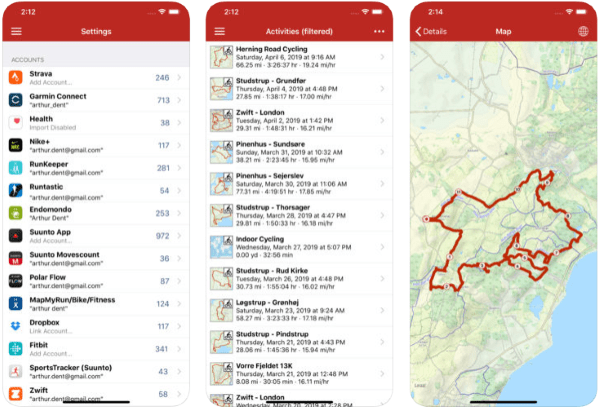 Your main options for exporting data from Nike Run Club is to use an app or a web app. I prefer to use an app rather than a random website as there is a lot of data included within an export. You can use whatever you like and I’ll link to a couple of web apps at the end.

Otherwise, I have tried SyncMyTracks for Android and RunGap for iOS. Neither let me down and both work with Nike Run Club and Strava. I’m sure they work for other fitness apps too.

SyncMyTracks is a premium app that currently costs $3.49. You can install it onto your phone alongside Nike Run Club. You have to right now as NRC doesn’t work with Android Wear. You will need to provide your NRC login to SyncMyTracks for it to access the run data but that’s it. Then, once you complete a run, the data will be collected and automatically exported to Strava.

The design isn’t the prettiest but the app gets the job done. Sometimes syncing between the app and Strava doesn’t happen so keep an eye on it. If it stops syncing, force stop the app and reopen it again. It should then pick up the data and send it to Strava.

If you use an iPhone or Apple Watch with Nike Run Club you can use RunGap. It is arguably more polished than SyncMyTracks and works with a range of services. It does the same thing though. Picks up your NRC run data and exports it to Strava. Sync is automatic and you can import data as well as export it.

The design is nhttps://www.novodasoftware.com/ice, it is simple yet effective and navigation is simple. The app is free but does contain in-app purchases. The purchases are Swag Bags and I haven’t bought one yet so don’t know much about them. They aren’t necessary for using the app though.

Both of these apps will let you export data from Nike Run Club to Strava or elsewhere. They sit alongside Nike Run Club and don’t harvest anything you wouldn’t want them to, as far as I know. Both apps work well enough and can circumvent whatever block there is preventing Nike Run Club from talking directly to Strava. 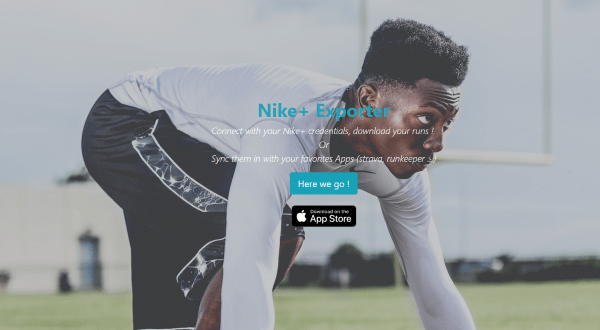 There is one web app that is often recommended for exporting data from Nike Run Club to Strava and is even mentioned on the Strava website. It is called the n+exporter and is found here. There is an iOS app too but most people I asked use the website.

Visit the website, enter your Nike Run Club account details and select Connect to Nike+. Give it a minute to access the data on your device and it will bring up a table with your runs. You can then manually select to Export a GPX or TCX file as you need.

I tried a GPX file as I know Strava uses those and it seemed to work fine. The process is manual but takes a few seconds, the file is tiny so doesn’t take much data and the upload is equally simple. Log into Strava, select the orange ‘+’ icon in the top right, select Upload Activity, select the file and you’re golden!