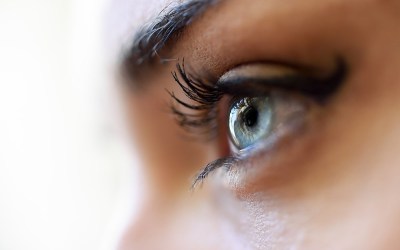 Google Photos is a great app or service to keep your images safely stored in a Cloud. But did you know it’s also possible to make minor edits to the photos? There’s a small suite of tools that allows you to alter saturation, ratio, and orientation, but Google Photos doesn’t feature the red-eye fix.

The tool was available in Picasa. However, this app has been discontinued and the software has been without the red-eye fix ever since. Therefore, you need to find creative ways to remove the problem of “red eyes” before you upload images to Google Photos.

To make it easier, we’ve categorized tips according to the operating system: iOS, Android, Windows, and macOS. The focus is on using native tools, but where none featured, the descriptions include third-party apps.

Before the release of iOS 13, iPhones featured a built-in button to remove “red eyes” from images. All you needed to do was open a photo, tap Edit in the top right corner of the screen, and hit https://www.novodasoftware.com/the eye icon on the left. Then you tap on the eyes and the redness magically disappears.

As indicated, the feature is nowhere to be found on iOS 13. There might be two reasons for this. First, that the native editing tools have undergone a major overhaul, partially closing some third-party apps. This means that the eye icon might appear only when the software identities an issue. 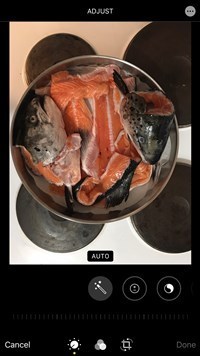 Then there’s a possibility that Apple ditched the tool altogether because it’s very difficult to capture “red eyes” on an iPhone even in low light. Given the advanced image-taking algorithm, the software might iron out the “red eyes” automatically, rendering the tool superfluous.

If you really need a good editor with a red-eye removal tool, check out Lightroom Mobile for iOS.

The situation is a bit trickier with Android smartphones as the manufactures gets to tweak the operating system to their needs. For example, Samsungs S smartphone series has a built-in red-eye removal tool. Unsurprisingly, this feature doesn’t seem to be available on Google’s Pixel smartphones.

Anyway, there are two things you can do to combat the annoying red-eye problem. Turn off the flashlight and risk underexposing the photo or resort to one of the third-party apps. Without a doubt, Photoshop Express is a great tool to remove “red eyes”. In fact, it’s one of the best editing apps, overall.

If you’re looking for something that’s geared towards the eye edits, Modiface Eye Color Studio is a great app. You get to fix the redness, change the eye color, and give yourself a reptile-like iris. But make sure the app doesn’t make the eyes look unnatural before you upload them to Google Photos.

Older versions of Microsoft Office came with Picture Manager, a small app that allows you to fix “red eyes” and make other edits. However, newer versions of Office, from 2013 onwards, ditched the tool to incorporate the Picture Manager functions into Word, PowerPoint, and Outlook.

However, there’s no red-eye fix and you probably want to save yourself the trouble of importing images into Office before you send them to Google Photos. Again, help comes from third-party apps. Those who are serious about photography can use Adobe’s Lightroom or Photoshop, but these programs are expensive and a bit of an overkill for the average joe.

Remove Red Eyes is a small tool from Microsoft office that doesn’t require advanced photo-editing skills and it’s completely free. It doesn’t offer other functions, but is arguably the quickest way to fix your photos on a PC.

If you want more out of your photo-editing software, feel free to check out GIMP. It has Photoshop-like functionality without the cumbersome UI. 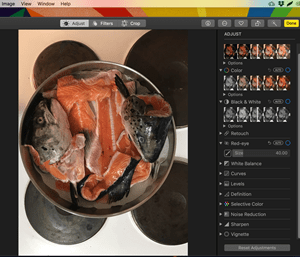 But it might sometimes be hidden. If that’s the case, click on View in the menu bar and check the “Always Show Red-eye Control” option. Either way, you can now click on the tool, select the brush size and then click on the eyes to make corrections. The great thing is that this tool can be set on Auto and it’s pretty good at removing the redness.

The tools to edit Google Photos are quite limited, but they should be enough to get your images ready for social media and sharing. Open the image and hit the sliders icon at the bottom to open the editing wizard.

First, you can choose one of the default filters that enhance the image by tweaking saturation, hue, color, and sharpness. Tapping on the sliders icon again brings up the manual color and light controls. Moving the main slider affects the entire image and you can tap on the arrow for more adjustments. 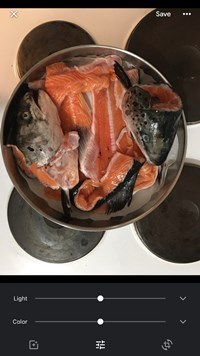 There’s also a cropping tool, located at the bottom right of the screen. The nice thing about it is that you get cropping degrees as well as an auto-crop, where you can select different aspect ratios. 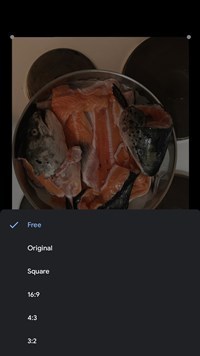 It’s surprising that Google Photos didn’t include red-eye removal with their editing tools, but this is something that might change with a future update. Until that time, you know which tools to use to get rid of the “red eyes” in photos.

How often do you get “red eyes” in your photos? What camera do you use to snap pictures? Tell us more in the comments section below.