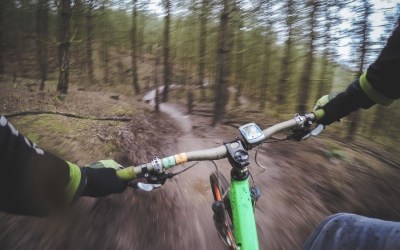 If you use Strava, you will likely already know how people can get a little carried away with capturing KOMs or QOMs, achieving PRs and going to any length to stay at the top of the leaderboard. In the vast majority of cases it’s just healthy competition. Occasionally, things can get out of hand and can include a little creative accounting. If you see that happening, you can flag a segment in Strava.

A segment is a stretch of your route that is measured both as part of a ride and as an individual stretch. Segments have their own leaderboards and are tracked separately in addition to the run or ride. Those who participate in a particular segment will appear on a leaderboard for that segment and will be ranked according to their time. It’s an extra element of competition that can spur you on to do better next time, which is the aim of most runners or cyclists.

There are always cheats and there are sometimes genuine reasons why a segment may be unsafe. It is those times that you might want to flag a segment in Strava. 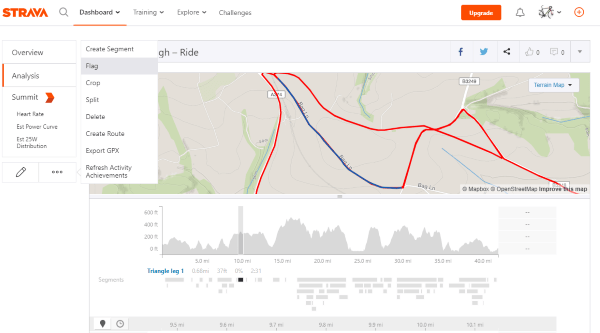 There are two types of flagging on Strava, an activity flag and segment flag. An activity flag is still relevant to segments but is an overall marker for if you think the user is cheating or their GPS has been playing up. Both types of situation happen and one is on purpose and others are genuine mistakes.

I have recorded rides where my Garmin has recorded me going up a 16% gradient at 20mph and rightly I was flagged for it. I deleted the section of the ride as it was an obviously GPS error. When this happens, Strava emails you to tell you the activity has been flagged. You can then go an edit the ride, delete it or the segment and all is good with the world again. Of course, people do this on purpose too.

Segment flagging is more about alerting other users to hazards. Strava has come under scrutiny before fohttps://www.novodasoftware.com/r allegedly ‘encouraging’ reckless running or riding and segment flagging is one way to try to avoid that. Trouble is, it is abused as much as it is used.

I have seen a few segments flagged in Strava for no good reason. Some look like they were obviously done by the previous KOM holder who couldn’t get back to the top spot so flagged it instead. Strava does have controls over this, a user can only flag a ride once and Strava will check a segment for genuine hazards if you ask them to.

This doesn’t always work though as a few mountain bike trails in my area have been flagged and remain flagged for being ‘high speed’ trails. That’s exactly what they are but are perfectly safe as long as you’re an experienced rider. 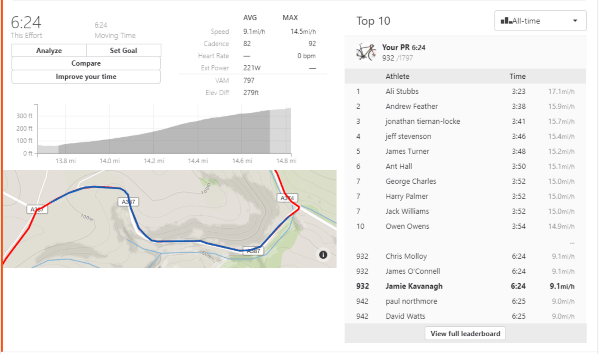 How to flag a segment in Strava

If you do come across a genuinely hazardous segment or see a dangerous one such as those going across a mall car park or through your local shopping center, you can flag it and have it removed by Strava. It’s not guaranteed that it will stay flagged but will at least remove the temptation for recklessness for a while.

Here’s how to flag a segment:

You can also get to the flag from the Analyze Segment screen.

You should give a solid reason for flagging a segment such as ‘excess traffic’ or ‘pedestrianized zone’ or something descriptive. This feature should only be used to report hazards rather than suspicious activity, that’s what the activity flag is for.

As far as I know, Strava will look at these flag reports, assess the situation using segment data and presumably local map data and either uphold the flag or remove it. The action Strava takes doesn’t always make sense but I guess given the size and scope of their coverage, the company does what it can how it can.