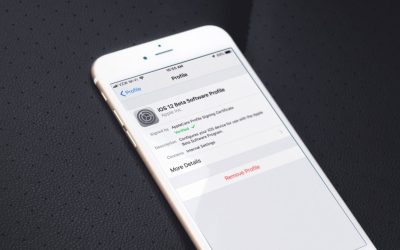 That’s because the pre-release fun doesn’t stop with the initial public release of the latest version of iOS. Apple is already working on iOS 12.1 and subsequent updates, and those with devices enrolled in the iOS beta program may continue to receive future pre-release betas.

If you’re a developer or IT manager and you need to test iOS releases early, continuing to receive beta updates may be a good thing for you, or it may be a distraction, taking time away from your day-to-day work. But the reality is that many users signed up for an Apple developer account or the public beta simply because they wanted to get early access to iOS 12.

Now that the operating system is officially available to everyone, these iPhone users may not want to risk continued instability in their iPhone or iPad by remaining in the beta program. They don’t want to check for bugs, which is one of the primary roles of a beta tester

By unenrolling your device before you receive any iOS 12.1 betas, you’ll be back on the normal public update cycle and only receive final releases of any subsequent iOS updates.

Maybe you want to leave the beta program permanently or maybe you’re just ready for a little break from the iOS beta program with the intent to return to the Apple iOS beta tester program at a later date. 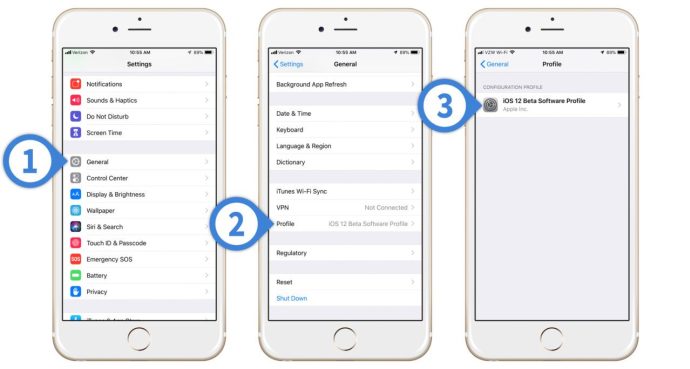 Note: Depending on the configuration of your iPhone and any requirements from your work, school, or organization, you may have other profiles listed here as well. Do not remove any profiles without first consulting the IT department of your work or school. 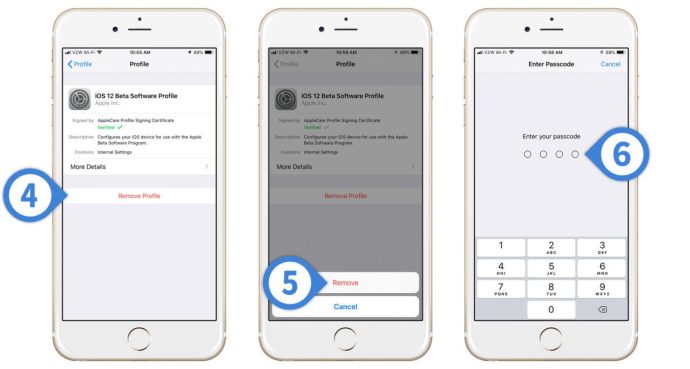 Once you’ve removed the iOS beta profile, your iPhone or iPad will only receive software updates when they are finalized and ready for public release, meaning that most of the bugs have been worked out.

If you ever want to rejoin the iOS beta program, you’ll need to re-install the correct profile again.

What If My iPhone or iPad is Already Running the iOS 12.x Beta version?

For those who want to leave the iOS beta and start receiving only publically available operating system updates again, the key is to unenroll your iPhone or iPad in the period of time between the final public release of a version of iOS and the first beta update of the next version. But what if you’ve already installed a beta version of iOS 12.1 or higher?

If you leave the beta program before the public release of iOS 12.1 (or whatever version of iOS you are working with), your iPhone of iPad will not revert back to the public version of iOS 12.0. Instead, you’ll be stuck on that particular beta version of 12.1 until the final version ships sometime in the future, meaning you’re kind of stuck in beta tester limbo for a little while.

The best plan for most iOS users is to, therefore, wait for the final build of iOS 12.1 to be publically released, and then immediately unenroll their devices from Apple’s iOS beta program at that point.

If you must leave the iOS beta program right now for some reason, the only way to do so is to completely restore your iPhone via iTunes to the most recent public build of iOS. This seems like a lot of hassle to go through just to get out of participating in a beta program, though.

The problem is with a restore to the most recent public build of the iOS is that you won’t be able to use your most recent backup.

Since it was made with a newer version of iOS than the one you’re restoring to, you will lose any local data that was created since your last backup that was made on the public version of iOS.

If you enjoyed this article, you might want to check out this TechJunkie post on the best multiplayer games for iOS – May 2019!

Have you participated in the Apple iOS beta program for iOS 12 or any other iOS version? If so, we’d love to hear about your iOS beta testing experiences in the comments below!