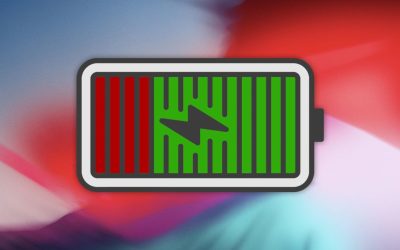 As iOS grows increasingly complex and we rely on our iPhone and apps more and more, battery life has emerged as one of the most important features in Apple’s mobile ecosystem. Apple has recognized the issue, putting more and more resources into developing battery health features for the iPhone.

Many users report that having the battery run out is the most frustrating problems they encounter when using mobile devices.

This new battery management feature, which provides battery usage by time and app, follows the company’s introduction of a battery health feature in iOS 11.3.

Though iOS 12 does include the battery health features, the new battery usage statistics offer much more useful information to help iPhone users get the most battery life to get through their day and use their phone when they need it.

First, let’s take a look at the battery health feature. This won’t be new to users of current devices with iOS 11.3 and up, but it’s helpful to get a reminder of where to find this information. 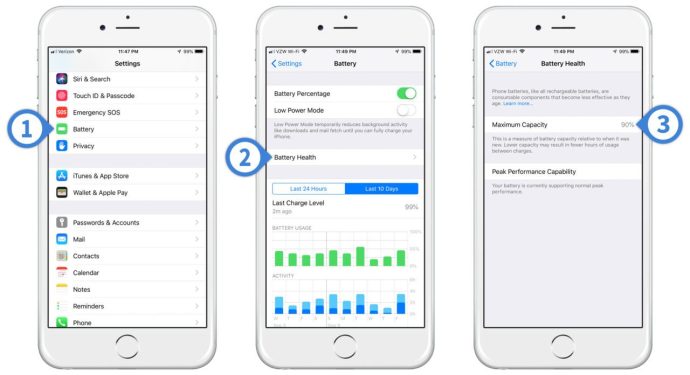 You’ll be given the approximate health of your iPhone battery as a percentage, with a brand new battery showing battery health of 100 percent.

This feature will also tell you if your battery is strong enough to operate at “peak performance,” which is the short bursts of maximum power when demanding apps call for it.

As you battery degrades over time, your device may no longer be able to hit peak performance as the battery won’t be capable of delivering that short-term higher power level that you need at such times. 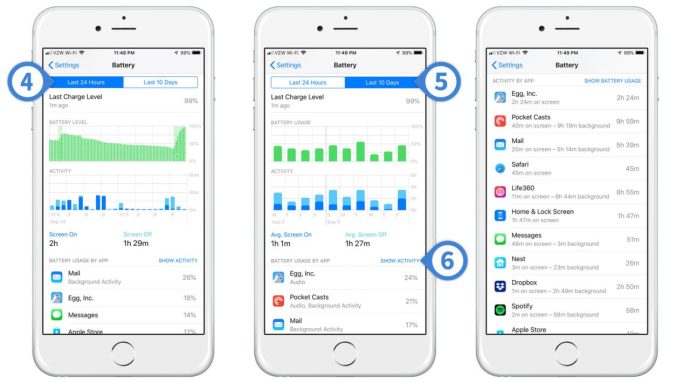 Battery usage activity helps you identify the efficiency of your apps. For example, in the example screenshot above, the iOS game Egg, Inc. accounted for 24 percent of battery usage over the past ten days but was only used a total of 2 hours and 24 minutes during that time.

Comparatively, the podcast app Pocket Casts accounted for 21 percent of battery usage during the same period but was used for just under 10 hours.

Obviously, there are more factors at play in this specific example (game vs. audio player, on-screen vs. off-screen usage, and so on) but this information applied to your own applications can help you identify apps that are battery hogs and make decisions about which apps to prioritize when battery life is an issue.

When you’re running https://www.novodasoftware.com/low on battery life and don’t have a charger or source of power immediately available, you can adjust your app usage accordingly. Likewise, if you’re out and about and need your battery life to last, you can delay using battery life draining apps for later.

Information about app-specific battery usage was available in the previous version of iOS, but putting it all together along with usage graphs and battery health information in iOS 12 means that users now have a single, easy to understand indicator of exactly what’s going on with their iPhone battery, enabling you to manage your iPhone battery life much better.

Mobile device batteries are consumable components that naturally degrade in performance over time.

If you have an older iPhone, therefore, you may have noticed a decrease in battery life.

If the iOS 12 battery health indicator shows that your battery health percentage is low, or if you notice that battery life is short despite running power-efficient apps, you may want to consider replacing your battery with a new battery that will enable you to operates your phone at 100% capacity. 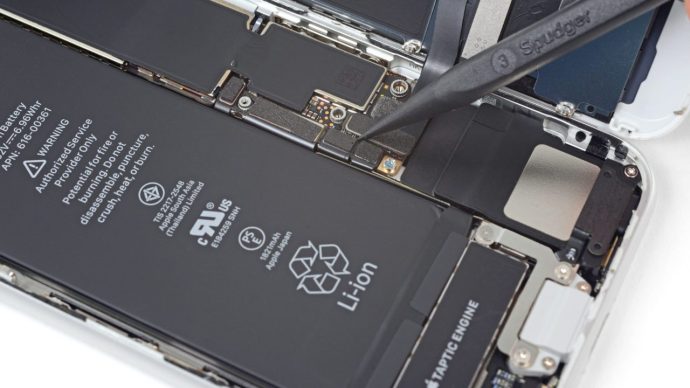 If you want to go the third-party route, it’s best to stick with an Apple Authorized Service Provider. Companies that hold this qualification are specifically trained and certified by Apple, which means that you won’t void your warranty if they mess something up.

You can still go with an unauthorized provider, but make sure that the company performing the service itself has some kind of warranty and that it’s established enough that you can be confident that the warranty will be honored in the event of a claim (i.e., someone doing iPhone battery replacements out of their van or at a temporary mall kiosk might not be the way to go).

Also, note that this service may void any warranty you have with Apple so be prepared to have future warranty claims denied if you need to return to Apple for another type of service later.

Finally, if you’re technically inclined and simply don’t care about warranties, it’s possible to perform iPhone battery upgrades yourself in many cases.

It’s not generally a good idea to attempt to service your iPhone, or any Apple products, as Apple is known as a company that’s very proprietary in the hardware they use and have very explicit legal language on the effects of trying to service their hardware on the service agreement. But, if your phone is not under warranty or you’re not concerned about the effects of servicing your own phone will have on your warranty you could attempt this fix yourself.

It is important to make sure you purchase the correct battery model from a reputable vendor, acquiring the correct tools, and finding the appropriate guide, such as these iPhone battery replacement guides covering iPhones from the iPhone 5 on up to the latest iPhone.

If you found this article useful, you might enjoy this new TechJunkie article: iPhone Battery Icon Yellow – What Does It Mean?

Do you have any suggestions for managing your battery’s health and life for an iPhone running iOS 12? If so, please leave us a comment below!