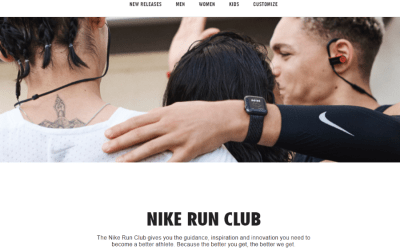 Nike Run Club is the sportswear giant’s answer to Strava. It’s more of a curated experience than the self-discovery of its competitor but the ability to track activities, share results, find new places to run and socialize is much the same. How do you use Nike Run Club? How does it differ from Strava?

Nike Run Club differs from Strava in a few key ways. The main one is that runs are mostly created for you by Nike’s people. In Strava you create and track your own runs and share them with friends. In Nike Run Club, the runs are created by Nike and shared universally. There is a Nike Places heatmap where you can see what’s going on around you but it isn’t anywhere near as good as Strava.

The second main difference is the intent. Strava is both a data tracking app and a social app. Nike Run Club is mainly about the running. You can share data and socialize with your phone contacts but not so easily with the wider world. You can share runs with others but it isn’t the central intent of the app. 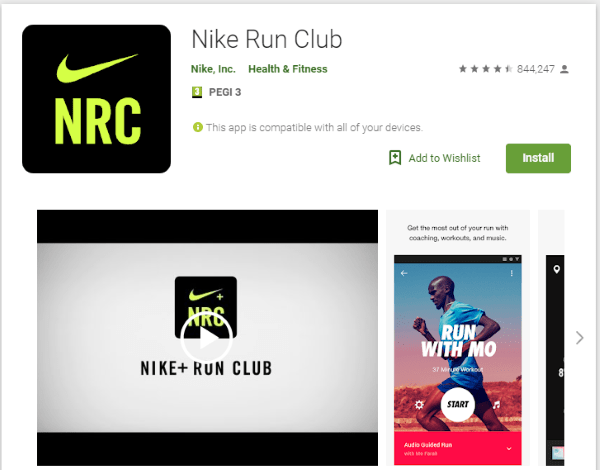 Using Nike Run Club is as simple as downloading the app on Android or iOS. The iOS version will work with the Apple Watch if you don’t want to run with your phone. It is not yet compatible with Android Wear as far as I can tell. You will need to set up an account, enter your age, height, weight and any other pertinent detail you want. Then you’re ready to go.

If you’re starting out, a curated run might be a good place to begin. There are two beginner runs, First Run which is a guided run with audio prompts that lasts 23 minutes. The First Speed Run is for intervals and includes 8 x 1 minute intervals along with a moderate pace.

If you’re new to Nike Run Club, these beginner runs are a great idea. Once you’re used to running, Ladder Up, Ladder Down is another guided run that gradually extends the duration to help you improve.

Once you have a few beginner runs out of the way and you have found your stride, you could move on to My Coach training plans. Specifically, the Get Started plan which will guide you through getting into running more frequently over four weeks. It takes you from ‘Couch to 5km’ and is the ideal place to begin developing your running.

Another, eight week plan takes that much further and you can then use distance specific plans to reach 10k, 15k, half and full marathon distances. The training plans are straightforward to use. You answer a bunch of questions about your level and your goals and the app will deliver a training plan. Follow it as closely as you can and the app tracks progress and walks you through the entire process.

Much like Strava uses PRs, Nike Run Club uses Benchmark Runs. Where Strava includes these within an activity and tracks them automatically, Nike will make a thing of it and create a purpose-built run specifically for a benchmark. Much like an FTP test, this is a periodic measure of fitness over 15 minutes with a warmup, 3 minute maximum effort, and warm down. All with audio prompts.

Nike Run Club uses data from Benchmark Runs to recalculate your pace, time, distance of whatever goal you’re chasing so you are constantly improving. 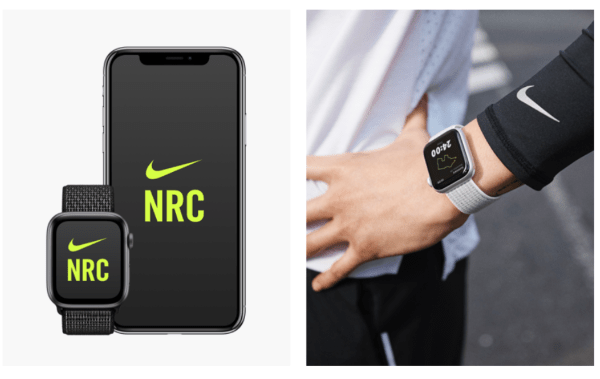 By now, you will have used Nike Run Club to get off the couch, do your first 5k, will have done a couple of training plans and a Benchmark run or two. What’s next? A Nike Challenge. These are a range of global challenges that will be shared on social media that you can participate in. You can even create your own.

They are all mileage challenges but the element of competition means there is always something new to try. Results will be shared with other challengers and on your social media for that little extra competitive boost.

Check out your Nike Achievements

Nike Achievements are lihttps://www.novodasoftware.com/ke Strava Badges and are awarded for signature goals. They are not yet as varied as Strava and are still mainly about duration or miles but there are also awards for running on your birthday, at Christmas, for chaining runs on successive days and a few others.

If you’re goal oriented, chasing an achievement or fulfilling a challenge adds that extra little something to the app.

The Nike Run Club app is a polished, fully-featured run app that has been improved massively over the past few years. I didn’t use the old version but people I asked said the new app is many times better. With a ton of features I haven’t even touched yet and the audio element, Spotify Pace Station, Power Song and more things I have yet to try, I think Nike Run Club is an excellent option for anyone wanting to get out there and run.