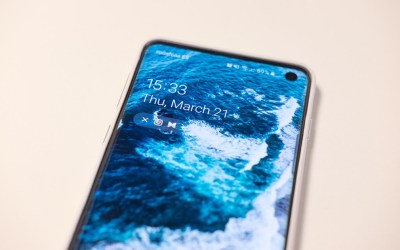 The Galaxy S10 is the first Samsung phone to feature built-in split screen functionality for running two apps at the same time. Although you can split the screen in older models too, it’s the preinstalled app called One UI that makes things happen.

Here’s what you need to know about the One UI, split-screen mode, other features, and what to expect from future installments of the app.

It’s important to remember that before you can use the One UI properly, you shouldn’t have any apps that you want to work on already opened. Follow these steps and you won’t go wrong.

This process will enable you to view the first opened app on the screen while you search for the second one.

Note that you won’t have to reopen the recent apps tab. Once you’ve made your first selection, the first app will be locked on the top side of the screen and the list of recent apps will remain visible at the bottom of the screen.

If you want to open a new app, instead of a recent app, you can just tap the Home button and select a new app from your Home screen. The second app will occupy the bottom portion of the screen.

Configuring Your One UI Experience

The One UI makes it so that the two apps you’re using, regardless of which they are, always split the screen 50:50. But, in standard mode, the apps will be on top of each other. In order to get them side by side, you’ll have to rotate the screen.

You can also adjust the allocated screen space that each app uses. You’ll notice that there’s a clear divider between the two apps. If you tap the divider and then drag it to the left or right, you can give more space to one of the apps.

You can also change the secondary app at any time. Simply close it and open up a new one. However, you won’t be able to close the first app and replace it with another. Doing so will terminate the split-screen mode.

Another way to end the multitasking session is to bring one of the apps into full screen mode. Again, you will be able to use the divider.

How to Get One UI

If you’re a proud owner of a Galaxy S10, S10e, S10+, or S10 5G, you won’t have to bother downloading and installing the One UI app. These phones were the first to have the One UI app pre-installed and ready to use out of the box.

If you’re using an older Samsung Galaxy, then you will have to download the app from Samsung’s website here. Now, not all Samsung phones will support One UI, since it’s based on Android Pie 9. Therefore, only Galaxy models S8 through S10 are compatible. But even then, you could expect some glitches in the older S8 models. 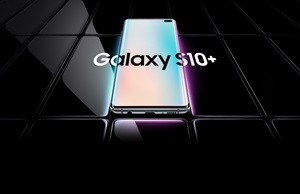 While One UI is more than fine for now, a 2.0 version is expected once Google releases its Android Q, the latest Android installment. The One UI 2.0 will likely be based on Q and it should run smoother and have a wider range of features. Until the Galaxy S11 rolls out with either One UI 2.0 or 2.1, what do you think about the functionality and applications of the currently available One UI?

Is it really a multitasking toolhttps://www.novodasoftware.com/ or is it more of an enhanced browsing feature? Do you use it often or do you find the screen too small for the application to be used to its fullest potential? Let us know in the comments below.