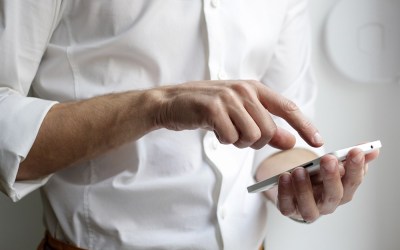 Since the rapid expansion of the internet, a few major cybersecurity incidents have led to an increased awareness – and even paranoia – among internet users about the safety of their personal data. Some of them even believe that they are being watched and listened to.

The latest such incident is the Facebook – Cambridge Analytica scandal, when the news broke about a consulting group using millions of Facebook users’ data for political advertising. This raised important questions about the boundaries of privacy and if it actually exists online.

Many people have started complaining about a weird occurrence. When they talk about a holiday, a product, or some needs and desires, they often see an advertisement online that’s related exactly to that. So, does this mean that their phones are listening in on their conversations?

Let’s delve further into the question.

When your microphone is constantly on and you intentionally allow apps to use it, the answer is simple. Your phone is listening to you and is on standby all the time. But the real question is – is anybody else listening beside your phone?

The two most popular smartphone operating systems, iOS and Android, have voice assistants built into the devices. They are supposedly in a ‘sleep mode’ until you turn them on with a trigger command. For Google, you need to say “OK, Google,” while for Siri, the command is “Hey Siri.” Once these words come out, the phone will instantly react.

Google even went so far to leave out the microphone and video camera from some of its new devices due to concerns about privacy. Its property assistant gadgets such as the Google Nest Hub and the Home Hub don’t have a built-in microphone. This further fuels concerns that these devices can record anything we say at any time.

How Do Websites Collect All This Data?

Everything that we do on the internet is recorded with a sophisticated technology that aims to give you personalized ads. You always leave bits of your own data on websites which are known as electronic markers or ‘cookies.’  That’s what you consent to when you accept to grant websites permission to use cookies. Web marketers then use the same data to target you with products that fit your desires.

Dr. Peter Henway from Asterisk, a cybersecurity firm, agrees that both these devices hear much more than their manufacturers tell us. He says that if you enable certain permissions for linked apps such as Facebook or Instagram, you allow them to structure a unique advertisement plan according to your voice.

He says that on some occasions, segmenthttps://www.novodasoftware.com/s of your conversation with others go back to apps such as Instagram, but nobody knows what triggers it. Henway confirmed that the apps are using microphone permissions from time to time. For example, if you’re talking about a holiday in Egypt and the permissions of the app trigger, there’s a big chance you’ll see a lot of Egypt-based booking ads in your ad space.

Unfortunately, when you agreed to the terms and conditions of any of these apps, you have given them legal permission to gather your data.

The 1998 Data Protection Act declares that if a person consents to their data being used for a specific cause, the practice is legal. When you install an app such as Facebook or Instagram, it will ask you if you agree with the app collecting your data.

Furthermore, when you allow the app permission to use your microphone, you are giving that company full right to occasionally eavesdrop on your conversation and gather data for its ad campaigns or something else.

How Do You Stop It?

Some say that you can prevent your phone from listening to you by disabling the microphone permissions. However, this will prevent most of the apps from opening. Other than that, you may only throw away your smartphone, Mac, or any other device. So in other words – you can’t do much about it.

Apple co-founder Steve Wozniak quit Facebook in the wake of the Cambridge Analyitica scandal. He presented a grim reality in a recent interview. He pointed out that the small gadgets can now measure your heart rate, and that devices such as Alexa have already grabbed headlines due to the privacy concerns associated with them. He asks – Maybe the phone is listening to me right now?

Wozniak says that there’s no way to stop it – either you get rid of all smart devices and social platforms, or websites like Facebook offer people to pay to keep their privacy intact, thus regaining their trust. For example, premium members don’t have their cookies collected and data sent to advertisers.

Is Phone Surveillance the Future?

It may look like Facebook or Instagram are listening to you all the time, but this isn’t the case. This would require apps to record all data from millions of users at all times, which would quickly fill out their cloud storage. The occasional mic trigger probably happens, but still not on a scale that should get you worried.

All the apps and websites have their means of collecting data which are more efficient and easier to store, and they are doing it all the time. What can we do about that and what do you do to protect your data? Tell us all about your data protection methods in the comments section below.