Norton antivirus utility was first launched in 1991 by Symantec. However, the company has since then sold its Symantec name and enterprise to Broadcom and has been rebranded to NortonLifeLock. The Norton Antivirus has worked round the clock to improve its product and has established itself as a leader in the cybersecurity industry over the years.

Norton has created something quite exceptional with its 360 antivirus package that easily tops its competition to be one of the best antivirus software on the market. Here’s an in-depth review of the Norton 360.

The Norton 360 comes with 5 core security features to protect its users and they include:

In terms of cybersecurity, Norton consistently ranks as one of the top performers on the market with no doubt on its powerful antivirus application. With perfect results in defending against various types of malware, Norton has made a mark for itself among other big names like Bitdefender and McAfee.

In addition to those, Norton’s Full Scan was completed in under 2 hours – a relatively faster time than most, and it even allows other operations to run simultaneously without slowing down. The Full Scan is able to detect and quarantine all malware hiding in your computer.

First-hand testing has worked to double-confirm Norton’s excellent reputation for its antivirus engine that is also lightweight, fast, and easy to use. It is definitely without a doubt that Norton deserves a gold medal in terms of malware protection.

In fact, the company is so confident in its services that if your device somehow goes get infected and Norton is not able to remove it, you will get a complete refund under their “Virus Protection Promise” policy. While this is a generous offer, many other antivirus brands also offer similar guarantees.

Norton employs a Cloud system to securely store all your important files remotely. The storage memory depends on which subscription plan you opt for. The 360 Standards includes 10 GB of Cloud Space, Norton 360 Deluxe has 50 GB, and finally the Norton 360 Premium offers 75 GB of space.

It is well noted that these offers are much more generous than their competition. For example, Comody’s Internet Security Complete plan offers a maximum of 50 GB storage while Kaspersky’s premium Total Security only offers a 2 GB Cloud storage for important files.

With Cloud Backup, users get to enjoy convenient access to files across various devices anywhere in the world, as long as there you have internet access. The best thing about it is that you are not tied down to only one device, and need not worry even if they get damaged, lost or stolen.

Other than extremely convenient, Norton’s cloud storage also works efficiently to protect against ransomware. Hackers these days will encrypt your sensitive files and force you to pay a ransom to decrypt it. This is where the Cloud Backup works to defend against this type of threat. Your files are always securely backed-up on the service provider’s server, so even if the original files get encrypted, you will have a copy of it with Norton.

Furthermore, the Cloud Backup features a very user-friendly interface. During set-up, Norton offers users the option to select files they want to back up, where and how often they want those files backed up. The files that you can choose to backup include pictures, office documents, and emails.

You can set Norton to run weekly or monthly scheduled backups, so you won’t need to manually do it every time. The best part is Norton’s “automatic backup” feature that works to back up all your files when you’re not using the computer. This significantly minimizes the chance of losing any data, without causing a major slowdown in work processes.

While there are other cloud storage spaces available such as Dropbox and Google, Norton’s Backup feature offers a much more superior performance, mostly because of how easy it is to run it. Overall, Norton’s Cloud Backup is one of the most excellent cloud storage services you can find online.

Upon setting up Parental Control, Norton even prompts users to install the “Norton Family” app on your child’s device Unsurprisingly, the app requires a lot of device permissions and Norton even took the effort to explain why each permission is required. This is great as it shows that Norton is very careful and transparent about user privacy.

The Parental Control feature even lets the user limit how much time their children can spend on their device per day. You can even impose a set curfew to disable some of the apps after a certain time of the day.

While this may be a little strict, there’s an option where kids can take a look at the House Rules imposed on them to see how Parental Control monitors and restricts their access. Fortunately, there isn’t a way for the child to disable this function, so you need not worry about them tampering with this feature.

On top of that, Norton will even send a weekly report to the main user on the children’s activity on their devices. The report contains a lot of details on their online activity without spying on your kids’ communications. While there is plenty of software available with this type of function, Norton maintains a respectful approach to monitoring your kids.

Norton’s Parental Control are quite amazing as it is with their user-friendly interface and extremely detailed customization options. However, this feature is only available for the plans that support multiple devices, such as Norton 360 Deluxe and Norton 360 Premium.

Norton 360 Secured Virtual Private Network is known to have a strict “no logging” policy available for their users. This eventuality means Norton 360 will not save your browsing history every time you use its VPN service, which will keep your online activities private.

While some free VPN companies usually track their users’ browsing history. Internet traffic is usually sent through Norton via the VPN and it is highly encrypted. This result means that the company that intercepts your traffic will not see what you are doing.

Since your information is encrypted, it prevents hackers from spying on you while using the internet. Whether you want to avoid ISP data mining and protect yourself from hackers on public Wi-Fi networks, download sensitive files, or unblock geo-restricted streaming content, a VPN is a must.

Norton VPN’s speed is disappointingly slow, but Norton VPN can still provide most users’ services despite its slow speed. The “no logs” privacy policy and unlimited data availability are a great advantage for many competitors. Norton 360 is also easy to use, and all plans are inclusive unless you plan to use it to stream Ultra HD video from a server in the US, you should find one that perfectly suits your needs.

Although Norton once holds a bad reputation for being sluggish and complicated to use, fortunately, that is long in the past. Norton has spent years developing and improving their interface to create an easy-to-use and efficient antivirus application that is pleasing to use.

The installation will only take a few minutes and the service provider even includes a guided tour to help you set everything up with ease. On top of that, users get to even choose between 2 different interfaces: “My Norton” and “Classic” option, depending on individual preferences.

Norton’s software even offers a very high level of customization to let users make the most out of the software. You also have the option to exclude certain folders or files from going through the scan to help you save time. On top of that, users can even arrange for scheduled tasks to run, such as clearing browser history and automatic backup.

However, there is one minor complaint regarding the interface. Norton does not offer a desktop application for its Password Manager – it only works as a browser extension, which should not really bother most users. All-in-all, Norton is very fast and simple to use. It should be able to keep most users, whether you’re a novice home user or cybersecurity geek fairly satisfied.

The FAQ section on Norton’s website is very comprehensive and well-organized that users can look through for help. Unlike most companies, it is noted that Norton does not an email support option. While it is not the best format for support, the email support option is still one of the most favored modes of communication by users.

The live chat section immediately directed me to an agent online who was extremely helpful. Norton’s technician will offer to take the remote access of your computer to help resolve your issues. However, if you decide against it, they will be more than happy to give you a step-by-step guide to walk you through your problem.

Their 24/7 phone support is handled by a helpful and polite technician that was able to answer any questions you have. Overall, Norton offers plenty of great support channels to assist customers through any difficulties.

Norton has a wide range of different pricing solutions with several core features and some sophisticated offline add-ons (identity theft protection) as you go up the pricing plans. Here is a list of the various subscription plan available on Norton:

Here is what Norton 360 has to offer in terms of pricing;

PROMOTIONAL PRICING FOR THE USA for the first year

*Available on annually priced products only.

The most basic package, even though it’s not basic in any way, shape, or form, Norton 360 Standard will give you:

It’s the cheapest package deal, at just $34.99 annually, including $45 off the subscription price. Remember, you’ll only be able to use this Norton 360 package on 1 device.

The Norton 360 Deluxe is a bit more expensive than the Standard 360. But it comes with some important additional features. You are likely to get almost the same package as the previous Plan has. But there are some specifications and additions:

Norton 360 with LifeLock Select has a more significant increase in price from the Norton 360 Deluxe package even though it is worth it. The user will access the main features described above, including firewall, password options, access control, and possible refund.

Norton’s web protection software has been the standard for quite some time, and now the company has released a special edition of its Norton 360 program specifically for gamers. Norton 360 for Gamers  for your first year of protection for a limited time (terms apply). It offers the same service the company is known for, with some special features optimized specifically for playing games. This includes turning off most notifications while playing in full-screen mode, monitoring the web for your gamer tags through its Dark Web Monitoring feature powered by LifeLock, and much more. The best part is that it’s currently discounted, so you can get protection at a good price.

Norton 360 for Gamers gets you protection on up to three devices, which can range from PCs and Macs to iPhones, iPads, and Android devices. It comes with a 60-day money-back guarantee with annual enrollment, which you can use to get a refund if you’re not satisfied with the software’s performance. 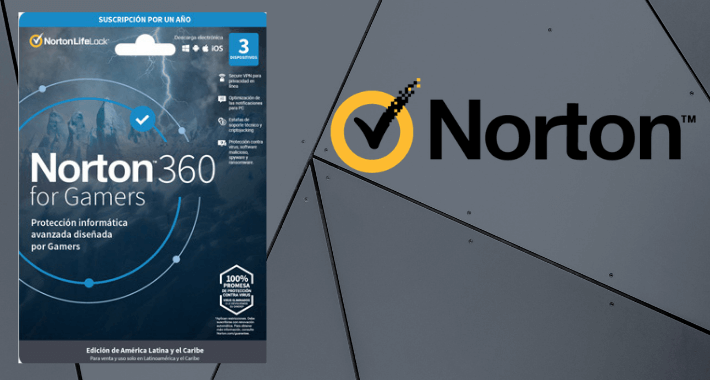 Is there a free version of Norton antivirus?

There are some free Norton cybersecurity tools available for download for PC users, but unfortunately, none for Mac users. These tools include a virus scanner and password manager. However, none of their popular products come with free versions.

Is Norton compatible with my operating system?

Norton is compatible with major operating systems to suit Windows, Mac, iOS, and Android users. However, you’ll need to have the versions below to be able to use the app:

Android: Android 4.1 (Jelly Bean) or above

Norton’s antivirus software does scan external hard drives for viruses. Just make sure that your external hard disk is connected to your computer during the Full System Scan. 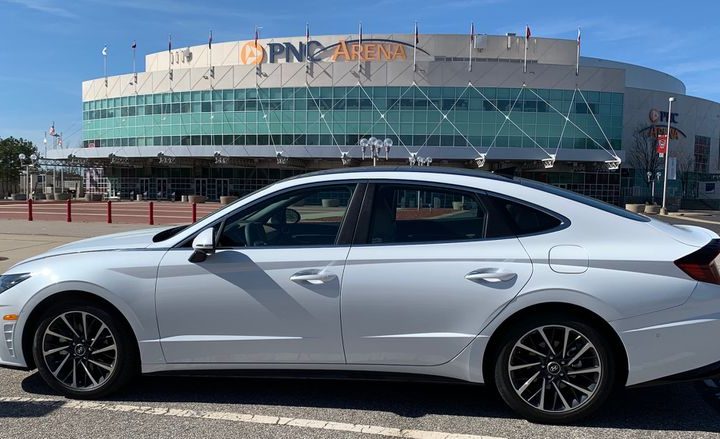