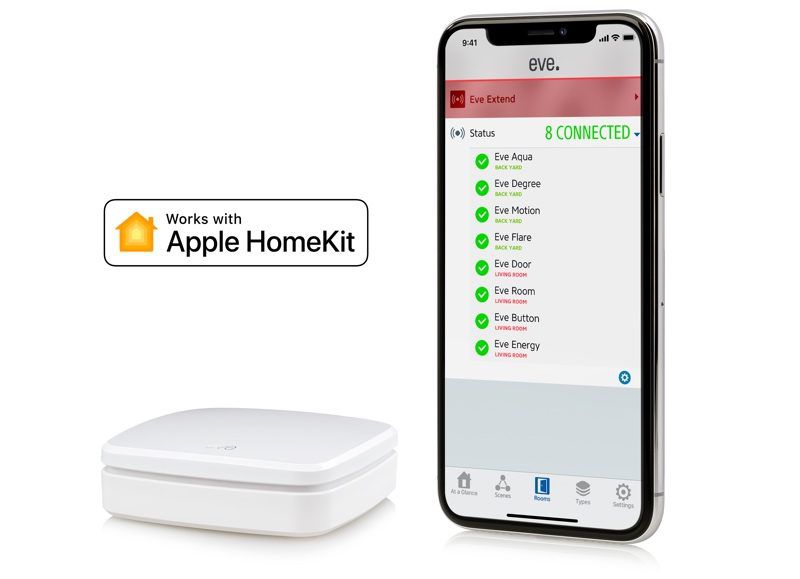 Eve, known for its line of HomeKit-enabled smart home products, recently came out with an accessory called the Eve Extend, which is a Bluetooth range extender that’s designed to work with existing Eve products.

Many of Eve’s HomeKit devices work over Bluetooth, and while that often works fine, in larger homes, Bluetooth connectivity can be problematic because it can be limited in range. Bluetooth products need to be within range of an iPhone to be controlled, so for situations where Bluetooth connections are spotty, Eve came out with the Extend.

Not every household is going to need the Eve Extend, and it is a product that is specifically designed to work with existing Eve devices so it’s a little bit more niche, but something worth exploring for those who have invested in the Eve ecosystem.

Eve has multiple Bluetooth products, so the Eve Extend, which costs $50, works with devices like the Eve Aqua, Eve Motion, Eve Flare, Eve Door, Eve Room (new model), Eve Energy, Eve Weather, Eve Degree, and Eve Button. Eve says it works with all Bluetooth Eve accessories with the exception of the 2015 Thermo and the 2015 Eve Room. 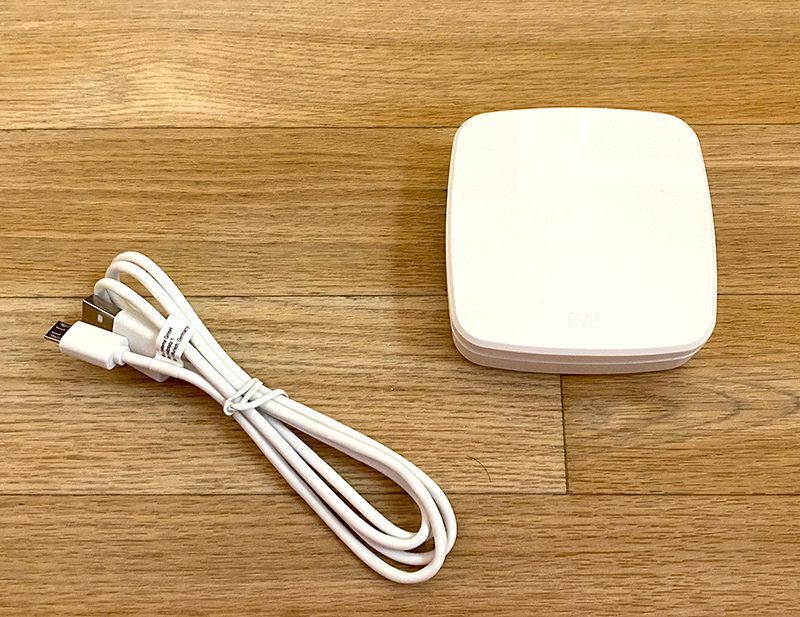 Eve Extend is a small square-shaped white plastic box that can be placed in a central location in the home to add WiFi connectivity to Bluetooth-enabled Eve accessories, allowing them to be controlled from anywhere. You can also use multiple Eve Extend boxes if a home is particularly large. 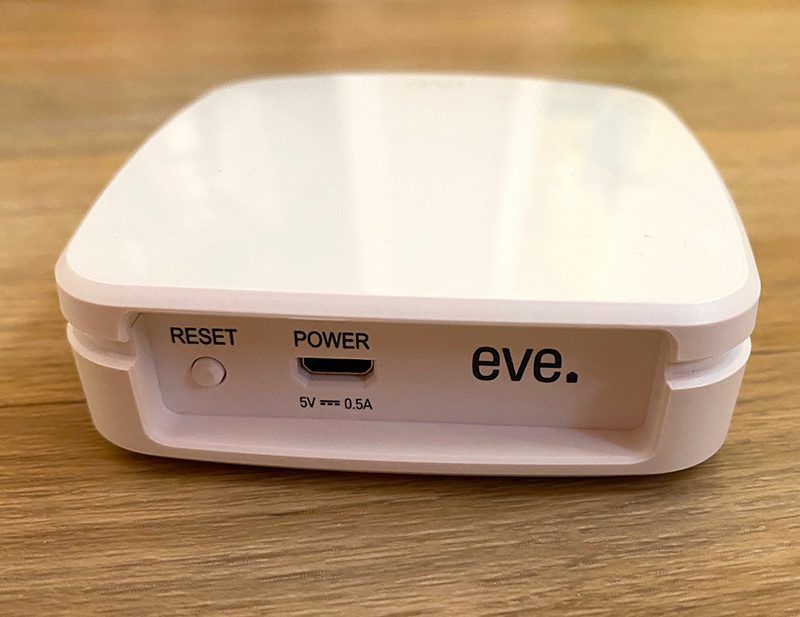 The Eve Extend needs constant power to work, and it comes with a micro-USB cable and a power adapter. I wasn’t much of a fan of the Eve Extend’s cord and I would have preferred a built-in plug for the device. 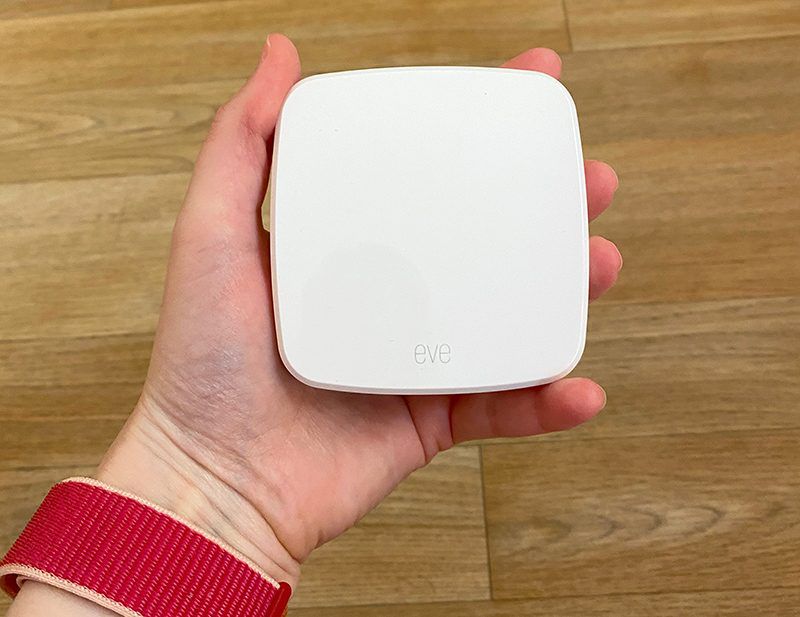 Since Eve Extend uses a cord and power adapter (I just plugged it into an iPad adapter), it can go anywhere in the house that it needs to go. If, for example, you have an outdoor Eve product that’s often out of range such as the Eve Aqua, you can put the Eve Extend close to the outdoors, improving connectivity.

The Eve Extend is simple to set up, connecting to either a 2.4 or 5GHz WiFi network. Like other ‌HomeKit‌ products, it can be added to your setup by scanning the ‌HomeKit‌ QR code with your ‌iPhone‌. 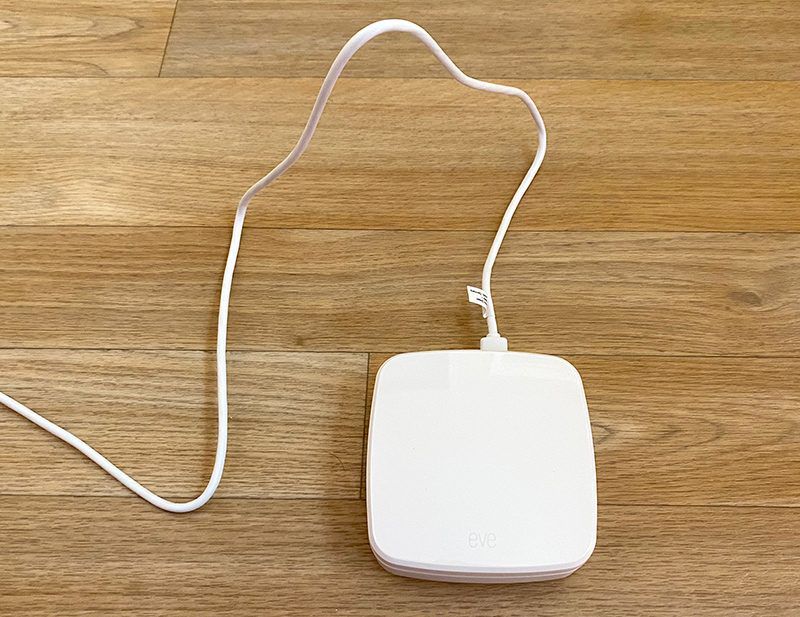 I didn’t have issues setting up the Eve Extend, but I did come across some reviews from people who haven’t been able to use it with Google WiFi systems, so there may be some setup problems that should be investigated prior to purchase.

The Eve Extend runs in the background so there’s no need to control it, and it’s not available in the Home app. You can access it in the Eve app, which also needs to be downloaded to set it up. 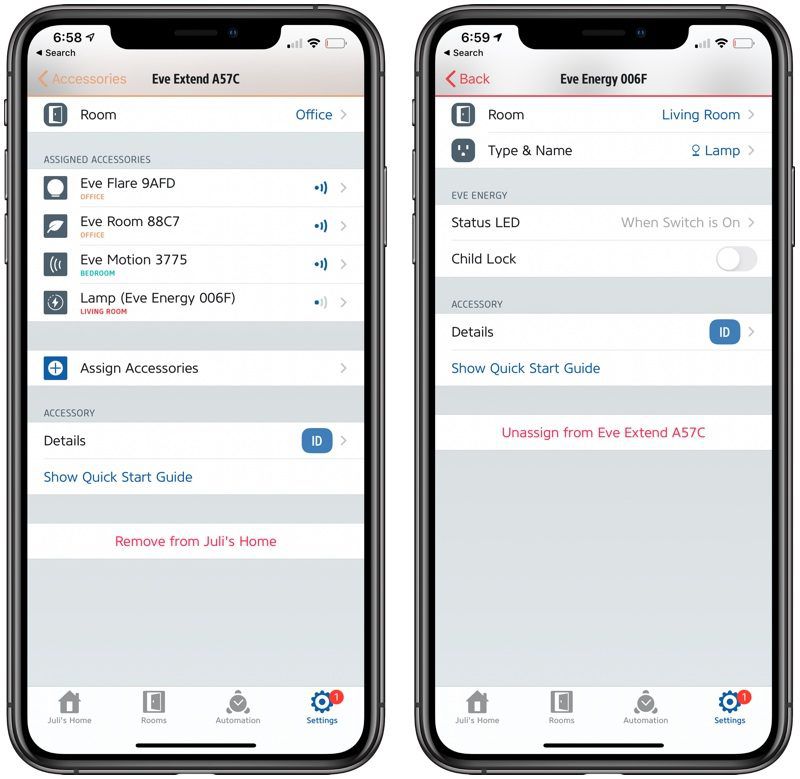 Eve has always had one of the more comprehensive ‌HomeKit‌ apps on the market, and the app was recently improved following the launch of iOS 13. There’s Dark Mode support and a redesigned navigation bar that makes it easier to get to all of your favorite devices. Eve’s app is my go to for seeing all of my ‌HomeKit‌ products at a glance, even those that aren’t Eve devices. 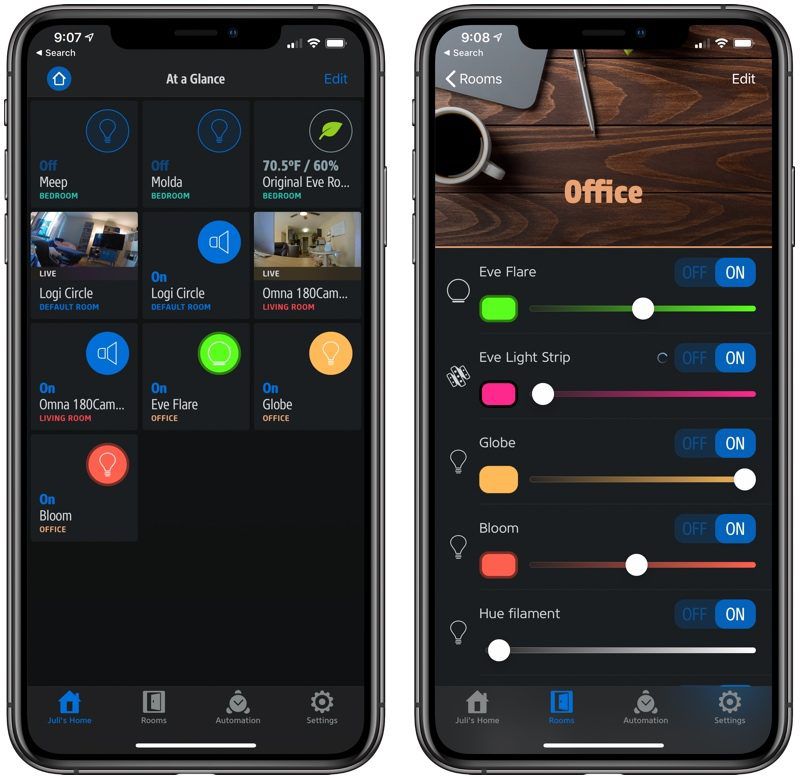 Eve Extend can connect to up to eight devices, and in my testing, it successfully extended the available Bluetooth range of each Bluetooth Eve accessory. I don’t have a super large home and the Eve products I have are concentrated in my office, but to test it out I moved them to other areas of the house that are further away.

Eve Extend is expensive at $50 so it’s not a perfect solution, but it is an ideal way to make Bluetooth Eve accessories that you’ve already purchased available reliably from day to day.

If you have an Eve setup and have run into connectivity issues due to the limitations of Bluetooth, the Eve Extend will solve the problem by allowing those devices to connect to WiFi for access anywhere.

It’s worth noting that devices like newer ‌iPad‌, Apple TV, and HomePod models are able to serve as a Home hub and perform a similar function relaying Bluetooth commands, so there’s a chance you won’t need the Eve Extend even with an extensnovodasoftwareive Bluetooth setup.

This is a device that’s specifically designed for people who are having current issues with their Eve devices and want a simple solution that does not involve purchasing an additional Apple product.

The Eve Extend can be purchased from the Eve website or from Amazon for $49.99.