There are hundreds of Qi wireless charging options available on the market, many of which feature the same no-frills plain black circle or square design. You can, for example, find dozens of inexpensive wireless chargers on Amazon at prices as low as $10, but if you’re looking for a more thoughtful, unique design you may need to spend a bit more.

iON Mini in gray on left, iON Plus in beige on right
Both the iON and the iON Mini are rectangle-shaped wireless chargers that are about as wide as the iPhone X. The Mini is about an inch shorter than the standard iON, and it’s also thinner because the iON has an extra cutout in the middle that’s meant to allow for better airflow. 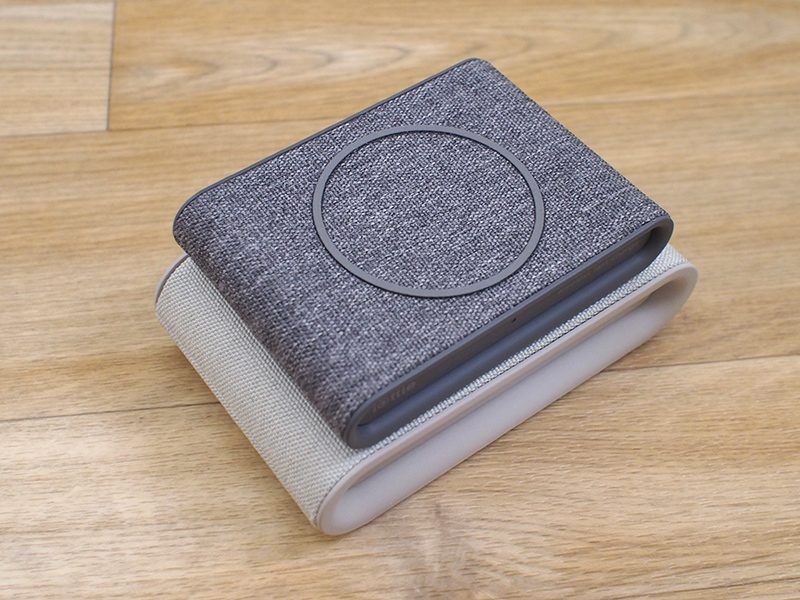 Neither charger takes up too much space on a desk given the rectangular shape that can fit easily against a flat surface or in a corner, but the larger iON does take up more area, both horizontally and vertically.

The two chargers are wrapped in a heathered linen fabric in colors that include gray, beige, red, and black, and this design is attractive and looks nicer sitting on a desk or a bedside table than a standard black charger. At the top of each charger there’s a silicone ring for holding the iPhone in place while it charges. 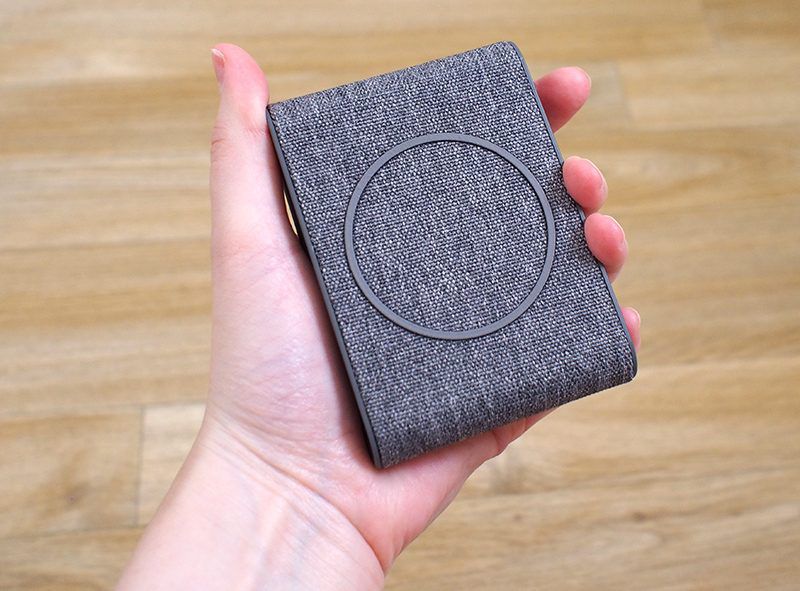 Underneath the fabric, the body of the iON chargers is made from a lightweight plastic material. It’s not the most high-quality material, but it does make these nice and light in case you want to bring them along on a trip or tuck them into a bag for a commute to the office. 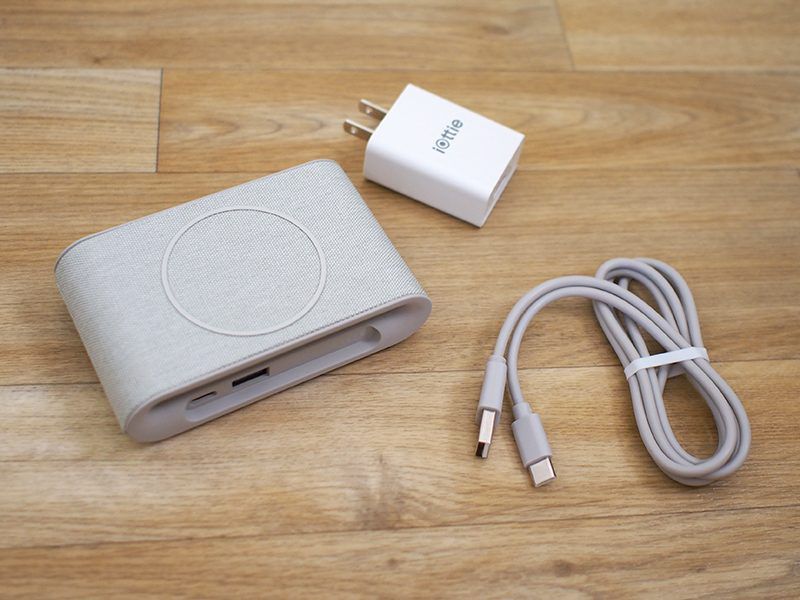 I liked the rectangle shape of the chargers because it matched the iPhone and it was easy to position the iPhone in the right way to charge without needing to fuss with finding the right spot for the coils to match up. That can be a hassle with some of the larger wireless chargers on the market. 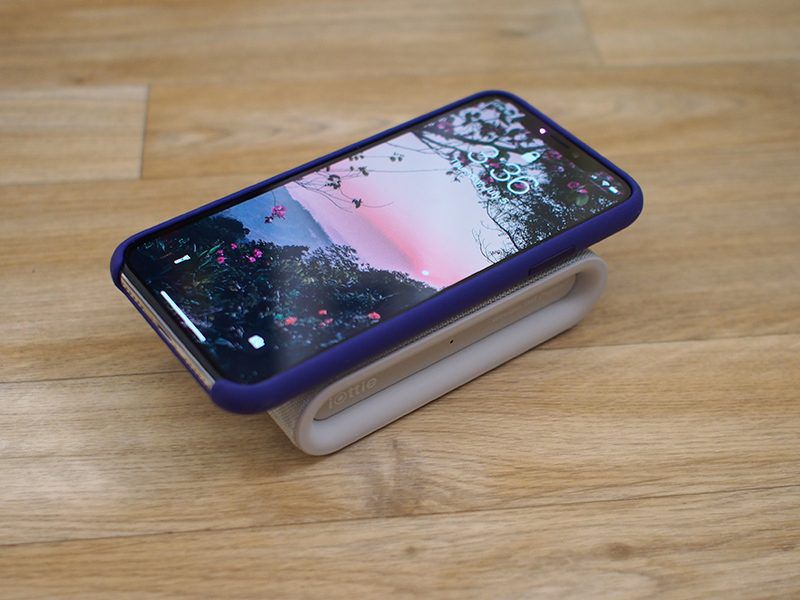 There is a middle cutout in the bigger iON charger to reduce heat, and this version also has an extra USB-A port so you can plug another accessory in to charge it at the same time. iOttie says that this cutout on the iON Plus is meant to keep it cooler when charging, but I’m not sure that it added much aside from extra height. 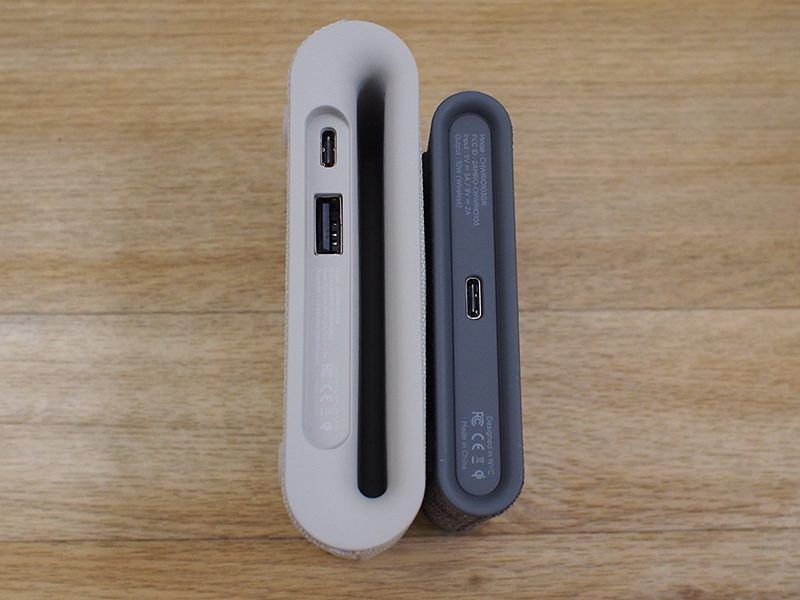 Small LEDs on the front let you know when the iPhone is in the correct position, and these LEDs are little enough that they’re not too noticeable in a dark room.

At the bottom of the iON chargers, there are four silicone feet to keep the charger itself secured on a desk, table, nightstand, or other flat surface. A USB-C to USB-A cable plugs into the back of each charger, and when connected to the included QC 2.0 charger, 7.5W charging speeds are available. 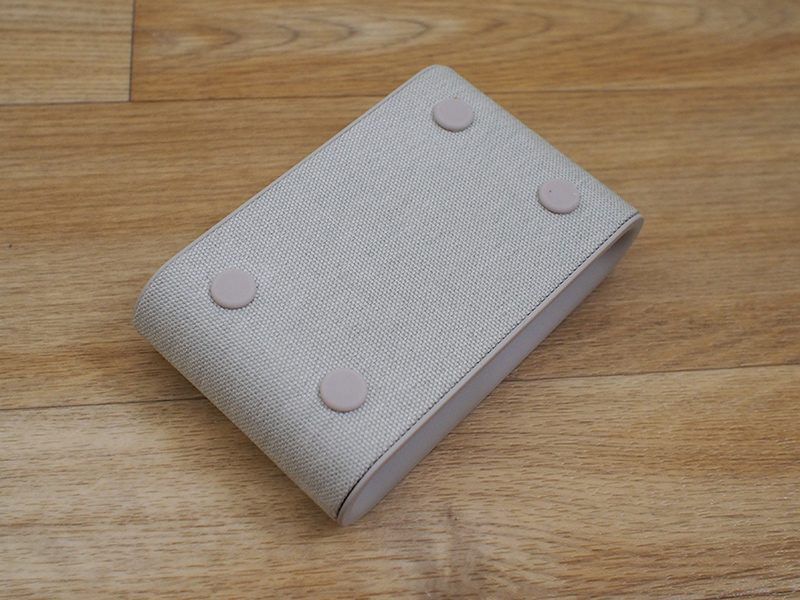 The iPhone X, iPhone 8, and iPhone 8 Plus can all charge at a maximum of 7.5W, but to reach these speeds, a 15W+ power adapter is required. While designed for iPhone, iOttie’s iON chargers will work with Qi-based Android devices.

I did two charging tests with each of the iON chargers, draining my iPhone X to 1 percent battery life and then giving it an hour to charge while in Airplane mode to make sure nothing was draining the battery. The ambient temperature in the room was about 73 degrees, a factor that will impact wireless charging times due to the complexities of temperature regulation when it comes to wireless charging.

With the larger iON Plus charging pad, it went from 1 percent to 39 percent in an hour both times. This is in line with what I’ve seen from other 7.5W wireless chargers during the summertime when indoor temperatures are warmer. I have seen some faster charging speednovodasoftwares by a percent or two, but it does appear the iON Plus is charging at 7.5W as advertised. 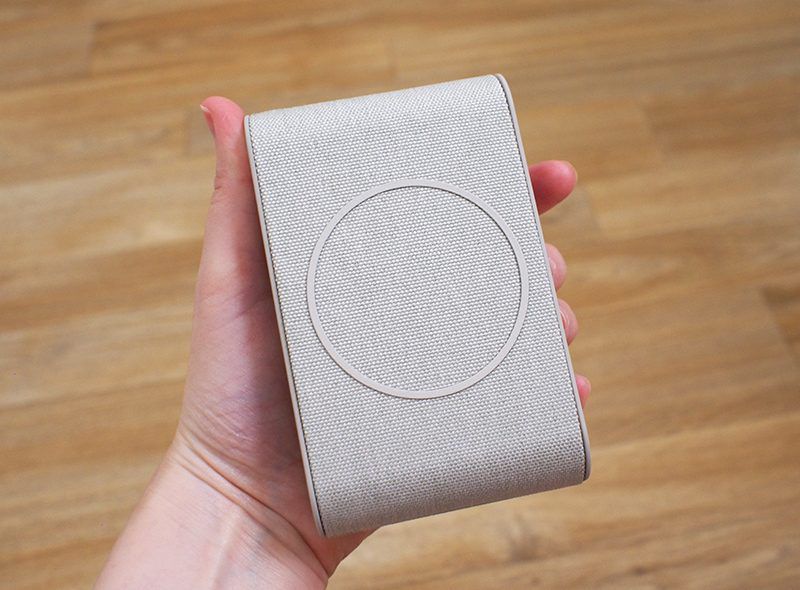 Speeds were a little bit slower with the iON Mini charging pad, coming in at 32 percent and 37 percent. It’s likely my iPhone wasn’t seated quite right on the charging pad during the first test, which just speaks to how important it can be to make sure things are lined up. 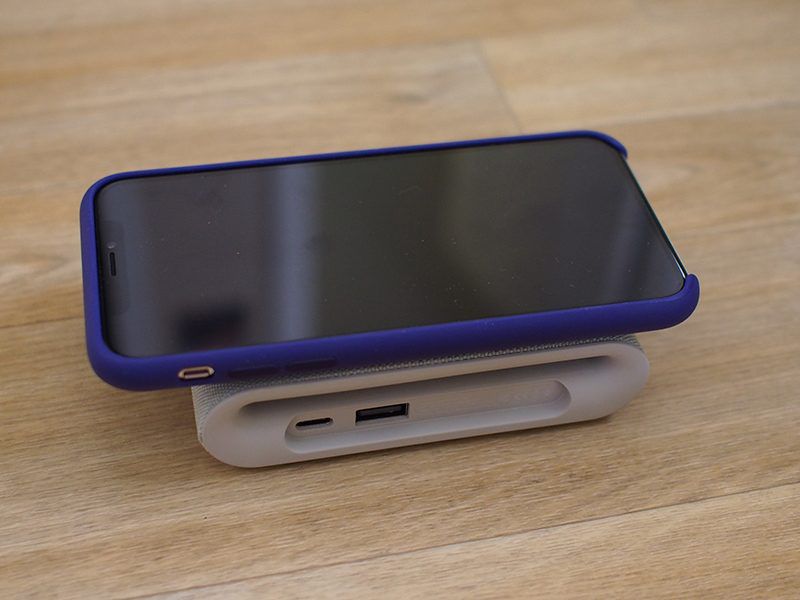 Compared to other 7.5W wireless chargers, that middle air vent on the iON Plus doesn’t seem to add much of an edge, but the bigger version did charge faster than the iON Mini, perhaps because of the promised airflow improvements.

My favorite of the two iON wireless chargers from iOttie was the Mini, because I preferred its more compact size and its pocketability. It fits into a pocket or takes up little room in a purse or bag, so it’s a better travel choice.

The Mini was the slower charger of the two, but when I wirelessly charge my device, I’m generally doing so over the course of the day (or overnight) to keep it topped up, making charging speed less of a factor. I suspect many people who use wireless charging are using it in a similar manner, given that even the fastest wireless chargers can’t compete with faster wired charging methods. 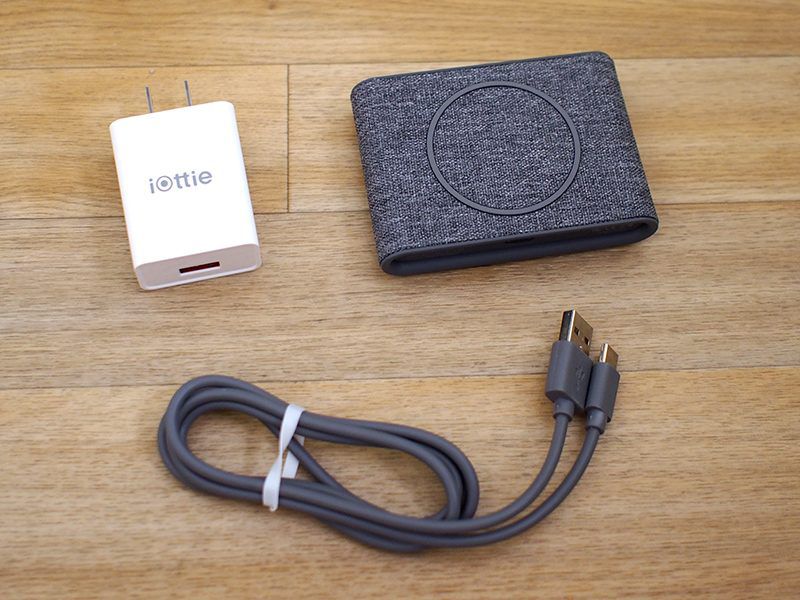 The larger iON Plus version is ideal as a desktop charger if you want to add a little height to your iPhone while it’s charging to keep it up and out of the way, and both chargers look nice and function well.

iOttie’s chargers are not as cheap as some options on Amazon, but if you’re looking for a nicer aesthetic for your accessories, these are worth taking a look at.

The iON Wireless Fast Charging Pad Plus can be purchased from iOttie for $54.95. It’s also available on Amazon.com for $40 to $50.

The iON Wireless Fast Charging Pad Mini can be purchased from iOttie for $44.95. It’s also available on Amazon.com for $30 to $40.

Note: iOttie provided MacRumors with the iON Wireless Fast Charging Pad Mini and Plus for the purpose of this review. No other compensation was received.