Although Apple remains conservative regarding the battery life of the Apple Watch, many users have noted that the wearable device makes it through one day with plenty of charge left over in its 18-hour estimated life. Still, third-party power banks and portable chargers have been popular mainstays in the Apple Watch accessory line, and recently Kanex launched its own charging device for the Apple Watch, called the GoPower Watch.

Kanex’s charger is packed with a 4,000 mAh battery and a claim that, on a full charge, it can recharge the Apple Watch up to six times with an integrated inductive charger. As a bonus, the GoPower Watch also includes a USB port, letting you charge your iPhone (or any USB-powered device) simultaneously with the Apple Watch. There’s also priority charging, so your devices charge first and the battery pack second.

Kanex’s GoPower Watch meets the form and function that any successful portable battery pack needs to be used on a daily basis. Its small 3-inch square will fit comfortably in a backpack, and the quartered LED lights — surrounding the only button on the housing — provide quick and easy reminders of how much juice is left in the pack. 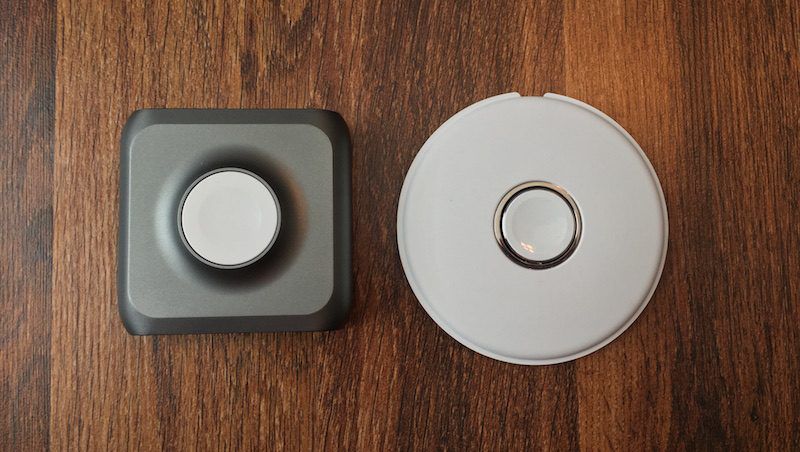 GoPower Watch compared with Apple’s Magnetic Charger
Otherwise, the design is no-frills. The front and rear of the pack are made up of a black, plastic-type material that’s a bit more fingerprint-attractive than the Space Gray of the rest of the device. On the back users will find the micro-USB port to charge up the battery pack, and the USB Type-A port for smartphone charging. Anyone opposed to large branding on their products probably won’t like the prevalent Kanex logo on the front of the unit, however.

After using Kanex’s GoPower Watch battery for a week, I found that the company’s claims of six full recharges on an Apple Watch to be right on the money. The battery pack uses a simple circle of lights, cut into four quarters, to display the remaining charge in its 4,000 mAh battery. The GoPower Watch lost its first quarter of battery in the middle of the third charge of my Apple Watch, and then finally lost the second quarter in the sixth Apple Watch charge.

From there the battery status declined quickly, and after the pack filled my Apple Watch up to 100% life for the sixth time, the final portion of the ring began flashing and the battery quickly died. During these tests I didn’t charge my iPhone, focusing first on the company’s own Apple Watch-heavy marketing for the accessory. And in that sense, the GoPower Watch delivered on its promises. The average charging time of all the tests was about 90 minutes.

If used solely as a power bank for an Apple Watch, Kanex’s device will easily provide its intended six full recharges on Apple’s wearable, although the larger battery on the Apple Watch Series 2 means those models might get slightly fewer charge cycles. Although that might be a bit of overkill for most casual Apple Watch wearers, the combination of the integrated inductive charger and deep well of battery life could justify the $99 price tag for those who find themselves away from a traditional power source on a consistent basis.

After depleting the GoPower Watch during my Apple Watch tests, I topped off the battery pack again — a lengthy process that takes the large part of an afternoon, which is the case for most battery packs — and focused on the iPhone. With the GoPower Watch fully charged, I managed to recharge my iPhone 6s Plus from 10 percent to 99 percent charge over the course of about two hours, after which Kanex’s battery was down to 50 percent.

In a subsequent test, to see how much percentage I could add onto my iPhone with the rest of the GoPower Watch’s battery, the battery pack swiftly whittled down to 25 percent and then died, adding on about 15 percent charge to my iPhone. Considering the 2,750 mAh within the iPhone 6s Plus, one full charge with a little left over makes sense coming off of the GoPower Watch’s 4,000 mAh battery. 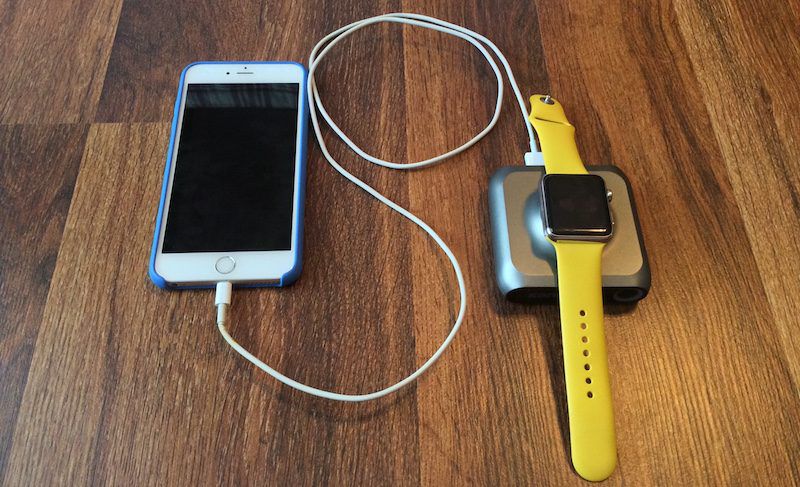 Although smaller smartphones could get more out of it, like the iPhone SE (1,624 mAh), iPhone 6s (1,715 mAh) and iPhone 7 (1,960 mAh), the GoPower Watch is simply not an iPhone accessory; it’s an Apple Watch accessory that could potentially recharge your iPhone in a pinch, with very little left over for your watch. Simultaneous charging of each device also negates the portabilitNovosoftwarey such battery packs allow for smartphones, since the Apple Watch needs to remain on a flat surface to stay attached to the inductive charger.

For iPhone battery packs, similarly priced accessories, like Mophie‘s powerstation XXL, give users upwards of 20,000 mAh for around $100. Other brands, including Anker, offer similar battery capacities at even cheaper prices. As such, it’s hard to harp on GoPower Watch’s clear intent to focus on Apple Watch over iPhone, but it’s an aspect of the accessory that should still be noted.

Overall, GoPower Watch’s solid design and integrated induction charger make it one of the most enticing charging solutions on the market for Apple’s wearable device, if you’re an Apple Watch power user and in need of one, that is. Lack of Nightstand Mode and closed-loop band support could, however, be deal-breakers for some.

The display shows the GoPower Watch’s dwindling battery
Compared to other Apple Watch battery packs, Kanex’s solution is a slightly steeper monetary investment, but its higher-capacity battery justifies the price. Nomad’s Pod, for comparison, costs $29.95 but provides an 1,800 mAh battery, or the ability to keep your Apple Watch “powered all weekend,” according to the company.

If you repeatedly find yourself scrambling for a power source for your Apple Watch when not at home, and want to invest in something you won’t have to constantly remind yourself to charge all too often, the GoPower Watch makes a reliable case for itself. Just remember that it won’t provide much in the way of repeat charges to a smartphone, especially any larger-screened models with higher-capacity batteries.

Anyone interested can purchase the Kanex GoPower Watch from the company’s website for $99.95. Kanex also sells a line of other accessories, including a USB-C battery pack for the 12-inch MacBook, a Thunderbolt 3 adapter, and a Bluetooth Mac keyboard that can sync with up to four devices and includes Apple’s long-gone numeric keypad.