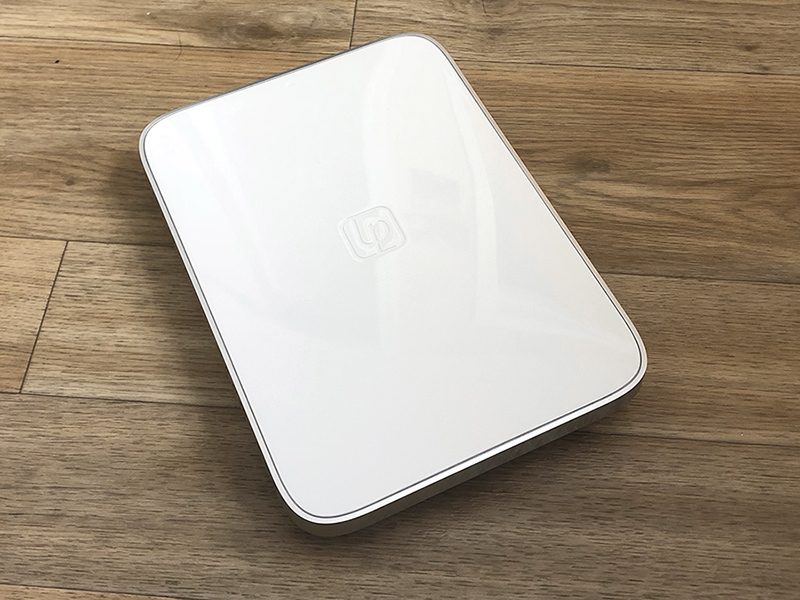 Lifeprint, a company known for its iPhone-compatible ZINK photo printer, recently introduced a new, larger photo printer that’s able to print images that are 3 by 4.5 inches instead of 2 by 3 inches, the normal standard size for mini printers designed for the iPhone.

The new Lifeprint 3×4.5 Hyperphoto Printer for iPhone, priced at $150, is an Apple exclusive that’s designed to give customers a quick and easy way to instantly print their iPhone photos. Lifeprint asked me to check out the new 3×4.5 printer, and while I loved the larger image size, there are some drawbacks to be aware of before deciding to purchase one. 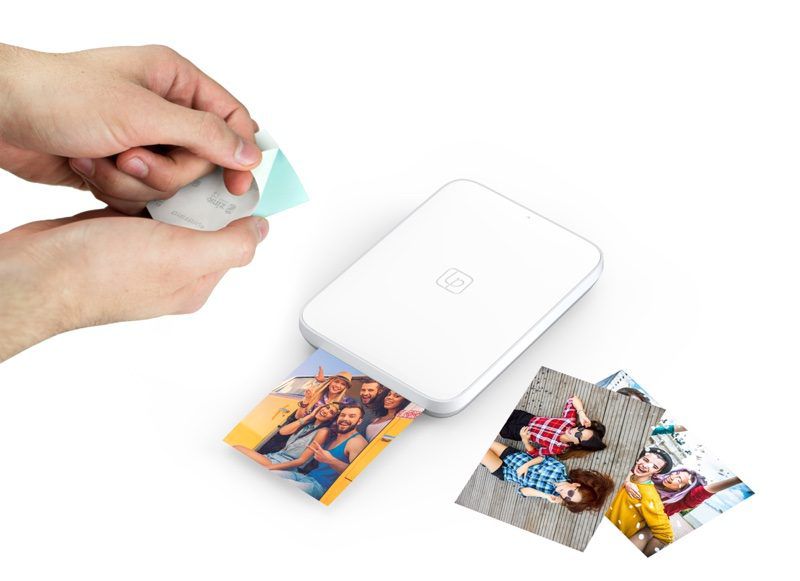 The new Lifeprint printer is similar to a large hard drive or an iPad mini, and it’s a little over an inch thick, so not quite as portable as the original version, but also not a space hog like a traditional printer. I can easily fit it into my backpack for use while on the go, but it’s not pocketable like the ZIP. 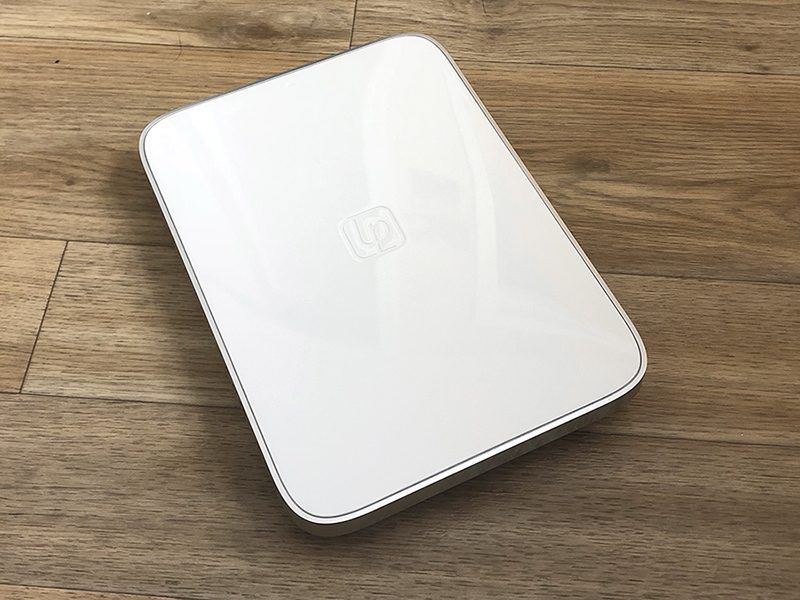 It’s constructed from plastic, with a silver plastic at the bottom and a glossy white plastic at the top, which matches the aesthetic of the iPhone. It’s lightweight, but it doesn’t feel like a cheap product. 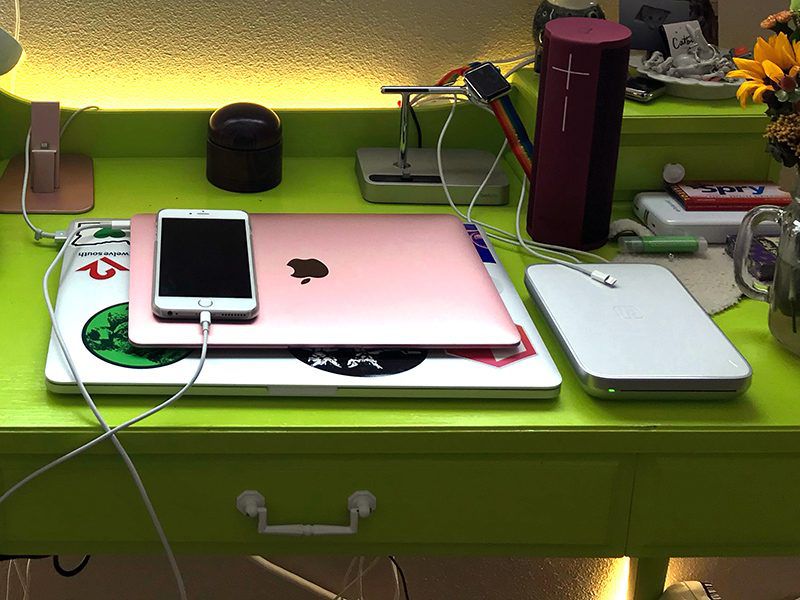 The Lifeprint printer has a top that slides off, which is where the printer paper and the printing internals are located. When you need to add more printer paper, you’ll need to slide the top off, put the paper in facedown, and then slide the top back on. It’s a simple process. 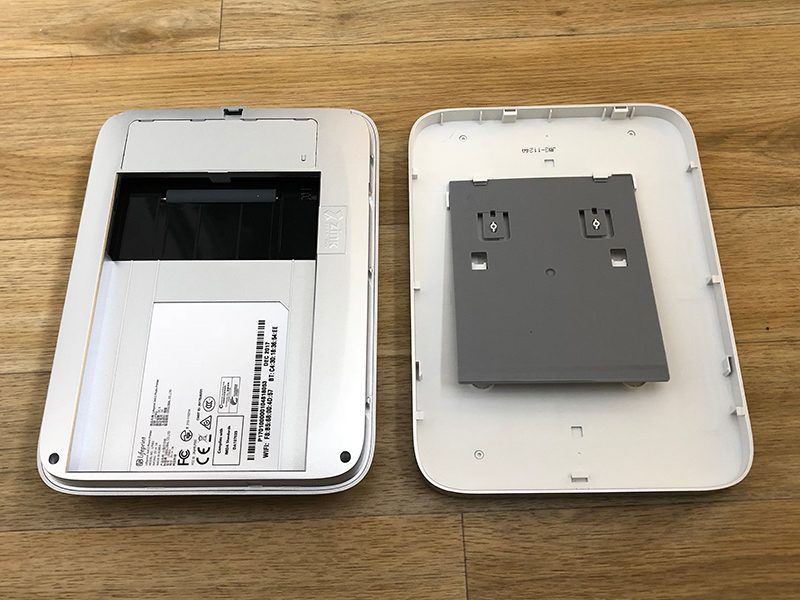 At one side, there’s a slot where the printed photos come out, and at the other side, there’s a microUSB charging port, which is how the Lifeprint charges. The battery is rechargeable, so this printer is fully portable and does not need a constant power connection. 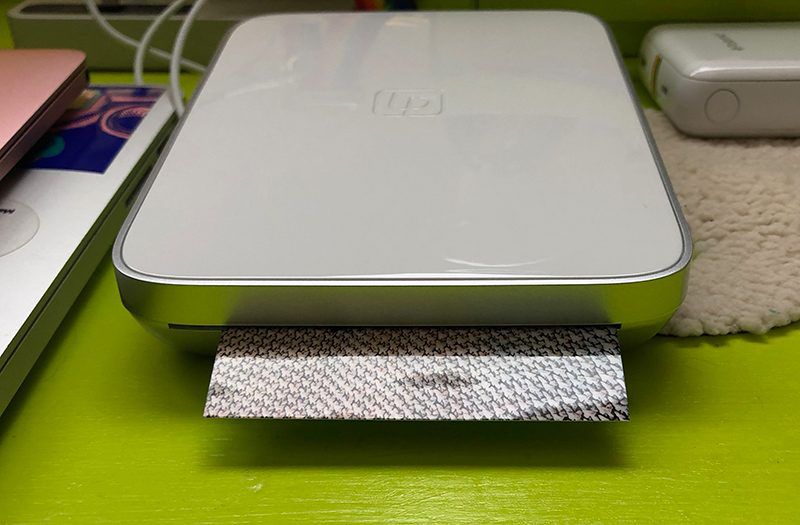 Aside from the slot for the paper and the charging port, there’s a slot where you can plug in a locking cable and a power button on the left side to turn it on.

Setting up the Lifeprint was simple aside from the account creation process, which required everything from my phone number to my birth date. Pairing essentially consisted of charging the printer via micro-USB cable, turning it on, downloading the app, and connecting it to my phone using the traditional Bluetooth interface in the Settings app.

As mentioned above, when setting the printer up, you’ll need to slip the top off and add in the paper. It’s a simple process, though, and you really just need to slide the lid down at the arrow and then slide it back on.

Lifeprint is a ZINK photo printer, like many of the smaller iPhone photo printers on the market, which means it uses ZINK paper. ZINK stands for zero ink, because there’s no ink involved, and thus there are no expensive color cartridges to buy. ZINK is thermal paper that works when heat is applied via the Lifeprint printer. 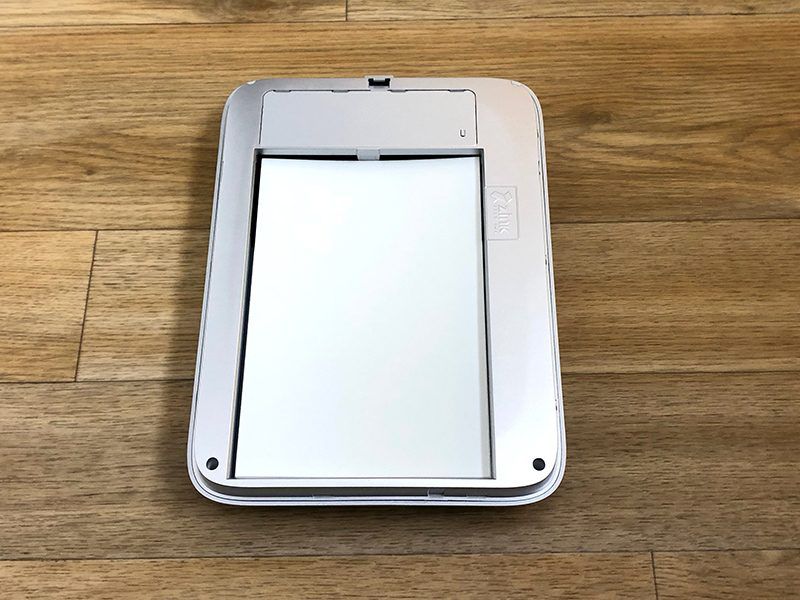 ZINK paper is nice because there’s no ink involved, it’s fast, there’s no smearing or fading, and it’s sticky on the back so you can turn all of your photos into stickers. 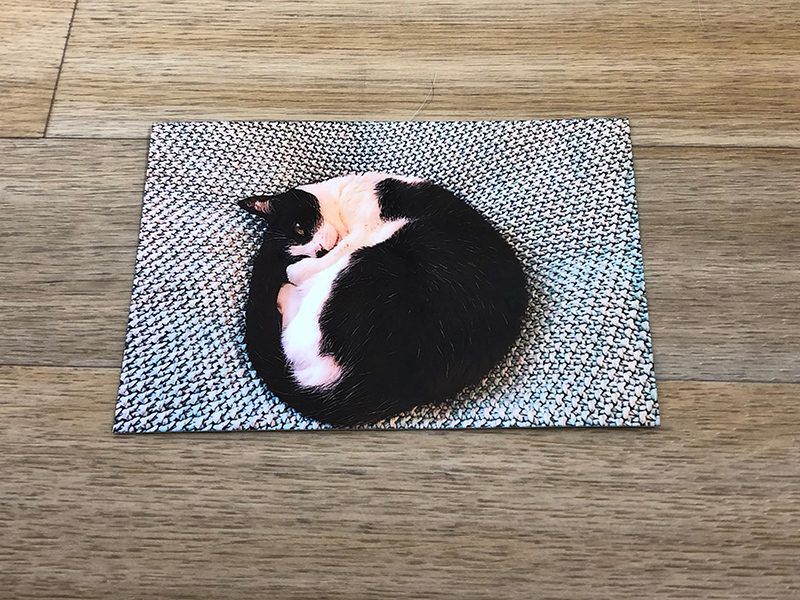 On the downside, though, ZINK paper is expensive, and that’s the one major thing to be aware of when purchasing the new Lifeprint printer or a similar device. It’s $50 for a 40 pack of the new larger photo paper, which translates to more than $1 per picture. That’s not terrible if you’re used to polaroids or developing film, both of which are also expensive, but it’s a shock for those of us who are used to digital-only formats.

To print photos on the Lifeprint printer, you have to use the Lifeprint app. The app is also used for setting up the printer and pairing it to your iPhone. The Lifeprint app is okay but could stand to be improved. It’s a little bit slow, buggy, and sometimes prone to crashing.

When opening the Lifeprint app, it pulls in all of your Camera roll photos, which you can then select to print. You can also take a photo directly in the app, and there are built in editing tools you can use before printing to spruce up the quality of your photo or add stickers, labels, meme text, artful blur, and other effects. 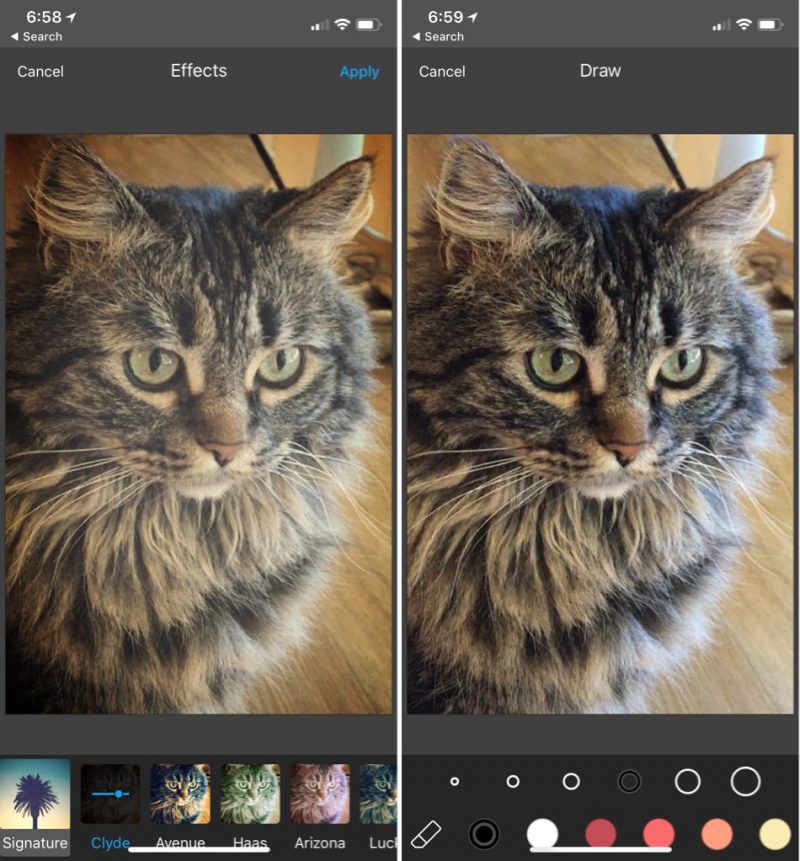 The editing tools are fine and will work for simple editing jobs, but they’re limited in scope and you’ll probably be better off editing your photos with a third-party photo editing app before porting them into the Lifeprint app. If you don’t want to hassle with that, the Lifeprint app is fine on its own.

Once you’ve selected a photo to print, sending it to the printer is as simple as tapping the print icon in the upper right hand side of the app. 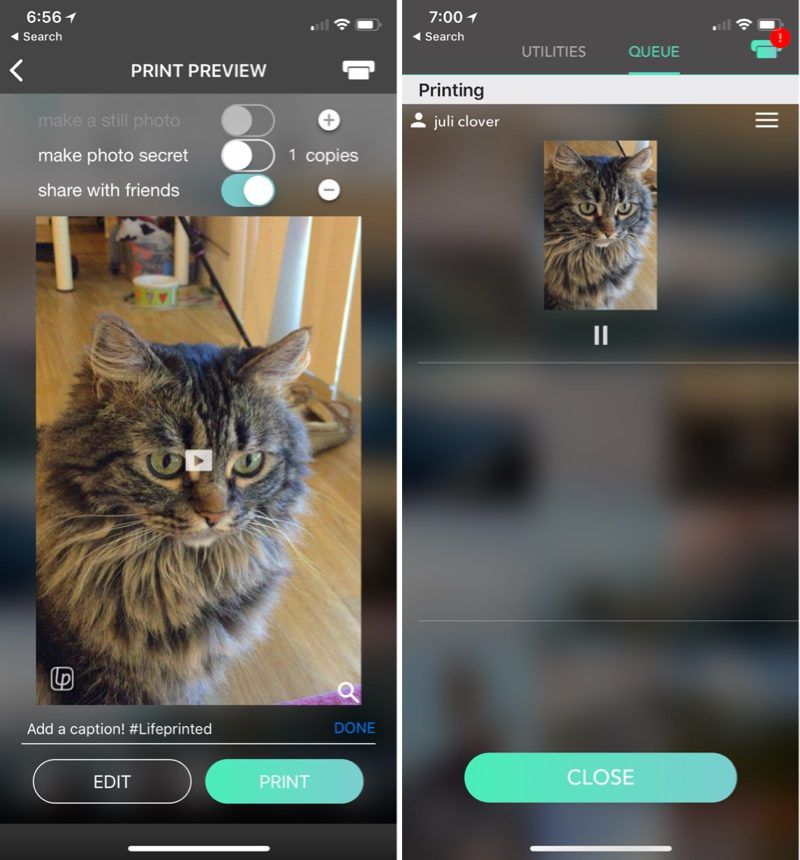 I had some specific frustrations with the Lifeprint app. When I went to print a Live Photo, for example, the Lifeprint app would pull it in as a video clip with the focus set to the beginning of the clip, which is not typically the clear part of the Live Photo.

It ignovodasoftwarenored the main photo part of the Live Photo, so each and every Live Photo required me to look for and select the ideal clip, a process I wish was better optimized.

Another source of annoyance was the app’s built in social networking features. The Lifeprint app creates a profile for you and adds each photo you print to that profile, and if you don’t uncheck “share with friends” each time you print, the photos you print are uploaded to that profile. 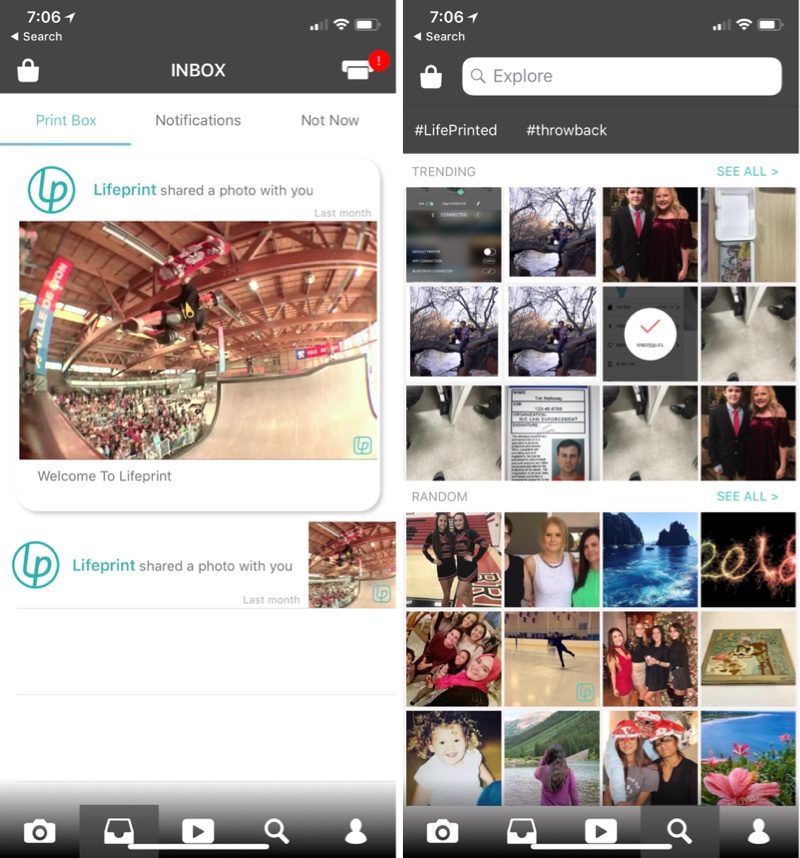 I’m sure these features are useful to some people, but there should be an opt-out option for people who just want a printer, not a slow-to-load social network filled with photos from strangers.

Lifeprint bills its printer as an augmented reality printer because you can print a still photo of a video or a Live Photo and then scan the print with the Lifeprint app to see the original source material, something that Lifeprint calls a “Hyperphoto.”

So, for example, you can print a video featuring your cat, give that photo to your friend, and then your friend can scan it with the Lifeprint app to see the original video overlaid on top of the photo. 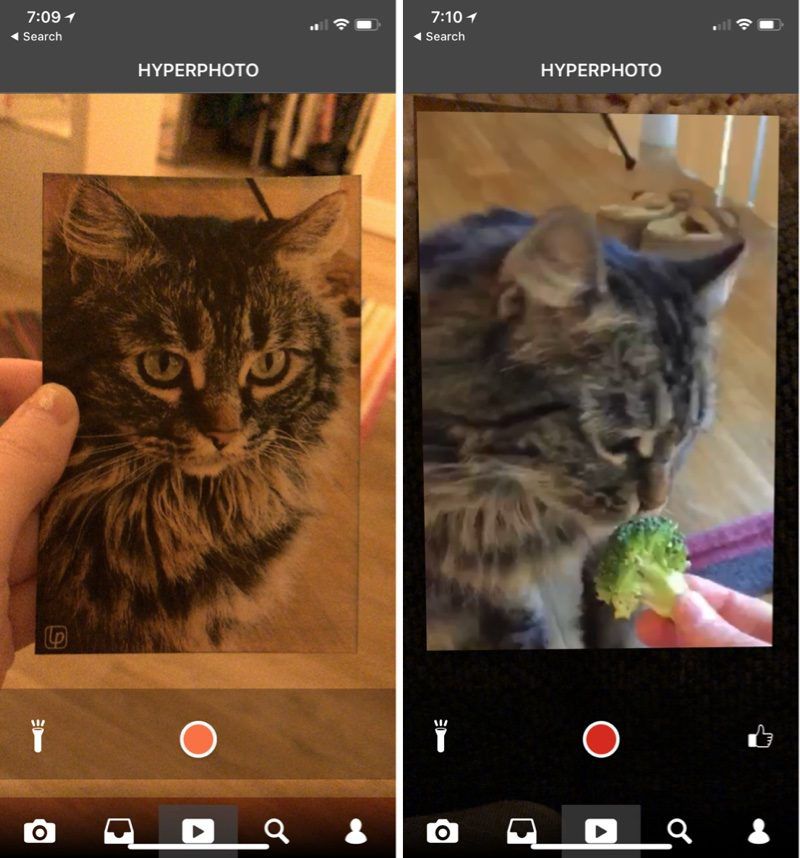 Lifeprint claims that this is like the magical animated photos in the Harry Potter movies, and that’s not an inaccurate claim, but I have a hard time believing people are using this feature on a regular basis.

To watch the video, the person on the receiving end of the photo has to go to the App Store, download the Lifeprint app, open the app, allow permission for it to access the camera, and then scan the photo. That’s a lot of hassle when I could just send the video directly to someone.

I wouldn’t buy the Lifeprint printer for this feature, nor would I give someone a photo with the express purpose of watching a video, but I suppose being able to scan a photo to watch a video is a neat little bonus.

There are some caveats to using thermal paper compared to traditional ink, and convenience does come at the cost of quality. You’re not going to get super crisp, color accurate prints with the Lifeprint printer or any other printer that uses ZINK paper, just due to the nature of thermal paper. 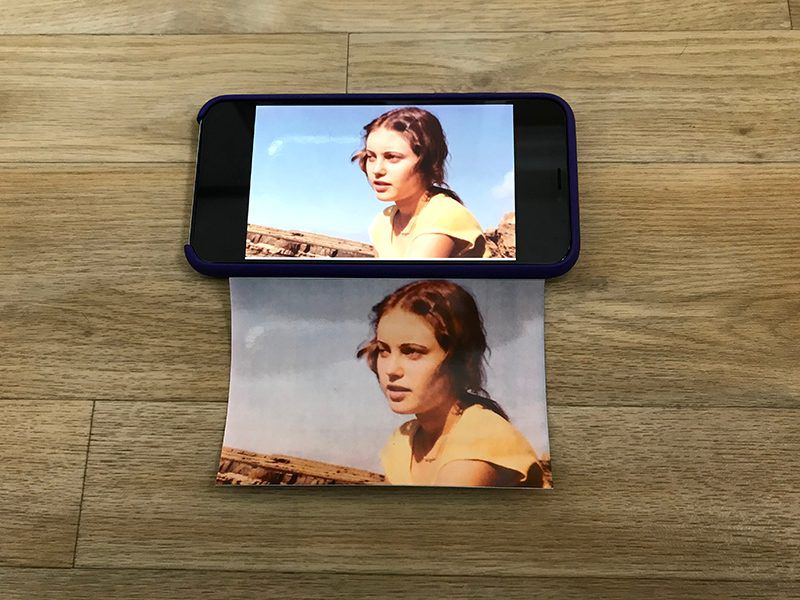 It’s best to think of Lifeprint photos as similar to Polaroid pictures. They can be a little bit fuzzy, and the colors aren’t always quite right, but they have a certain charm to them, especially with filters and edits applied. 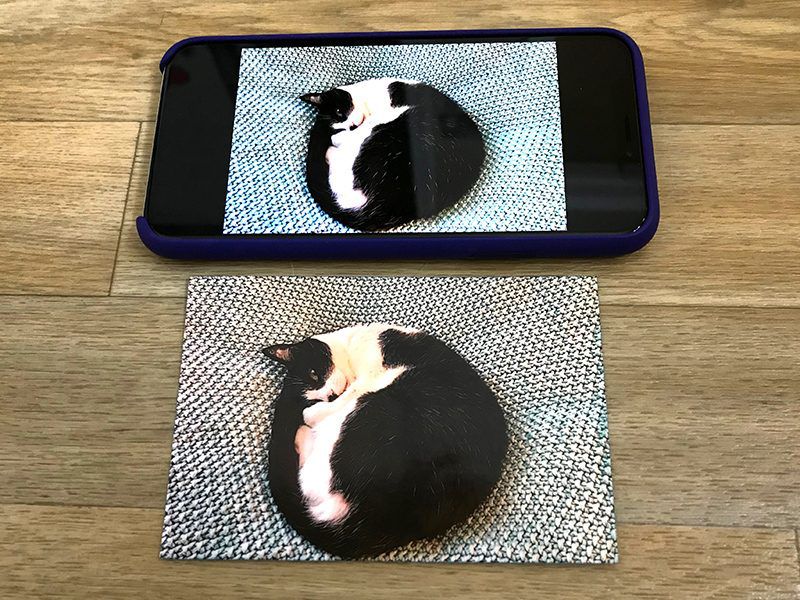 For the record, I think the Lifeprint 4×3.5 Photo printer has some of the best ZINK prints that I’ve seen. They’re definitely much better than the prints I get from my Polaroid printer, and while they’re not as color accurate as professionally done prints, they’re good enough to hand out to friends and family.

Having the ability to print and share your iPhone photos at anytime is undeniably useful, especially if you’re someone who values physical photos over digital. The larger Lifeprint printer is great for travel, perfect for parties, and ideal for journaling or scrapbooking.

It’s portable, easy to use, and for an instant ZINK photo, the quality is decent. Not perfect, but passable and nice enough for sharing with friends, sticking in a journal, or hanging on the wall. You need to know what to expect with ZINK, though – these are not high quality crystal clear prints. 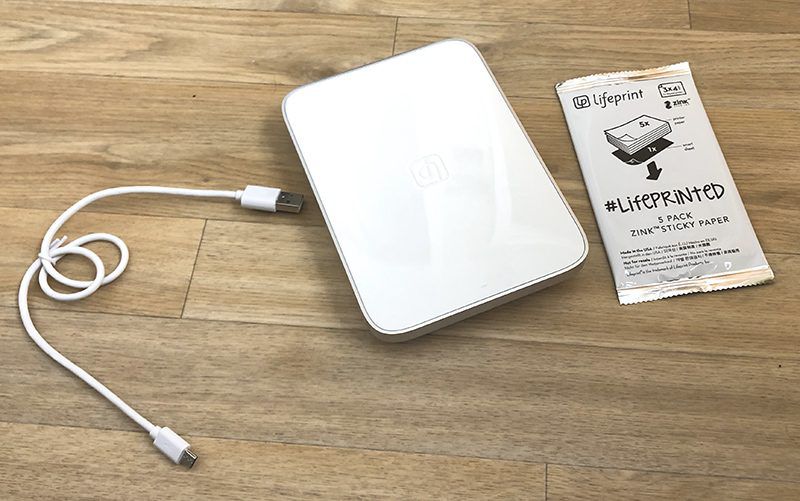 Unfortunately, the entire Lifeprint system is cost prohibitive. I can stomach $150 for a fun little photo printer, but the paper is incredibly expensive on top of that. It’s $30 for 20 prints or $50 for 40 prints, which works out to $1.25 to $1.50 per picture. That’s more expensive than the smaller version, and a lot more expensive than using an online photo service.

You can walk into a Walmart and print a photo for something like 20 cents, or use a service like Shutterfly, which charges 15 cents. The Lifeprint printer is providing instant gratification, though, and it’ll be up to consumers to decide whether that instant gratification is worth ~$1.25 per picture. 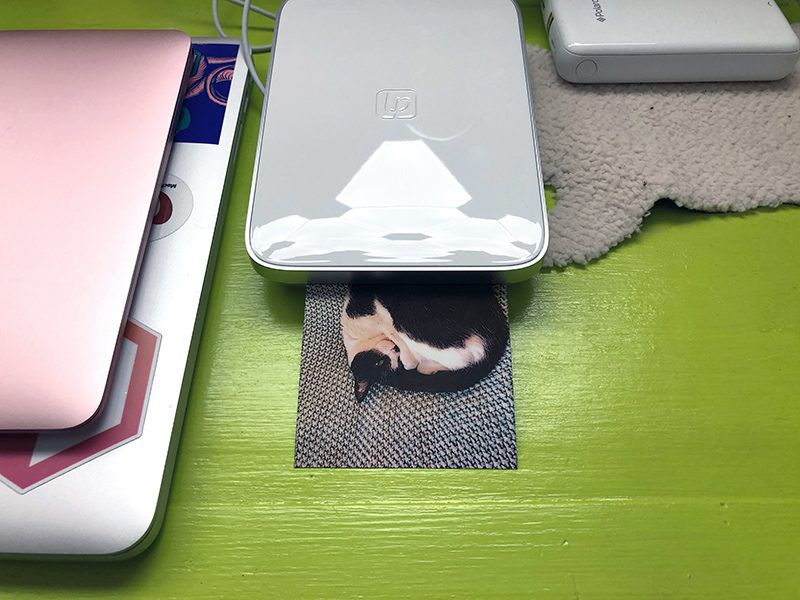 I do want to point out that all of the ZINK photo printers that compete with the Lifeprint all use the same ZINK paper, so there’s no real cheaper option. Lifeprint isn’t ripping anyone off or anything. All ZINK paper is expensive. With the 2.3 x 3 inch ZINK printers, you can get slightly more affordable paper on Amazon, but the larger Lifeprint’s unique size means the paper has to be purchased from Apple at full cost.

So, in a nutshell, the Lifeprint is convenient and a lot of fun, but be prepared to shell out a decent amount of money for the paper if you purchase the printer.

Note: Lifeprint provided MacRumors with a 3.5×4 Lifeprint printer for the purpose of this review. No other compensation was received.