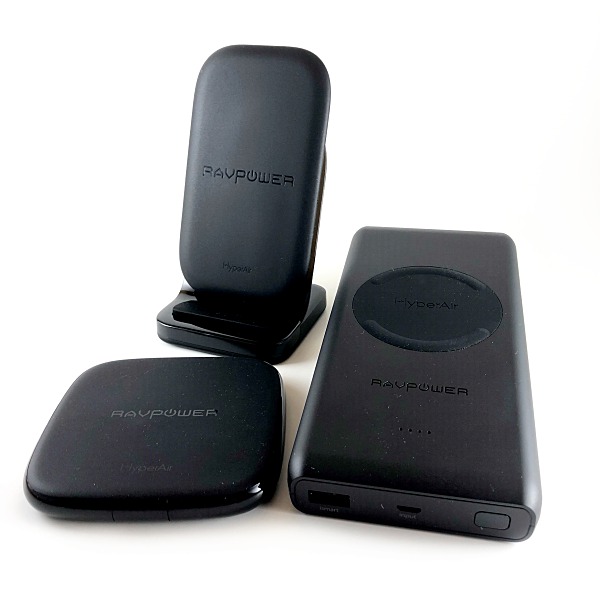 We’re starting to see more 7.5-watt wireless chargers hitting the market, and RAVPower is another popular charging accessory manufacturer that’s getting into the mix. RAVPower’s previous Fast Wireless Charger has been one of my favorite chargers for the iPhone X, but the company has also been working on improvements leading to a recently launched series of chargers under “HyperAir” branding. The lineup includes flat charging bases, a charging stand, and even a power bank that can wirelessly charge your iPhone.

RAVPower notes that the iPhone uses a narrow fixed frequency for its wireless charging, and HyperAir chargers are optimized to match that frequency for fast charging. Upon placing an iPhone on a HyperAir charger, the charger quickly identifies the device and optimizes its charging profile, allowing for a complete charge in two and a half to three hours.

I’ve been testing three different types of chargers from the HyperAir lineup, and I’ve come away impressed with several of them. I’m always on the lookout for stand-style chargers, and the new HyperAir stand is a good one. It has an unobtrusive black finish but with a little bit more style than Anker’s stands, with rear and bottom supports that appear distinct from the main body, and it’s completely silent with no integrated fan. The lack of active cooling could result in temperature issues, but RAVPower’s temperature sensing and management technology helps overcome some of those challenges. 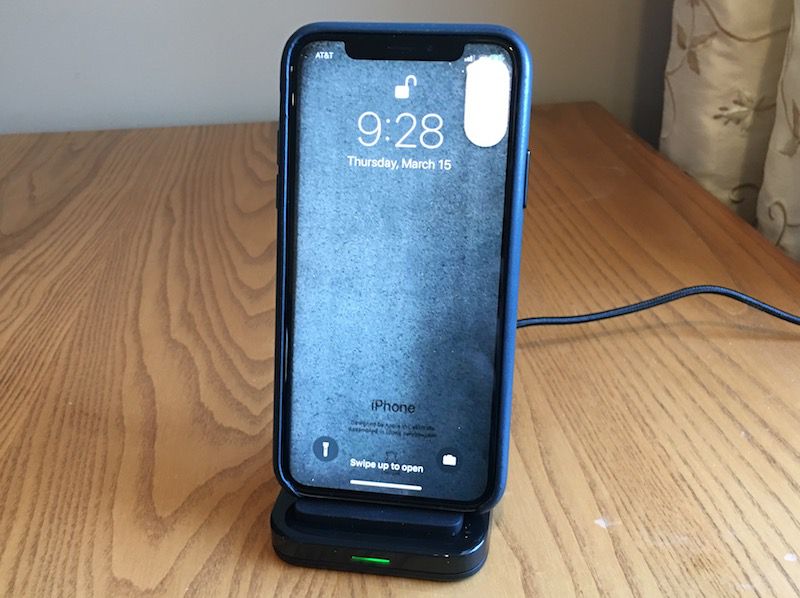 RAVPower HyperAir stand
In my testing, the HyperAir stand charged my iPhone X battery from 10 percent to 51 percent in an hour, well ahead of most other chargers and second only to Anker’s new PowerWave stand in that metric. 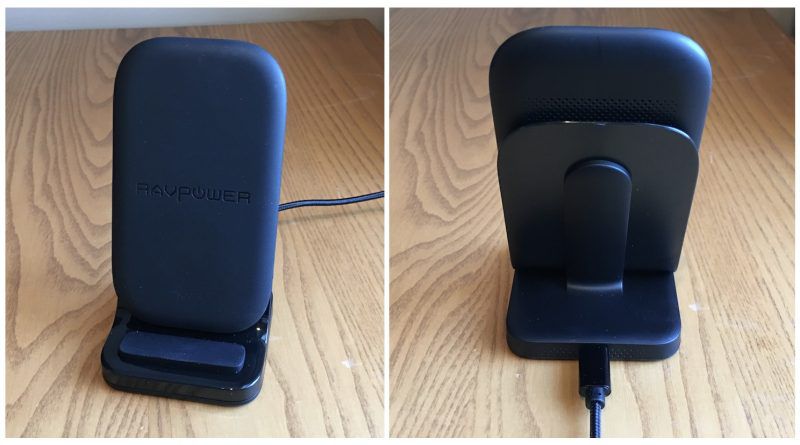 RAVPower HyperAir stand
A horizontal LED on the front of the stand pulses green during charging, briefly shines solid red when first plugged in, and can flash red if there’s a charging problem.

RAVPower HyperAir pad
I also tested RAVPower’s HyperAir pad, and somewhat surprisingly I found that it wasn’t able to charge my phone as quickly, reaching just 41 percent after an hour. That’s pretty much in line with charging speeds I’ve seen on many other chargers including those running at 5 watts, so I’m not entirely sure why it wasn’t quite able to match its stand sibling. The HyperAir pad is a fairly standard looking pad with a slim design and a similar horizontal LED to the one seen on the stand model, capable of shining green or red to let you know its status.

As with Anker’s PowerWave chargers, RAVPower’s HyperAir stand and pad each come with an 18-watt power adapter that supports the Quick Charge 3.0 standard. The chargers require a Quick Charge 3.0 adapter to function, and will not work with other power adapters or USB ports. RAVPower includes a really nice braided micro-USB cable in the box as well.

In addition to the stand and pad, RAVPower’s HyperAir lineup also includes a 10,400 mAh portable power bank with built-in wireless charging pad, normally priced at $67.99 but currently 15 percent off for MacRumors readers with promo code 9QHSE6R9, bringing the price down to $57.79. The power bank lets you charge up to two devices simultaneously, one wirelessly by setting your phone on top of the power bank and a second through a 2.4A USB port. At 10,400 mAh, there’s a decent amount of power available for charging multiple devices multiple times.

RAVPower HyperAir power bank
My charging test saw the power bank only push my iPhone X battery to 42 percent, which isn’t quite as good as some of the wired HyperAir and PowerWave chargers, but not bad considering this is for charging on the go.

Wireless charging on a power bank can be tricky if you’re out and about, as you need to keep the phone aligned with the charging pad, but if it works for your needs, this is a solid option and there aren’t a ton of these types of accessories on the market yet. The USB port also lets you fall back to wired charging if you need to charge without a stable surface around to set things up on. It feels like a pretty large price premium over standard power banks just to add wireless charging, but it might be worthwhile for some users.

The design is a fairly simple black plastic that’s nothing special, but it does the trick and has a non-slip surface for charging pad. There’s an LED on the side that lets you know the wireless charging status with the same green and red colors as the other HyperAir chargers, and the charging state of the power bank itself can be determined from a set of four small blue LEDs on the top surface. RAVPnovodasoftwareower includes a flat micro-USB cable and a USB-C to micro-USB adapter in the box, but there’s no included power adapter. RAVPower recommends you use at least a 2A adapter for maximum recharging speed.

RAVPower tells me it is applying to the WPC for Qi certification on these new chargers and hopes to receive it by the end of next month.

Note: RAVPower provided the wireless chargers to MacRumors free of charge for the purposes of this review. No other compensation was received. MacRumors is an affiliate partner with Amazon and may earn commissions on purchases made through links in this article.