Avido’s new WiBa Wireless and Stackable Power Bank and Charging Pad combines wireless charging with a wireless power bank, allowing for a completely wire-free iPhone charging experience both at home and on the go. 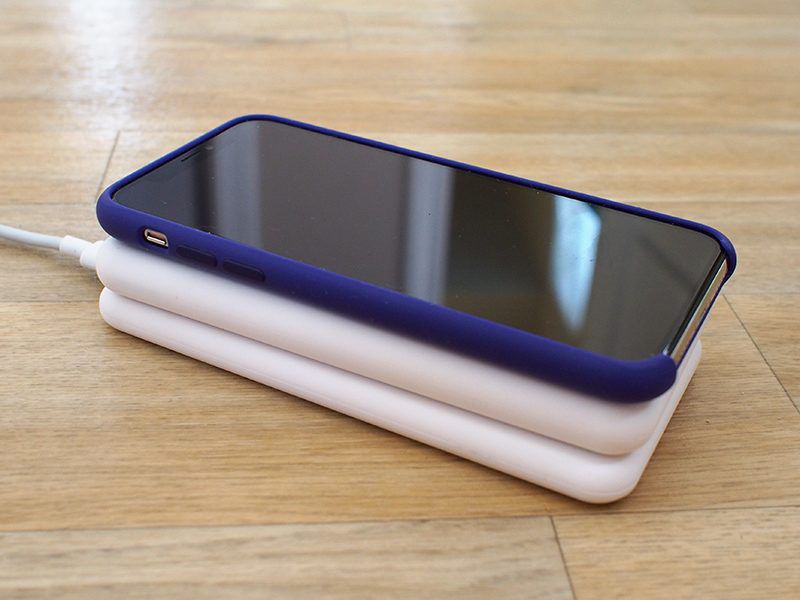 Made from a white plastic with a soft rubber coating, the WiBa wireless charging pad is about the size of the iPhone X when it comes to length and width, but it’s much thicker. 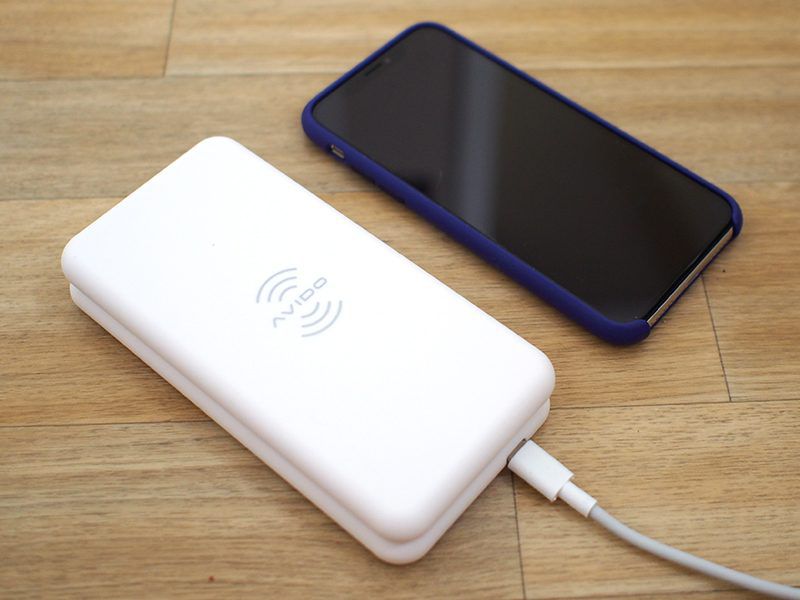 The power bank fits better in a bag or a backpack, but it’s still going to take up more room than competing power banks that have the same battery capacity, which is one of the negatives to this accessory. 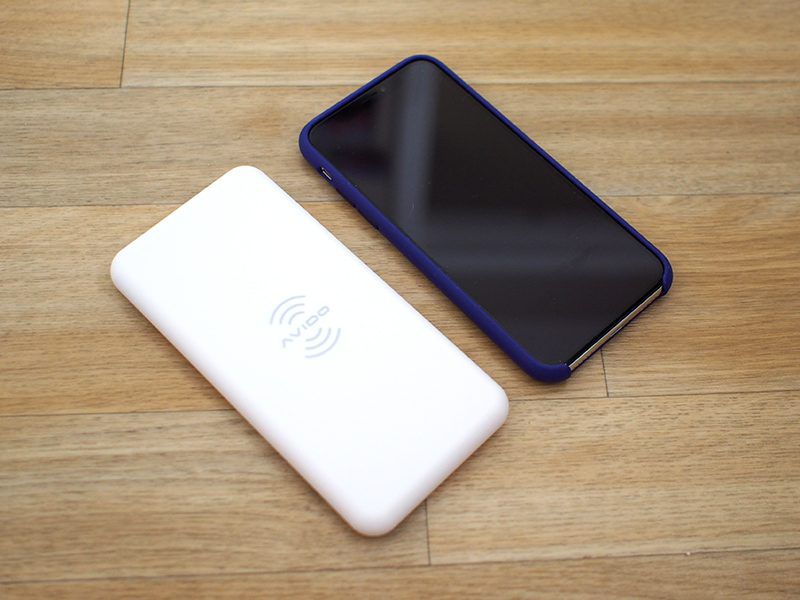 Because it’s the same size as the iPhone X, the wireless charging pad also has a somewhat bigger footprint than most upright wireless chargers, so it’s going to take up more space on a desk than some charging options. Compared to round flat chargers, though, the rectangular shape of the WiBa takes up less overall desk real estate. 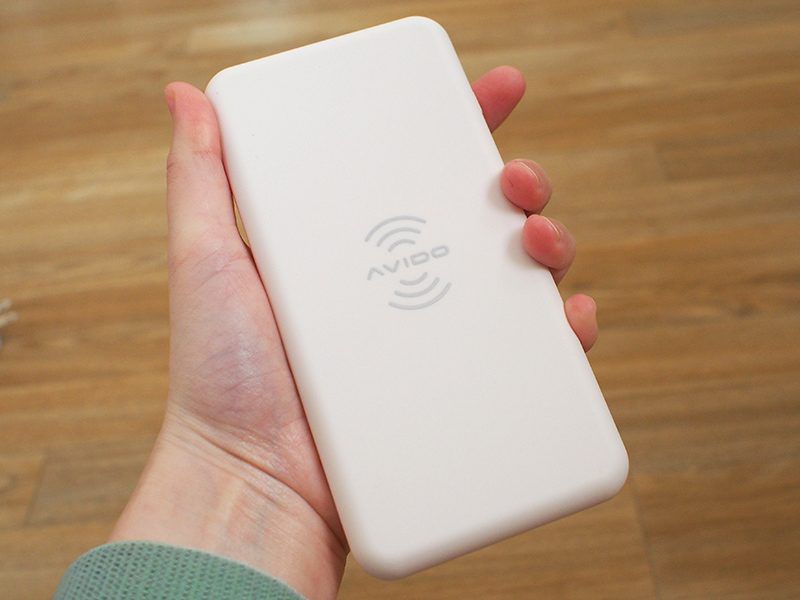 At the bottom of the wireless charging pad, there’s a magnetic attachment area where the power bank fits so that it can charge wirelessly. The magnet is nice because the power bank always slips right into the correct place when it needs to be charged with the charging pad, so I never had to fuss with it to find the ideal charging alignment.

There’s also a magnet in the power bank, which works with a separate magnet attachment that’s available for the iPhone to keep it in place while wirelessly charging. My test unit did not come with this accessory so I wasn’t able to try it, but for those who don’t mind a magnet stuck on the iPhone with adhesive, it should make wireless charging via the power bank more convenient.

Sans magnet, it’s not really convenient to charge an iPhone with the wireless power bank unless it’s set on a flat surface because the power bank has no way to attach to the iPhone. 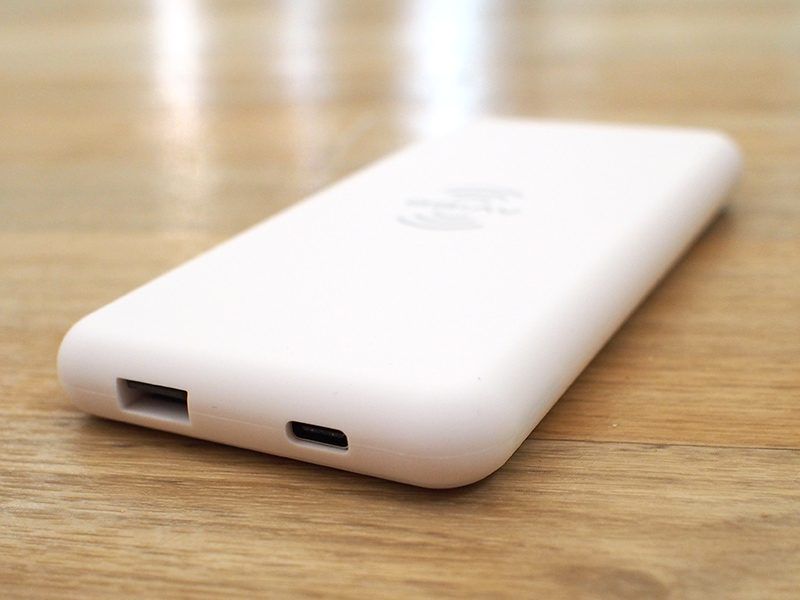 Both the power bank and the charging pad feature an Avido logo front and center, which I wasn’t a fan of. The power bank has four white LEDs on one side that let you know the charge and a bright green LED on the other side when it’s turned on. Both the green LED and the white LEDs come on when the side button is pressed and charging is activated, and the green LED in particular is distracting. It does, however, turn off after a few minutes. 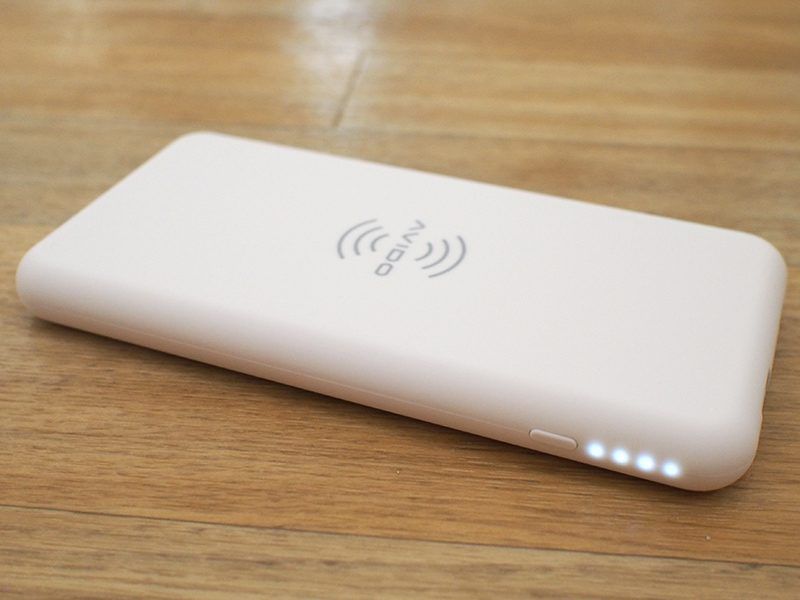 While the iPhone 8, iPhone 8 Plus, and iPhone X support 7.5W wireless charging, the WiBa is limited to 5W charging speeds, which is another downside to the product. It does charge at 10W for Android devices, but Avido told me it was capped at 5W for “safety precautions.”

Avido also pointed out that there’s often not a huge difference between 5W and 7.5W charging, which is not untrue. I’ve tested a lot of wireless charging options both at 5W and at 7.5W. In the best of conditions, you can eke out about 10 to 12 percent more charge over the course of an hour with a 7.5W charger, but the difference can be lower based on temperature and other factors.

I still generally find it worthwhile to choose 7.5W over 5W when possible, so it is disappointing not to see 7.5W support in the WiBa, especially at a $100 price point.

In multiple tests in Airplane mode and starting at a 1 percent charge, the WiBa wireless charging pad and the power bank charged my phone to 28 to 34 percent over the course of an hour, which is what I’d expect to see from a 5W charger. 28 to 34 percent is less than the charge you can expect to see from a wired power bank in an hour’s time, so this isn’t the most efficient on-the-go charging method. 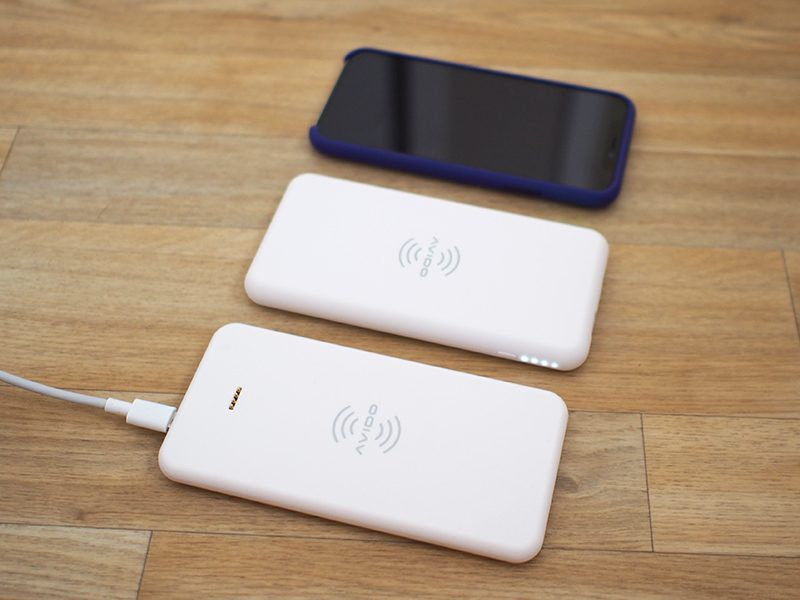 The WiBa boasts a 5,000mAh battery that offers just about enough juice to charge an iPhone X from a dead battery to full once over. In two of my tests, the WiBa power bank charged my iPhone X to 85 percent before dying (again in Airplane mode) but in four other tests, it charged it up to 100 percent with about 5 percent of an additional charge left over. 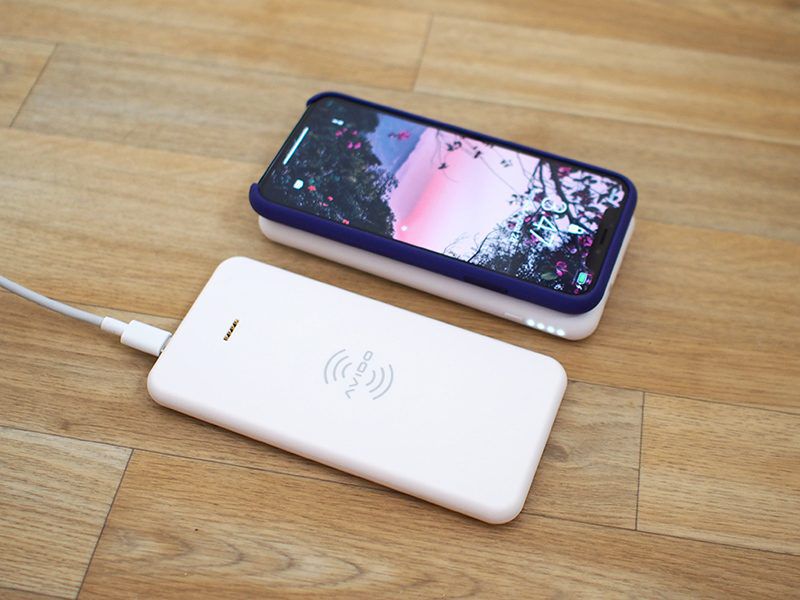 As with the 5W charging limitation, I found the 5,000mAh capacity of the WiBa power bank to be disappointing given the size of the accessory and its price.

The WiBa charger is a nice idea, and I can’t argue that it’s not convenient, but it doesn’t feel like it’s offering enough utility for the high price tag.

I personally would opt for a standalone 7.5W wireless charger and wired power bank over this particular solution, but people who are looking for a grab and go no-hassle solution where the extra battery is simple to charge may prefer the WiBa setup.

I really would have liked to see a higher capacity battery with the WiBa, because a single extra charge for $100 doesn’t feel worthwhile. Power banks that offer three times more capacity don’t even cost $100.

It’s also worth noting that wireless charging may not be the best power bank solution. Most people likely reach for a power bank when an iPhone’s battery is critically low, and faster charging speeds are preferred in these situations. As a reminder, an hour of charging with the WiBa got my iPhone X to about 28 to 34% across multiple tests.

The WiBa Wireless and Stackable Power Bank and Charging Pad can be purchased from the Avido website for $99. An extra charging pad can be added for a total of $139.

Note: Avido provided MacRumors with a WiBa wireless charger and power bank for the purpose of this review, which was returned to Avido at the conclusion of the review. No other compensation was received.