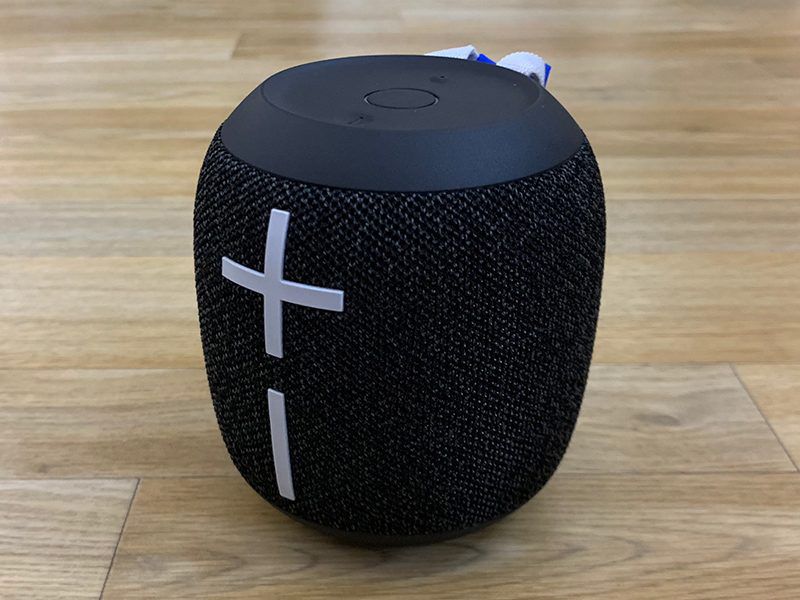 Ultimate Ears kept everything that was great about the Wonderboom in the Wonderboom 2, but added some useful new features like better weatherproofing, stereo sound capabilities when using two speakers, and better sound both indoors and out.

The Wonderboom 2 measures in at about four inches tall and about 3.75 inches wide, so it’s just about palm-sized. There are big volume control buttons at the front (an Ultimate Ears signature look), a stretchy loop for hanging it up at the back, and a covered micro-USB port for charging purposes. Physical controls for playing/pausing music, activating features, and powering the speaker on and off are located at the top. 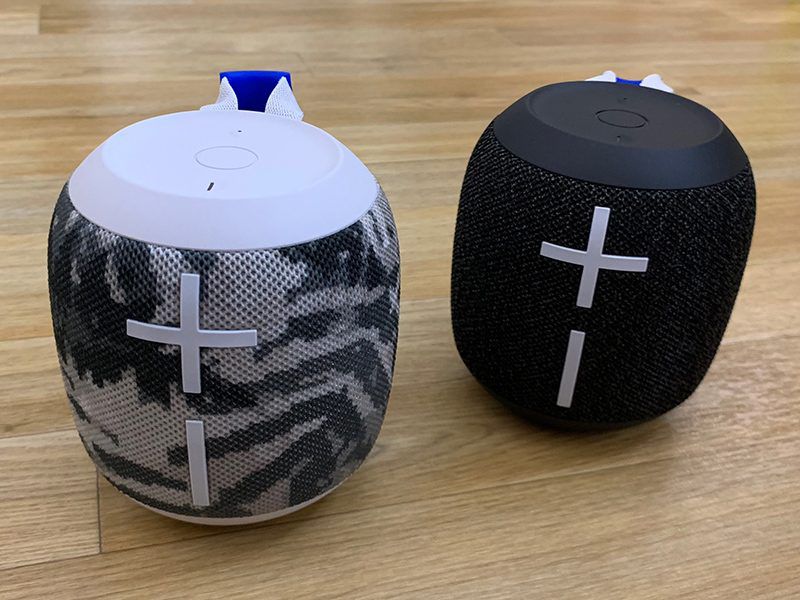 Ultimate Ears didn’t change the size or the shape of the Wonderboom 2, but there are new colors and a new two-tone knit fabric that looks more premium than the fabric used for the Wonderboom. It comes in Deep Space Black, Crushed Ice, Radical Red, Bermuda Blue, and Just Peach, along with a gray and white camo edition that’s available exclusively from Apple. 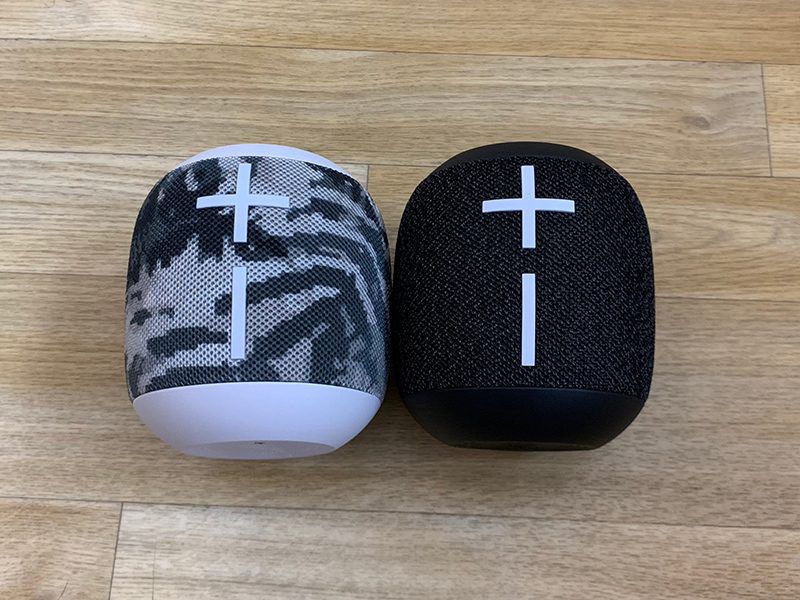 Like all Ultimate Ears speakers, the Wonderboom 2 was designed to deliver 360 degree sound thanks to its rounded design, and it delivers with impressively loud volume for its price point. Even with the volume cranked up, the sound is crisp and clear in the midrange with excellent bass for such a small speaker. 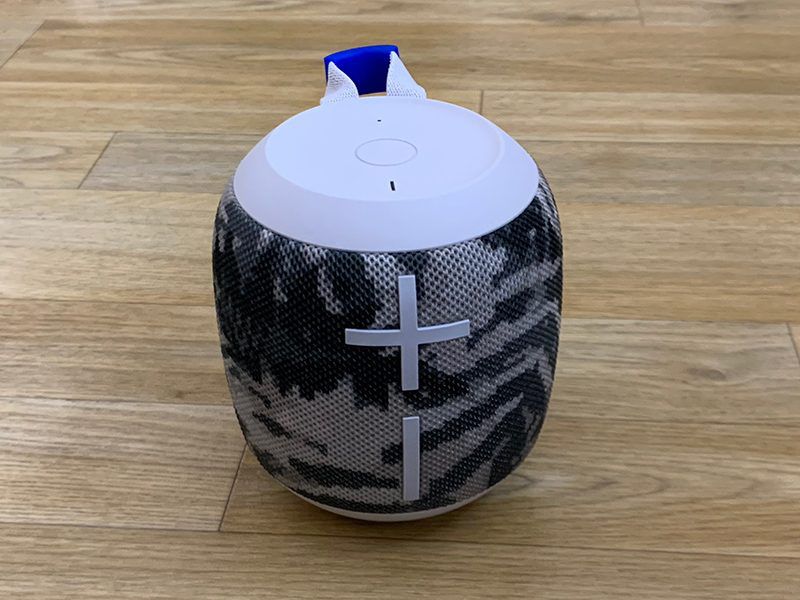 I’m no audiophile, but I’ve always appreciated the sound that the Ultimate Ears products are able to deliver, and the same goes for the Wonderboom 2. Ultimate Ears actually bumped up the bass in the new model thanks to upgraded internals, and compared to the Wonderboom, it stands out. Despite the bass boost, the sound is still well balanced overall. I don’t think the Wonderboom 2’s sound matches Ultimate Ears’ more expensive speakers, but it’s not too far off. 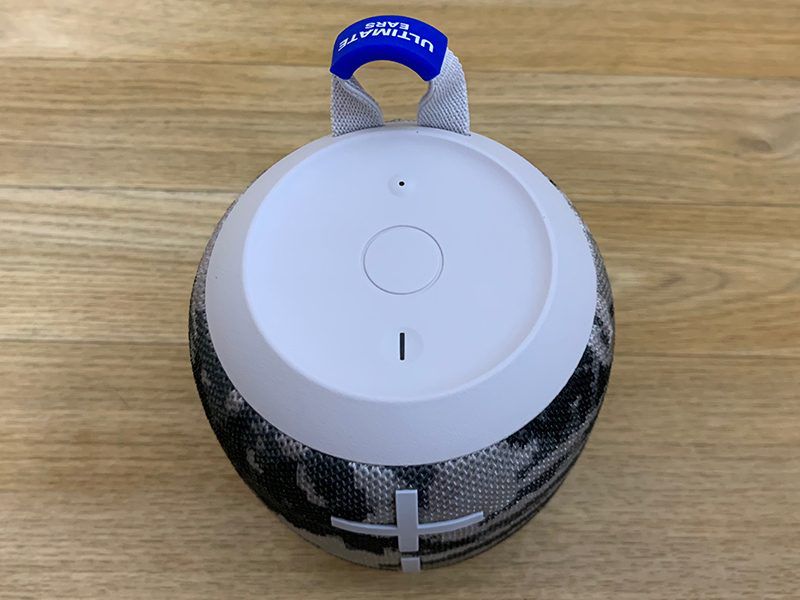 The Wonderboom 2 maxes out at 86 decibels in standard mode, but Ultimate Ears added a new Outdoor mode that boosts things even further. Outdoor Boost mode bumps the sound up to 87 decibels, and while it doesn’t sound like a huge boost, it does make a difference when playing music outdoors. You can tell when the outdoor mode is activated when the little tree on the bottom is lit up. 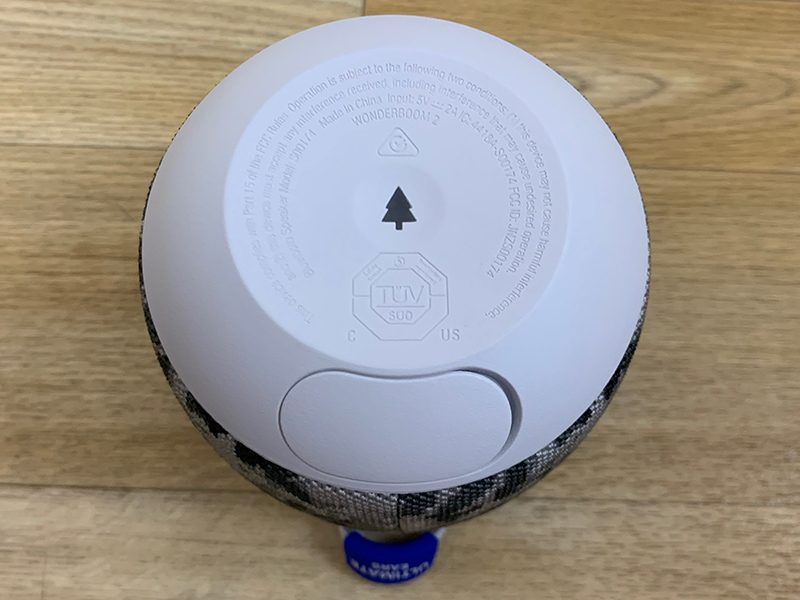 Outdoor mode cuts down on the bass and plays the midrange louder since bass isn’t effective outdoors anyway, and this shift works pretty well when you’re in the backyard, out at the pool, at the beach, or anywhere else where there’s a wide open area. You’re not going to want to use the new Outdoor mode when inside, though, because it sounds terrible indoors.

The original Wonderboom was rated IPX7, and while the new Wonderboom is just as water resistant, it also has a new IP67 rating for dust. That makes it both water and dust resistant, so you can take it to the beach and other areas where sand or dust might be issues without worrying about ruining it. 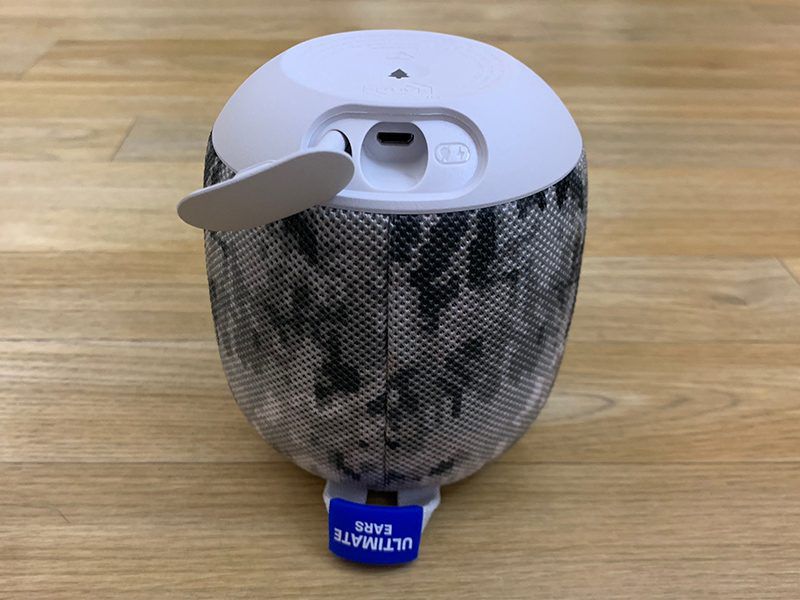 I took the Wonderboom 2 in the shower and floated it in the sink and had no issues with the water resistance, which is what I’d expect as all of Ultimate Ears’ products are meant to hold up to water.

The Wonderboom 2 has a few other neat tricks worth mentioning, includinnovodasoftwareg Double Up mode. This is standard in most Ultimate Ears speakers, but a new feature in the upgraded model lets you use two Wonderboom 2 speakers in stereo mode, which is a cool new addition. 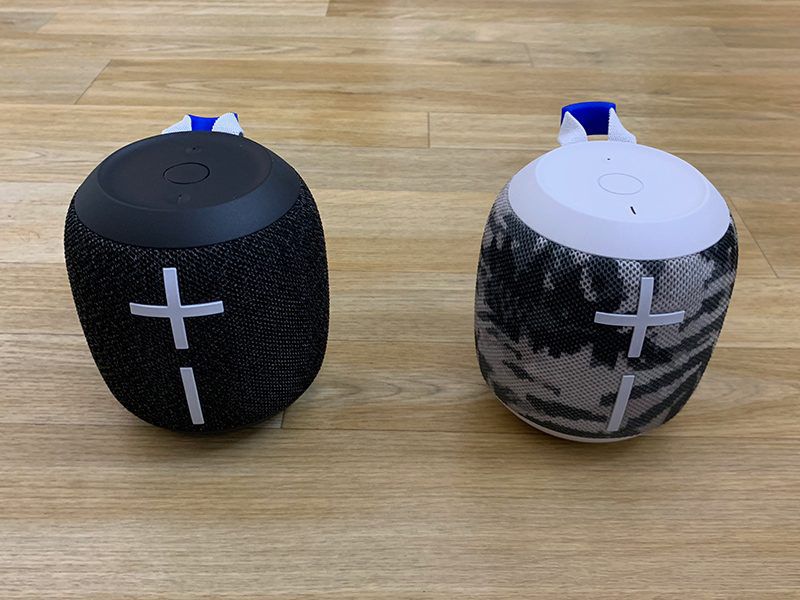 Unfortunately, Double Up’s stereo speaker mode is limited to the new Wonderboom 2 speakers, so while you can pair an original Wonderboom and a Wonderboom 2 to play the same sound, using them in stereo mode requires two of the new models. Double Up can be activated by pressing down on the top button of each Wonderboom 2 at the same time, no app required. 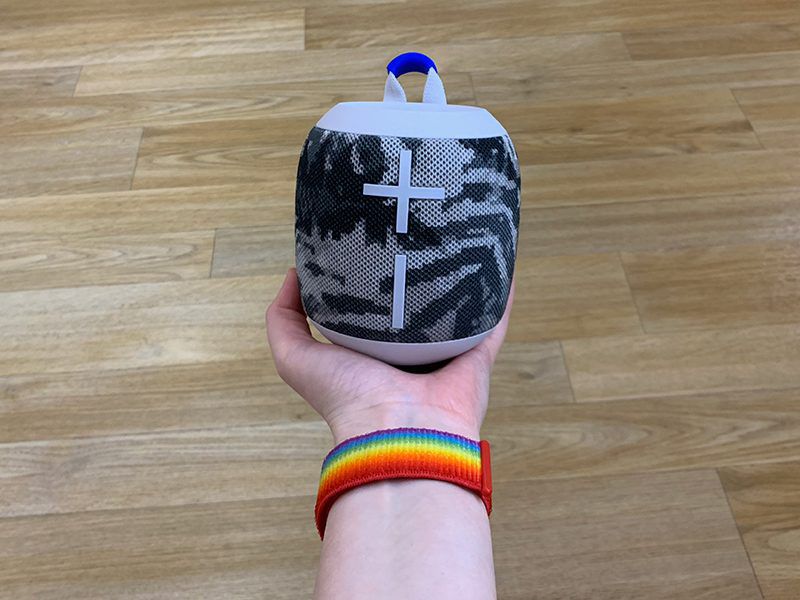 It’s simple to get going and it sounds excellent, so it’s a neat way to get stereo sound indoors or outdoors. By the way, once linked, if you turn on outdoor mode, it’s activated on both speakers rather than just one. 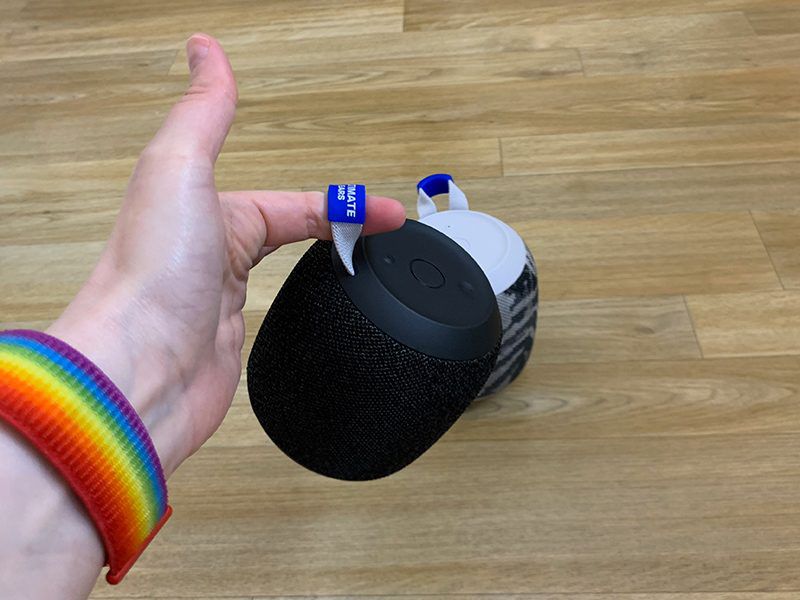 Ultimate Ears also boosted up the battery in the Wonderboom 2 so it’s able to last for 13 hours, which is basically all day battery life. That’s up from 10 hours in the previous-generation Wonderboom.

The Wonderboom 2 is a great little speaker that’s perfect for both indoor and outdoor use. It’s super portable, puts out impressive sound, and it’s not too expensive at $100.

Compared to the original Wonderboom, this model is louder, has the Outdoor mode, three hour longer battery life, and the Double Up stereo mode, making it a solid upgrade overall. 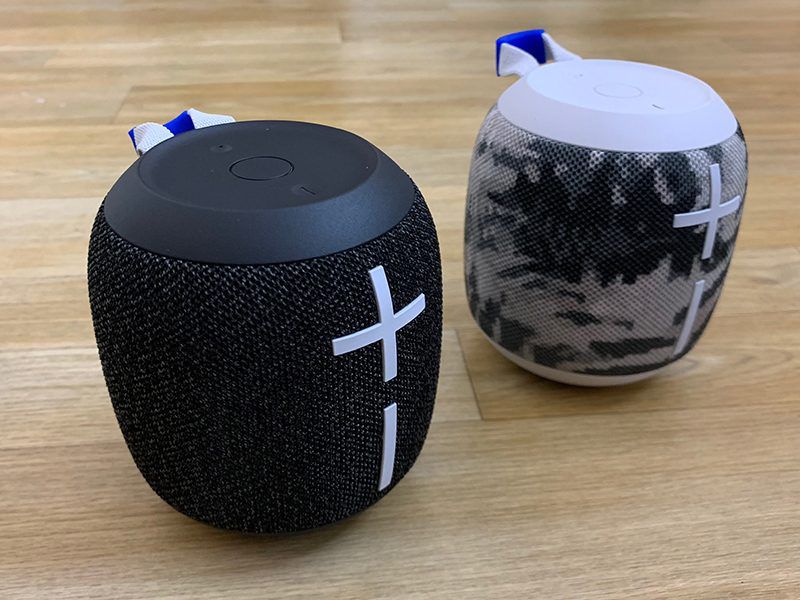 I probably wouldn’t shell out for a Wonderboom 2 if I already had a Wonderboom unless I wanted those specific features, but for someone looking for a small, versatile speaker that doesn’t compromise on sound and can be used virtually anywhere, the Wonderboom 2 is worth considering.

If you don’t need the Wonderboom 2’s features, you can pick up an original Wonderboom from Amazon for right around $55, which is an excellent price.

The Wonderboom 2 can be purchased from the Ultimate Ears website or from Amazon.com for $99.99. The Apple-exclusive camo model will be available in July.

Note: Ultimate Ears provided MacRumors with two of the Wonderboom 2 speakers for the purpose of this review. No other compensation was received.