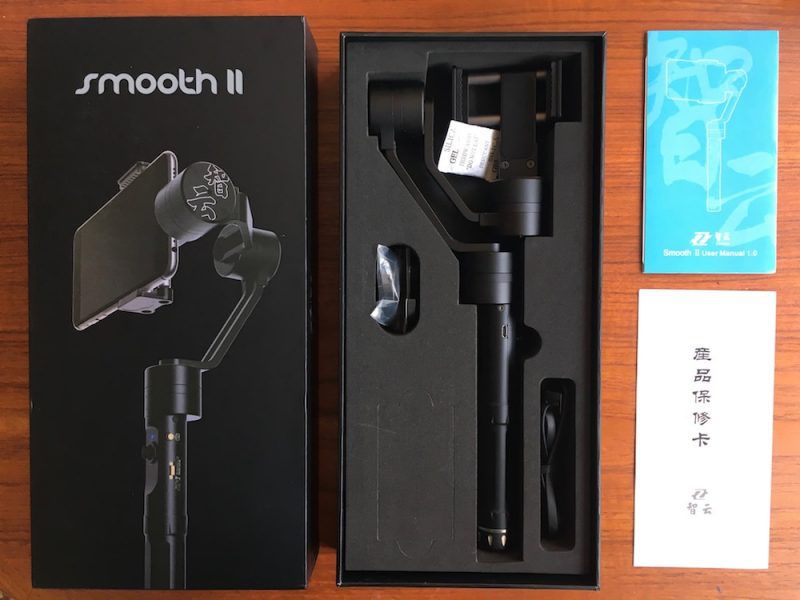 Digital image and video stabilization features have been included in modern smartphones for a while now, with each new generation offering improved correction for jumps and jitters that typically occur during handheld shooting.

Still, even the latest handsets can’t quite match the benefits that can be gained from using a motorized mount specifically designed to reduce vibration and unwanted shake.

Smartphone gimbals are made for just this purpose. Phone gimbals look similar to selfie sticks, but incorporate special motorized axes that keep shooting balanced and steady by adjusting for tilt, roll and tracking movements.

One brand that’s been steadily gaining plaudits for its gimbals is Zhiyun. The Chinese firm’s gimbals in its Smooth range have been noted amongst video aficionados for their robust design, multiple operational modes, and relative affordability compared to the competition. Here, we looked at the company’s latest Z1-Smooth II ($329) to see what advantages a gimbal offers for iPhone owners.

The Smooth II 3-axis stabilizer is designed for phones with screen sizes up to seven inches, and comes supplied with a counterweight to balance phones with a lens attachment or those with weightier screens (5.5-inches and above).

Also in the box is a USB to micro-USB charging cable, a 3400mAh rechargeable removable battery, a quick-start user manual (English), a foam camera protection sticker, and a set of ‘contact us’ QR codes.

The mount is made from a tough aluminum alloy that feels sturdy yet surprisingly lightweight. The axes flop about a bit when the device is powered off, so it pays to be careful when you’re carrying it around (especially with a phone attached), but it still feels like it could take a few knocks. 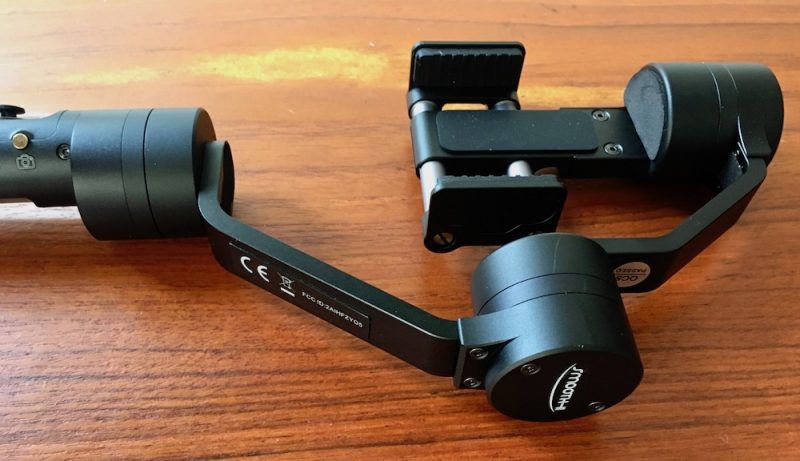 Phones are mounted using the manually adjustable clamp that runs off the tilt axis, which extends from the central roll axis. A thumb screw on the back of the mount lets you tweak the level, based on your phone’s center of gravity. The clamp has quite a bit of force, so I wouldn’t recommend putting an iPhone into it without a bumper or case, but there’s plenty of give to accommodate for this. 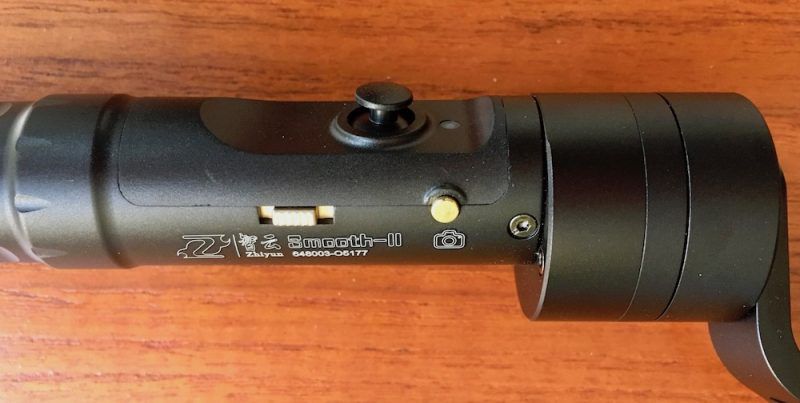 The gimbal has three operating modes that work in different ways to counteract your movements and create smoother, more stable video (more on these below).

The operating modes are controlled from the handgrip by pressing down on the joystick, which also functions as a standby button. There’s a separate power switch (which can also start/stop video recording when connected to the iOS app over Bluetooth), an LED power indicator, a micro-USB port, and a shifter lever for camera zoom and front/rear camera switching when using the app. 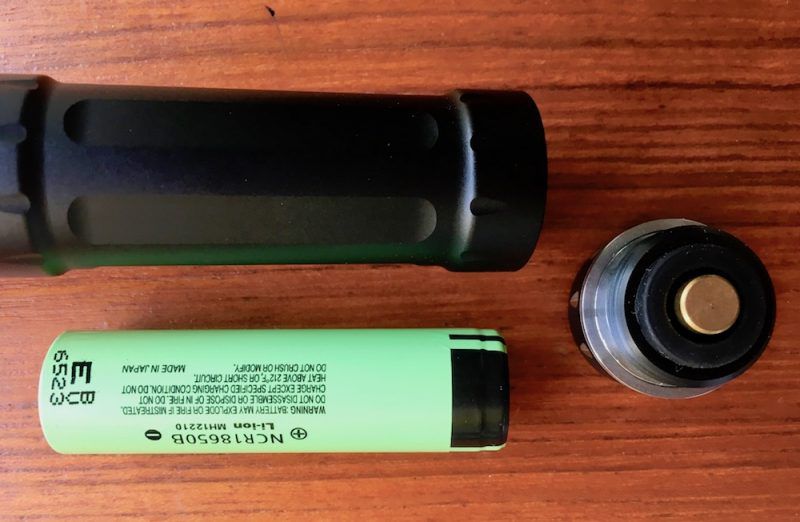 A cap at the end of the handle screws off to provide access to the replaceable 18650 battery, which charges inside the gimbal when the device is plugged into a power source via USB. At the bottom of the handle is also a 1/4-inch screw thread for attaching the gimbal to a tripod, extension rod, or other camera equipment.

Getting going with the gimbal was easier than I expected, and the quick-start guide was clear and helpful. Sliding an iPhone 6s into the mount was simple, and didn’t require me to use the supplied counterweight, which is needed if you want to use any of Apple’s 5.5-inchnovodasoftware iPhone Plus models. I extended the clamp with my hands, slipped in the handset in the correct orientation, and was good to go. 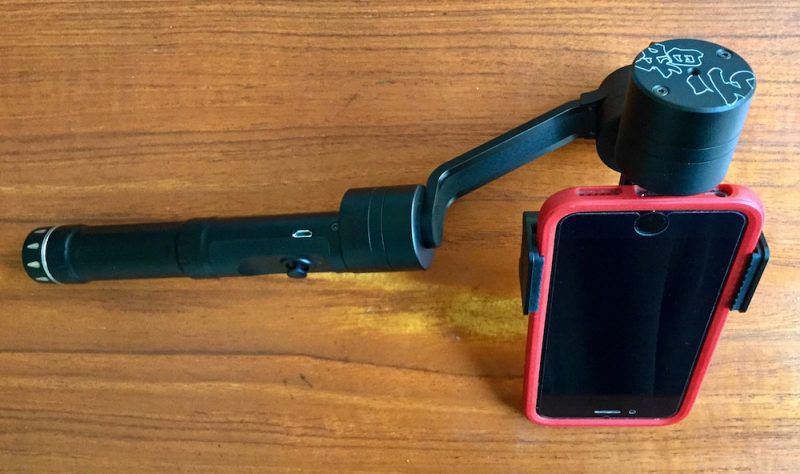 Pressing and holding the power button for three seconds turned on the device, which raised the phone into a level horizontal or “landscape” position. Repeating this turns off the gimbal, which makes the mount fall down limply. This is why it’s important to apply the foam camera protection sticker to the pan motor axis, because the phone screen can knock against it unless you power off with the gimbal pointed down towards the floor.

The default Pan Following mode offered instant, no-fuss video stabilization, enabling 360-degree freedom of movement at the lower (pan) axis while keeping the horizon level. This allowed me to control the panning direction of the shot from my wrist while the tilt and roll axes corrected for any unintentional wonkiness. 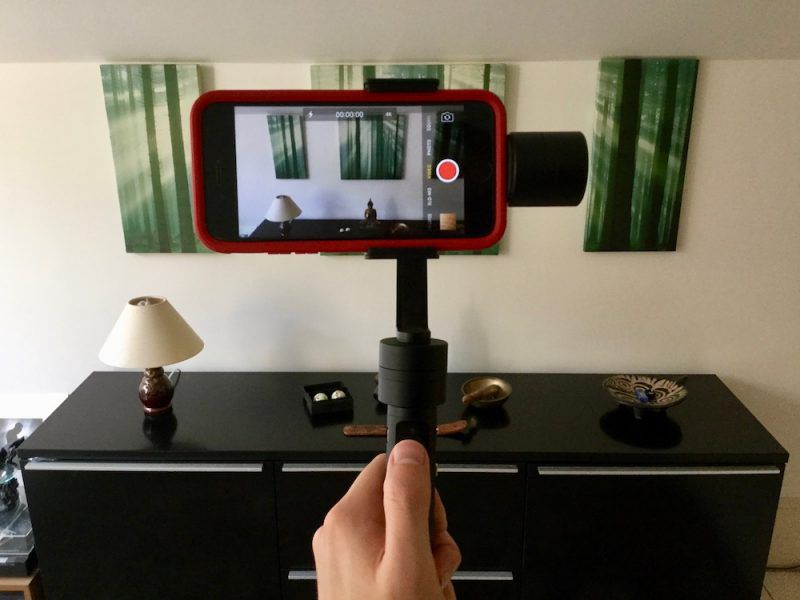 From there, a single press of the joystick enabled Locking mode, which locked the left and right panning motion and kept the camera forward facing regardless of which direction I moved my arm. Panning in this mode is controlled via the joystick, so as long as I didn’t press left or right on it I was able to move around freely without affecting the shooting angle, and even come into shot for a selfie, before completing a full 360-degree rotation around the static upper mount.

Pressing up and down on the joystick in both the above modes allowed me to control the vertical tilt of the camera and move the shot up towards the sky and down to the ground. The only drawback is that there isn’t any way of controlling the speed of the tilt in these two modes, however the Smooth II compensates for this lack with a third mode, activated with a double press of the joystick.

This activates Pan and Pitch Following mode. Now if you bring your wrist in up towards your face or lower it towards the ground, the tilt axis smoothly adjusts to follow the angle of the gimbal at the same speed. The roll axis compensates similarly if you rotate your wrist left and right.

This mode also changes the function of the joystick’s up/down direction, which now allows you to manually adjust the angle of the phone. This gives you some degree of rotational control either side of the standard landscape position (about 25 degrees, give or take). It doesn’t quite roll the camera into a portrait position, but you can use the gimbal to shoot portrait if you hold it parallel to the ground in any of the three modes.

Pressing the joystick once again takes you back to the default mode, while pressing and holding puts the device into standby mode, which can be used to calibrate the gimbal if the tilt/roll/pan angle of the camera deviates slightly from a level position. The calibration process is simple: place the gimbal on a level surface and keep it stationary for 30 seconds. This was performed once and I didn’t have to do it again.

Pressing the joystick again from standby immediately returns the device to normal operation. This proved useful for conserving battery between shots without having to constantly power on and off, which involves a few seconds’ delay as the gimbal configures balance. On that note, I found the battery more than capable of standing up to a couple of days’ use, and Zhiyun’s stated five- to seven-hour battery life actually felt quite conservative.

While it’s not a complicated device to operate, there is a moderate learning curve involved in making the most of the Smooth II’s functions – I dedicated an afternoon to playing with it (see videos), and came away feeling like I had a fair enough grasp of its modes to use them in test shooting. All of the motors and modes functioned silently throughout, so there was no risk of picking up mechanical sounds on my footage. Bear in mind the device has no specified waterproofing, so I would advise against using it in wetter climes.

The Bluetooth functionality of the Smooth II is supported by the company’s iOS apps, Zhiyun Camera and Zhiyun Assistant (both English), although there’s relatively little instruction included on how to get the best out of them. That said, they’re not cryptic by any means, and with a bit of fiddling I soon figured out the controls. 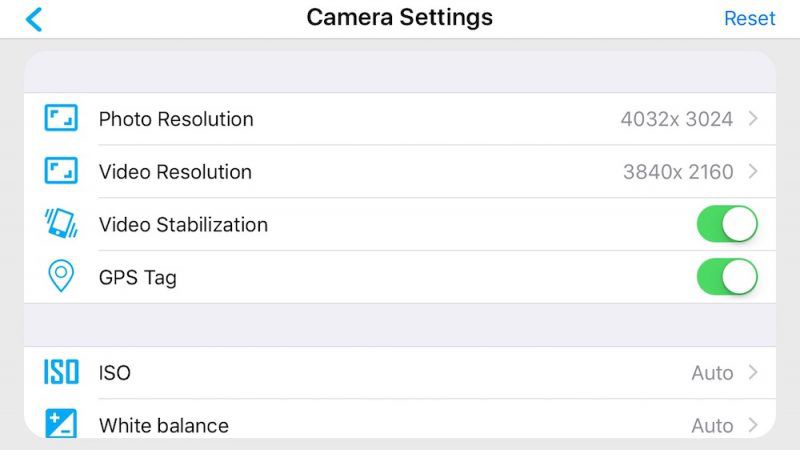 The camera app is for shooting video/photos, includes ISO, balance, and exposure settings, and has an option to turn on/off the iPhone’s built-in stabilization mode. With the gimbal connected to the app via Bluetooth, the buttons on the handle control your iPhone’s camera, which turned out to be a lot more convenient than tapping the phone’s touchscreen. Just be sure to give the app access to your photos, otherwise it won’t save your footage. Meanwhile, the Assistant app features an axis monitor and lets you upgrade the firmware, as well as offering finer calibration controls, but these weren’t something I had to bother with.

Smartphone gimbals are still a niche device, but the Smooth II is a solid, attractive option for anyone wanting to enhance their home/family movies or add a more refined look to video projects. It definitely steadied my test movies over the course of a single afternoon and gave the footage a more watchable, professional feel without the need for any post-processing, and the learning curve wasn’t too difficult either. With additional testing and a better grasp of gimbal technique, I’m sure production values could be raised a lot further.

The device’s performance was impressive overall, as was its battery life, and the price, while not exactly cheap for a phone accessory, is very competitive compared to other gimbals, especially considering the technology this one packs. My only real gripe is that no stowing/carry case is included in the box.

The Zhiyun Smooth-II 3 Axis Handheld Gimbal Camera Mount comes with a one-year warranty and can be ordered on Amazon for $325 or directly from Zhiyun for $289 plus shipping via the company’s Facebook store. 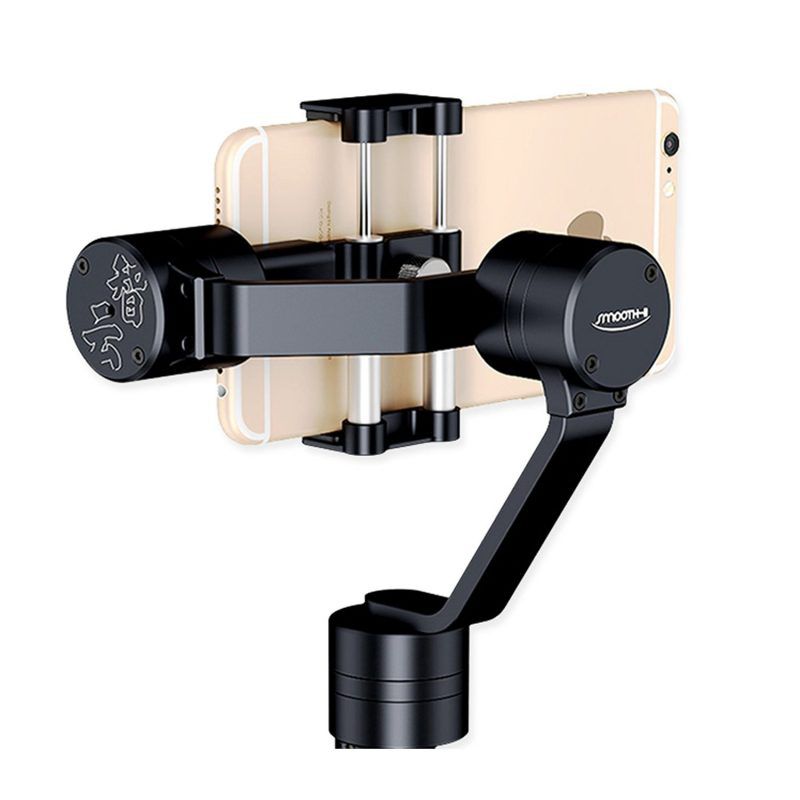 Note: Zhiyun supplied the gimbal to MacRumors for the purposes of this review. No other compensation was received.