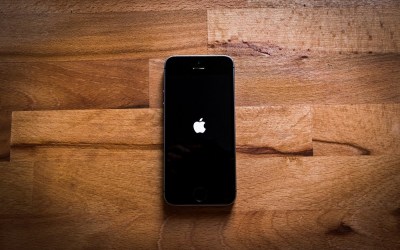 All of a sudden, the screen on your iPhone goes black and the device becomes entirely unresponsive. You keep pressing the Side button and the Volume rockers, but it still appears dead.

Luckily, there’s no need to worry too much because it’s usually a software glitch you can fix on your own. That said, the screen can go black due to a hardware malfunction and this is where things become tricky. Disassembling your iPhone isn’t usually something you can do at home.

Now, let’s take a closer look at some of the reasons the iPhone screen goes black, as well as how you can repair it.

Why Does the Screen Go Black?

Again, this usually happens due to software or hardware issues. At any point, the screen can go black and then turn back on, or it can go completely black and unresponsive. The former is a good indicator that there’s a software glitch and the later occasionally points to a hardware problem.

Whatever happens, there are a few things you can do before you pronounce the iPhone dead and take it to the repair shop.

Did You Charge Your Phone?

The moment your battery reaches 0%, the phone automatically shuts down and doesn’t show any signs of life. There is a pop-up warning once the battery goes under 20%, but there’s always a chance you didn’t notice it, especially on a buhttps://www.novodasoftware.com/sy day.

So the first line of defense is to plug in the phone and try to charge it. The Apple logo won’t appear as soon as you start charging the phone. Give the iPhone some time to charge before it can turn itself back on.

At most, you will need to wait a couple of minutes. This depends mainly on the iPhone model and your battery status. In general, the older the iPhone, the more time it will take to charge before it becomes responsive.

A simple restart is a quick way to resolve some of the software glitches that may cause a blackout. This method works best if the iPhone randomly goes black, though you should give it a try anyway.

To Restart an iPhone 7 and Older:

Hold the Side (Sleep/Wake) button until the Power Off slider appears, then toggle the slider to the right. Press and hold the button again until you see the Apple logo.

Note: Give your phone some time to power off before you press the button again. The Side button is actually on top on some older iPhones.

To Restart iPhone 8 and Later:

Hold one of the Volume rockers and the Side button simultaneously until you see the Apple logo.

Resort to iTunes for Help

If charging and restarting the device didn’t help, iTunes might be the solution. There are a couple of things you can do from iTunes to resuscitate your iPhone.

The following methods assume you’ve successfully connected the phone to a computer. This means that the device should appear in iTunes and a recovery screen should be visible on the phone. If it doesn’t connect, you might be facing a hardware issue, such as a logic board malfunction.

Click on the small iPhone icon on the top left to access your phone and select Update from the Summary section. 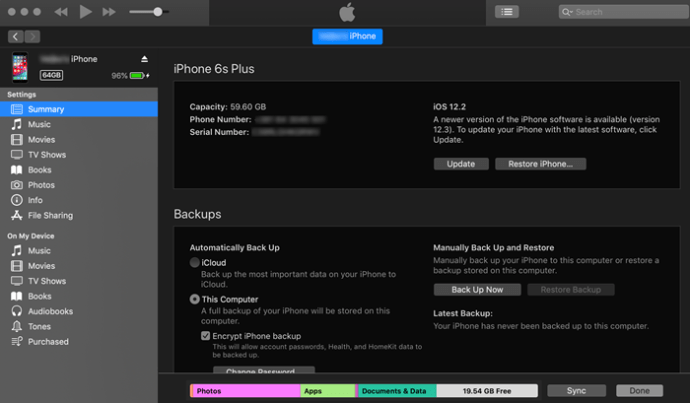 A window saying “There is a problem with the iPhone …” might appear as soon as you plug it in. Select Update and wait for a few minutes until the phone downloads and installs the new software.

Note: You shouldn’t unplug the phone while the update is in progress.

Sometimes a simple update just doesn’t cut it. This is why you need to try to restore your phone. But keep in mind that the restore erases all the data and settings from the device.

If there’s a backup on your iCloud or computer, iTunes will automatically prompt you to restore from the backup. You can try to make a backup before restoring, but this won’t always work, depending on the type of the problem that’s causing blackouts.

To restore the phone, click on Restore iPhone in iTunes or on the Restore option in the “There’s a problem…” window.

Most iPhone models are not prone to hardware issues. That is unless the phone sustains physical damage from being dropped or submerged.

So if the screen goes black after you drop the phone, there’s a chance that the display data connector got dislodged. On the other hand, if the blackout happens after the phone gets wet, chances are that the screen is broken and you need a replacement.

Don’t Freak Out If It Blacks Out

Hopefully, one of these software fixes helped you solve the problem. If not, a trip to the Apple Store Genius Bar is a must. There is a chance they will be willing to repair the phone for free even if the warranty has expired. But in general, you should consider AppleCare+ to extend the coverage on your phone and avoid costly repairs.