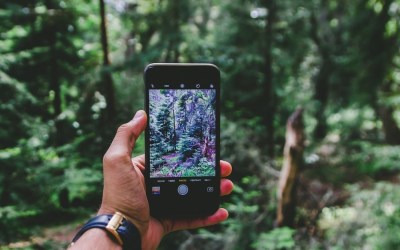 A few years ago, Pokemon GO became an international phenomenon and it brought augmented reality (AR) into the mainstream. AR apps and games have become a part of our lives since then.

Apple was quick to catch on and follow the trend. In September 2017, they released an update of their ARKit which allowed developers to create AR apps with ease.

If you’re an iPhone user, you can find an AR app for anything you can imagine. We’ve selected a few apps you might find useful and there are some fun games as well. Keep on reading to find out more about the top picks. 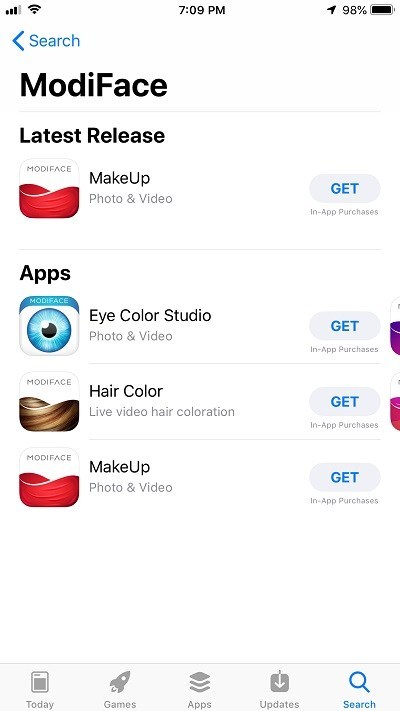 ModiFace is actually a developer with a suite of different apps that turn your iPhone into a virtual beauty salon. The apps that stand out are MakeUp and Virtual Nail Salon. Given the names, you can already guess what these apps are for. However, MakeUp is particularly interesting because it allows you to virtually try on various spehttps://www.novodasoftware.com/cific brands and types of make-up.

All of the apps in the ModiFace suite are free of charge and the AR delivers realistic-looking results. Interestingly, French cosmetics giant L’Oreal bought ModiFace in 2018. 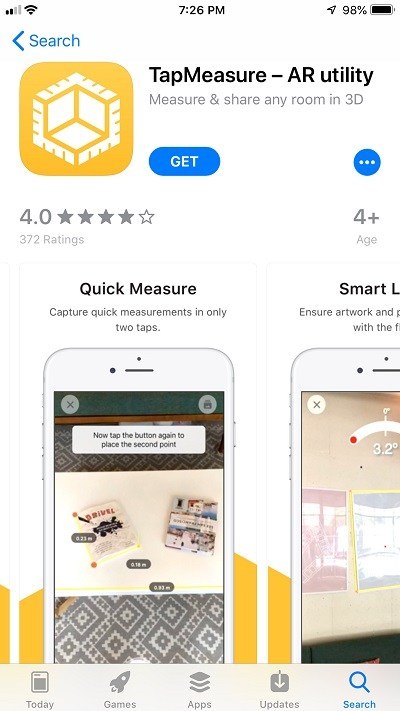 Wondering how big your room is? Want to know if the picture frames are level? TapMeasure is the app for you. With some help from AR, you get to create accurate floor plans in 3D, quickly measure objects, or use a smart level to see if everything is properly aligned.

What’s more, this app can be useful to architects and civil engineers since it allows them to export floor plans to SketchUp. TapMeasure is free of charge, it works on iOS 11.0 and later, and it’s available for iPad as well. 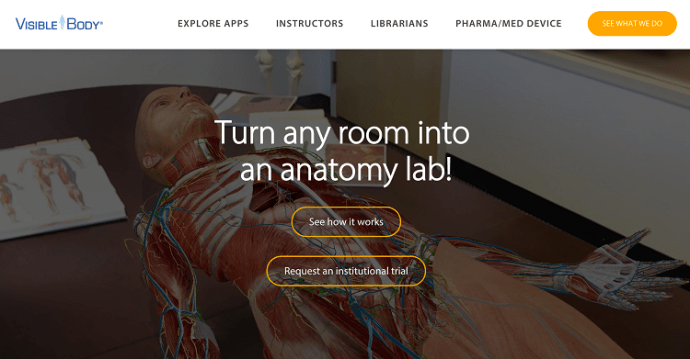 Like ModiFace, Visible Body is a developer that offers a suite of apps designed to help medical students learn anatomy. Their Human Anatomy Atlas is the AR-enabled app that allows you to create a virtual anatomy lab in your room.

You can place a virtual cadaver, organ, or body part on any flat surface and dissect it down to the smallest detail. Each muscle is annotated by name and location. Plus, you get a side-by-side preview of the body cross-section and the respective CT scan.

This is a paid app, and you can get advanced patient education and animations with in-app purchases, as well as dental anatomy. 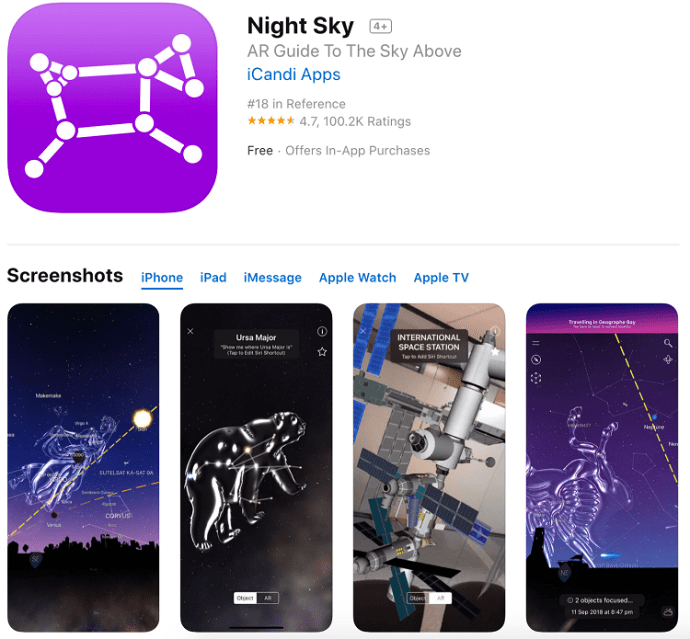 Judging by its three Webby and Lovie awards, Night Sky is surely one of the best AR apps for iPhone. Not to mention that it has one of the highest ratings in its category. But what does Night Sky do?

Launch the app, point it at the night sky and you’ll marvel at the constellations, planets, satellites, and stars above your head. Night Sky utilizes the iPhone’s GPS and camera to provide an accurate display of astronomical objects.

On top of that, the latest features allow you to preview Glass Constellation models and planetary portals in AR from the comfort of your home. The app is free (with in-app purchases) and it works on iOS 10.0 and higher. 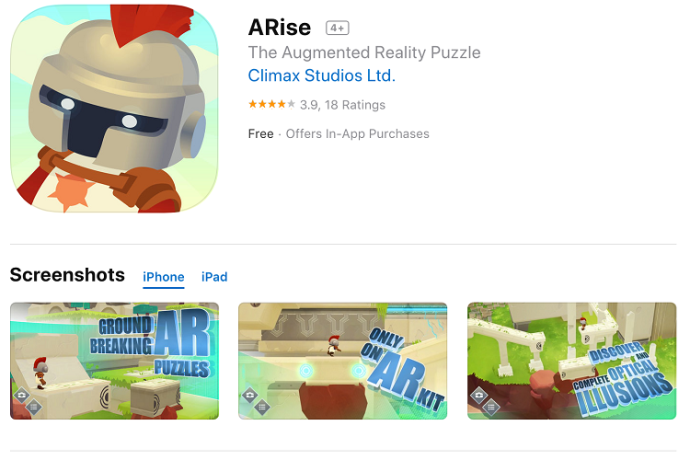 ARise is a fun AR puzzle game with a cute adventurer protagonist who looks like a beefed up version of Marvin the Martian. The goal is for your character to scale the towering stony flanks, and make that possible by creating paths and putting magical connections in alignment.

There are various visual cues that help you solve the puzzles while moving around the challenging world of ARise. The AR itself is quite impressive since you have the feeling the game unravels right in front of you. You need to physically move around to play this, not just move your device.

The game is available on iOS 11.0 and later and there’s a small fee to unlock the full version. 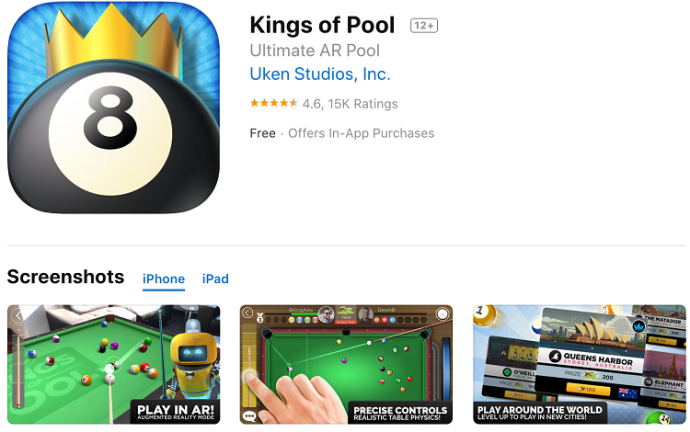 Kings of Pool is for users who dream of owning a full-size pool table at home.

With this game, you get to place an AR pool table in any room and play against some of the most skilled sharks from around the world. The game features a cutting-edge physics engine, so you get to pull off magical shots with amazing accuracy. You can also create a profile to brag about your stats, medals, and badges while you climb to the top of the Kings of Pool leatherboard.

Without a doubt, AR took iPhone usability to another level. Be it gaming, entertainment, or education, these AR apps extend user interaction beyond the screen of your phone. So grab your iPhones and see for yourself how immersive and fun these apps can be.