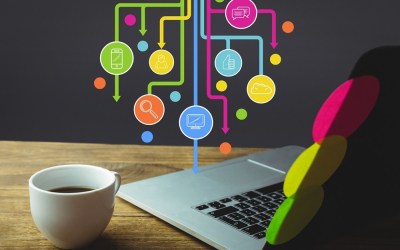 Gone are the days when you had to line your rooms with shelves and wires if you wanted to have a decent home entertainment system. Now, with the advent of cloud storage and internet streaming, all it takes is a little setup, and you can have your entire library at your fingertips.

Literally, in fact, if you use your phone as the hub of your home theater system. There are a huge number of apps available on the Google Play Store though, so it can be a bit of a slog trying to find the best one for what you want.

Some are paid, some are free, and some tread the line between the two, by offering limited trials or gating off certain options behind a paywall, and many of them have adverts one way or another. Which sever app is right for you depends on what devices you will be streaming to, as not every piece of hardware or software is universally compatible.

It helps to know a bit about what you’re working with, so we’ll give you all the information you need to know to get started with streaming from your Android phone with a minimum of fuss.

The Digital Living Network Alliance (DLNA) was founded in 2003 by a collection of the top names in tech, including Intel, Microsoft, and Sony, in order to create a method for sharing digital media across multimedia devices.

From video, to images, music, and even what’s on the screen of your phone, thanks to DLNA you can easily stream from one device to the other from the comfort of your couch.

With over 25,000 different certified devices, and nearly 4 billion of them already in circulation by 2017, all you need to get your home-entertainment system up and running is the right device with the right software.

How Does It Fit Together?

There are three broadly-defined categories that all DLNA-certified devices fall under. The categories are:

The categories are then broken down into smaller groupings based on the task that they perform as part of the media network. Any one device can (and often will) fulfill multiple roles, such as a laptop being able to both store and transmit data, as well as playing back from other storage devices.

It’s the server part that we’re most interested in for the sake of this list, though some of the apps function as more than just a server, with playback and control functionality included in many of the options.

Keep in mind that with so many different devices and software versions going around, you might need to try one or two apps to find the right one that will work for the brands of devices that you are trying to smush together. 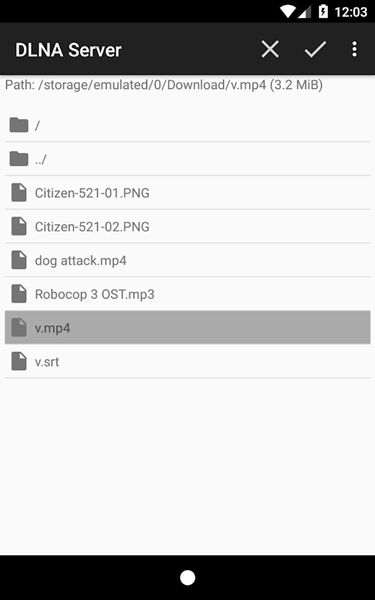 Starting off with a very simple and easy to use app, DLNAServer is as imaginative in terms of options as it is with its name. If you are just looking for a server with little overhead and no fancy bells and whistles, this is a good place to start. Plus, it’s free and doesn’t have any ads, which is a bonus.

A good-looking and easy to use option, Server Cast has more options and a decent range of supported devices. It can stream from online storage providers, can read playlists, and the developers are open to suggestions if your device isn’t supported yet. Less features than some of the other entries, but a decent entry-level choice. 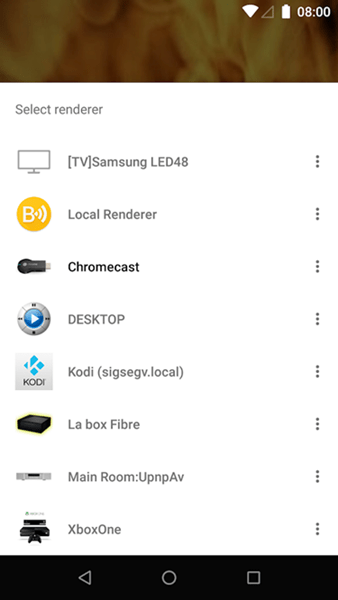 This app has a lot of options and supports nearly any device that is DLNA enabled. It can also stream directly from cloud storage services like Dropbox and Google Drive, so you don’t even have to have the media stored locally. It features transcoding, so if you try to play something that isn’t normally supported by the client device, it will try to convert it on the fly.

Other handy features include various shuffle modes, a full-screen image viewer, editable playlists, and playback queuing. This is one of the better full-featured apps, although some of the features are limited by a paywall, and it’s not much of a looker. 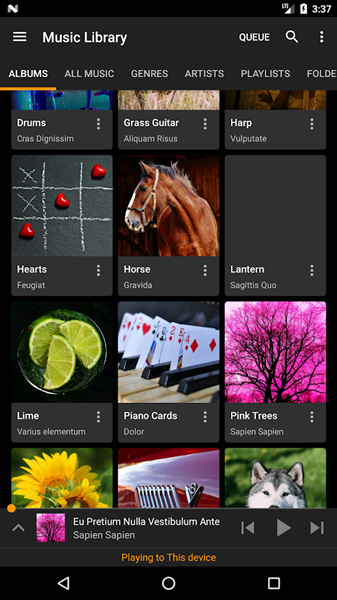 This one is more angled towards your music library, with plenty of features for your audio pleasure. It features gapless playback on Chromecast and Google Home devices, volume normalization, full shuffle capabilities, Last.fm scrobbling, and even internet radio streaming. One downside is that the free version will occasionally interrupt your listening with ads, but you get what you pay for. 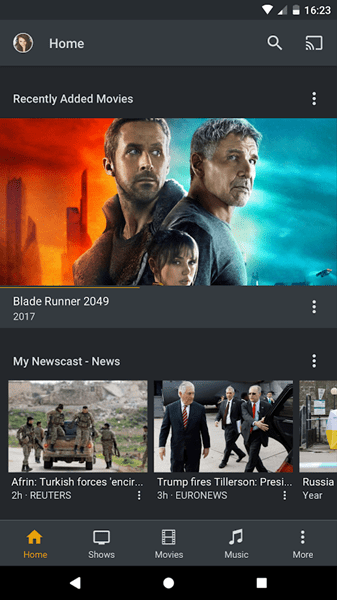 Last but by no means least, no list would be complete without Plex. Hands down one of the best media center apps available, with a huge list of features and far more functionality than just a server. The free version has everything you need in a media server and more.

Excellent metadata scraping gives you all the details about what you’re watching or listening to, and it even remembers where you got to across any device that’s connected to it. It has full subtitle support, and can stream pretty much anything. Plus it allows you to use your phone as a controller at the same time. If in doubt, give Plex a try.