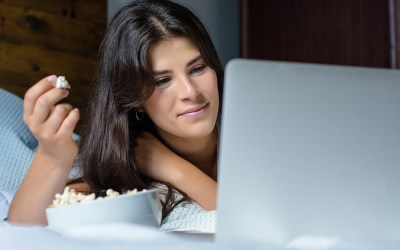 Devices that are DLNA-compatible can connect to one another and seamlessly stream and share data. This includes everything from photos and videos to screen streaming and mirroring. You may not have heard about DLNA, but it’s a fairly old format that is still widely used. Here are some of the best DLNA streaming apps out there.

Plex is one of the most popular DLNA streaming apps out there. It offers an elegant interface in addition to a number of other great features. Moreover, Plex can also be used as a DLNA server, meaning that you can connect it to other DLNA-capable devices. These include your Android TV or an Android tablet. To do this, navigate to Settings¸ then go to Server, and tap DLNA.

Additionally, Plex can share playlists with various devices, serve as the remote for your Plex TV, and resume video playback on various Plex products.

Kodi is probably the most famous DLNA streaming app out there. This is likely due to the fact that it isn’t made for DLNA streaming exclusively. Even though it can be set to focus on DLNA streaming, it’s more of DLNA’s parent technology. Android users that use Kodi have the benefit of countless add-on options, including both official and 3rd party options. Of course, it can stream media that is locally stored, as well.

Although it does have a radio and does allow you to view pictures on it, Kodi’s user interface is primarily built with video streaming in mind.

BubbleUPnP supports gaming consoles of the latest generation, Chromecast, and all TVs that have the DLNA option. It packs features such as editable playlists, playback queue, sleep timer, a variety of shuffle modes, scrobbling, etc. However, BubbleUPnP’s main draw is the fact that it is completely free.

If you’re looking for a DLNA app that boasts an awesome interface, iMediaShare may well be the best way to go. This app allows you to stream digital media from your Android tablet or phone, directly to your smart TV, no cables necessary. Naturally, the app works as a remote control during streaming. Using gestures, you can use this remote control function to pause, play the next or previous video, etc.

LocalCast is an amazing DLNA app that can communicate with UPnP, DLNA, and Samba devices. It can stream content to every compatible device in your home. Using this device, you can zoom and rotate pictures easily on your Chromecast. Additionally, LocalCast comes integrated with Opensubtitles.org which means that you won’t have to struggle searching for subtitles and captions. Gaming consoles, Amazon Fire TV, Chromecast, as well as the most popular Smart TVs are all supported. 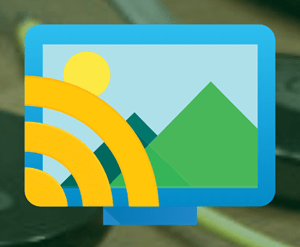 In fact, LocalCast does a better job at video streaming than apps such as Google Photos, which is truly impressive. It also comes with its native web browser.

While offering regular DLNA, MediaMonkey is packed with additional features. This app allows you to sync and stream many different media formats. You can choose from many different connections, such as UPnP, Bluetooth, Wi-Fi, DLNA, and others. One of MediaMonkey’s main selling points is its straightforward, user-friendly interface. However, this doesn’t mean that it lacks options and settings.

Using MediaMonkey, you can keep all of your media organized, as well as edit various files, manage playlists, andhttps://www.novodasoftware.com/ organize your bookmarks. Bear in mind, however, that you’ll have to pay more if you want unlimited DLNA usage, though.

One of the biggest problems with DLNA devices is in the compatibility area. With a large number of new brands popping up on the market, you can’t really expect them all to connect perfectly. AllCast solves this issue. With this app, you can stream to a huge range of devices, such as PS4, Xbox One/360, Amazon Fire TV, Apple TV, etc.

It also allows you to stream your content directly from Dropbox. This is a particularly convenient feature because it allows you to see files on your Dropbox without downloading them. Not many DLNA devices can offer this.

If you’re looking for a DLNA that will allow you to stream soundtracks, Hi-Fi Cast + DLNA is the best option around. It works with every common format, including WAV, AAC, FLAC, and MP3. You can shuffle the tracks by album and artist. If you’re into podcasts, this DLNA streaming app is one of the best on the market. It’s especially convenient if you aren’t that familiar with DLNA technology.

Choosing the Best One for You

All apps on this list are convenient in their own special ways and it is up to you to take your pick. Consider your DLNA streaming needs before you make the final decision. Some of the reviewed apps are great for video streaming, some for audio streaming, while others work with various online platforms, such as Dropbox.

What DLNA streaming app do you use? Do you one that we didn’t mention? Hit the comment section with questions and advice.