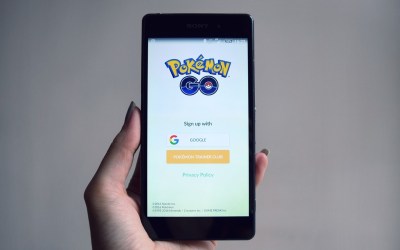 Pokemon Go launched three years ago to massive popularity and a strong critical reception, and though it isn’t quite the phenomenon it was in 2016, it’s still a massive success. Not only is the game still one of the most popular multiplayer games throughout the world, it’s also one of the few games that involves meeting with people in the real world. Pokemon Go is as communal as you want to make it, and assuming you’re prepared to meet up with players in real-world locations, it can be a serious blast. Whether you’re new to Pokemon Go or you’re a returning player, it’s a surprisingly easy decision to get back into the game. With new features, new Pokemon, and new events unfolding all the time, there’s never been a better reason to dive back into the one-time phenomenon.

If you haven’t played in nearly three years, logging back into the game will show some big advancements since the last time you played. First and foremost, several new types of Pokemon have been added from four more generations of games, with Pokemon from the U nova region slowly rolling out. This means there’s well over 500 unique types of Pokemon you can capture in the game, which means you’ll need to work hard to fill out your Pokedex with the new additions. There’s also added daily and weekly challenges and rewards for playing every day, and an in-game weather system that gives the chance to find specific types of Pokemon based on the weather and time of day in your area. There’s even an updated tracking system that makes finding Pokemon a lot easier than it was three years ago.

But it’s not enough just to have your growing collection of over 500 catchable Pokemon—you have to name them too. Everyone has their own methods for naming your Pokemon caught in Pokemon Go. Whether you use the names of your real-world friends, the names of common and popular memes, or you name them like you’d name a real-life pet, we all have our own naming mechanisms for our Poke-friends. Sometimes, though, you can’t quite think of the proper name for your new catch or hatch. No matter how hard you try, nothing seems to fit your brand-new Pinsir, Clefairy, or Pichu. And that’s where we come in. 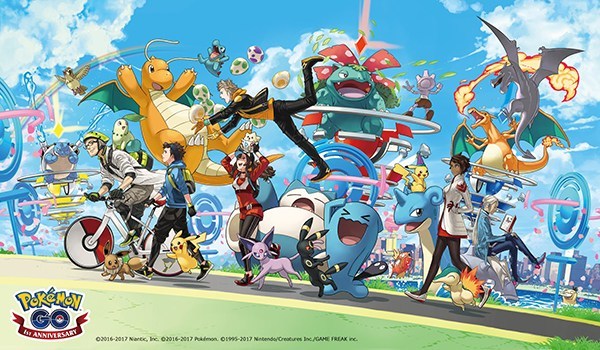 We’ve found a ton of unique names for both your Pokemon and your virtual trainer, some of which are original and some collected from popular posts or memes online. These are some hilarious and creative names, fit for making some of our favorite buddies feel like our own. Let’s take a look at the list.

To players new to the Pokemon franchise, Eevee might seem like a bit of an odd Pokemon. Eevee’s a small, fennec fox-like Normal-type Pokemon introduced in the original games, Pokemon Red, Green (in Japan), and Blue (international). In the original games, set in the Kanto region, you&rhttps://www.novodasoftware.com/squo;re given Eevee as a gift in Celadon City, along with an explanation that Eevee can evolve into three separate Pokemon: Jolteon, the electric-type; Vaporeon, the water-type; and Flareon, the fire-type. For each of these evolutions, you can use various elemental stones purchasable in the game to evolve your Eevee: water stone for Vaporeon, thunder stone for Jolteon, and fire stone for Flareon. Seems simple enough, but when Pokemon Go released in 2016, the only in-game items outside of Pokeballs were revives, potions, and berries. No stones at all. 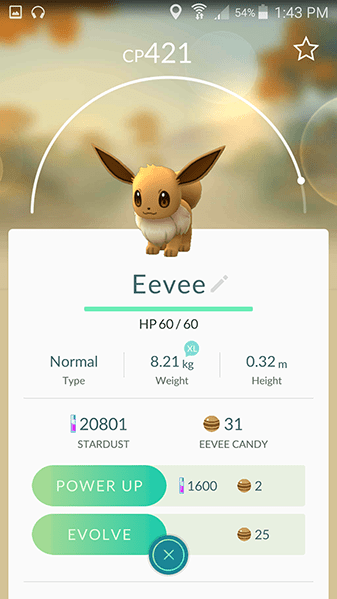 So, to most players, it seemed at first Eevee’s evolutions might be entirely random, a roulette wheel you have to spin when you have enough Eevee candies to evolve an Eevee. Pretty quickly, though, Pokemon Go trainers learned nicknames played a huge role in how your Eevee evolved. Depending on the nickname, you could force your Eevee to evolve into Jolteon, Flareon, or Vaporeon. Here’s the guide, along with an explainer on where the name came from. Spoiler alert—they’re all from the long-running Pokemon anime.

All three of those brothers appeared in episode forty of the anime, along with their youngest brother Mikey, who had an unevolved Eevee with him. 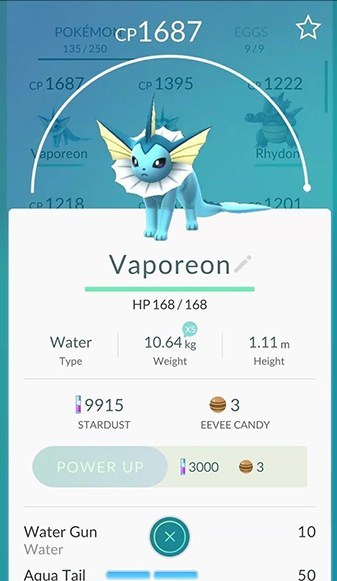 When Pokemon Gold and Silver—the second generation of Pokemon games—launched in 2000 and brought along a whole new lineup of Pokemon, two new Eevee-lutions were created that hadn’t been mentioned in that episode. Espeon, the psychic-type evolution, and Umbreon, the dark-type evolution, were brand-new entries to the canon of Pokemon. With them, they brought along new movesets and new evolution tactics. To unlock your Espeon, you had to level up Eevee after gaining a high-level friendship rating during the day, and to create an Umbreon, you had to do the same at night.

Since Pokemon Go doesn’t have any sort of friendship skill or rating implementation in the game itself, Niantec once again had to implement their own workaround for evolving Eevee. But with all three of the Eevee brothers used, they turned to an entirely different episode of Pokemon to grab their names:

Oh, and once you evolve your Eevee, you can change the nickname to whatever you want. You don’t have to keep names like Rainer or Pyro.

Finally, we’ve arrived to the newest additions to the Eevee family. With Gen IV Pokemon (those originally featured in Pokemon Diamond and Pearl) finally rolling out over the first half of 2019, we’re excited that we can finally add Leafeon and Glaceon to our Pokedex. However, evolving Eevee into its grass or ice-type evolutions is a bit more complicated than just using a different nickname.

In order to achieve either of the Gen IV Eeveelutions, you’ll need to head to a local Pokestop, then place either a Glacial or Mossy Lure, two of the new lures introduced with the new Gen IV evolution updates. Once you’ve made it in range to these new lures, you’ll have the option to evolve Eevee into these specific types right from their information display.

All this said, some users have found that nicknaming your Eevees does work to access Glaceon and Leafeon, albeit only once. If you’re willing to try out the nickname trick to avoid using expensive or rare lures, here’s the nicknames that work for both Pokemon:

Remember, this only works once according to our sources, so if you want a second Leafeon or Glaceon, you’ll have to grab a new lure.

With those official Eevee names out of the way, we should sit back and have a bit of fun with our other Pokemon and their respective names. We’ve come up with a bunch of clever, funny, and irreverent nicknames for your Pokemon that’ll make your inner class clown stand out a bit. These names are too good not to write about. 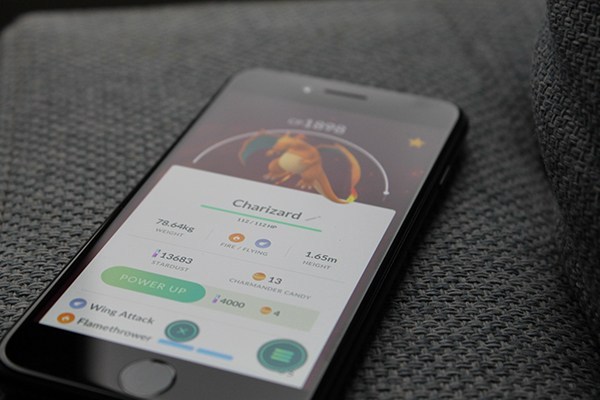 You can edit or change your Pokémon’s nickname whenever you want, and you can do it an unlimited number of times. All you’ve got to do is tap on the Pokemon you want to name and tap the pencil icon next to your Pokémon’s current name. Then type the name, hit the okay button, and you’re all set. With those instructions out of the way, let’s take a look at some of our favorite and funniest Pokemon nicknames.

These are just some of the names we’ve found that stand out from the rest. You could also use a Pokémon name generator to come up with randomly generated names, and choose the one you like the most for your designated Pokémon.

Or you could use a themed-based idea. We mentioned earlier the idea of using your friends’ names, but if you can’t think of one organically, try using characters from your favorite TV show, naming your Pokemon after US presidents, your favorite Harry Potter characters, or even using song lyrics to make up some funny jokes in your Pokemon library.

If you’re not too thrilled with your current Pokemon Go trainer name, remember that you can change it once. To go ahead and change your trainer name, tap the Pokeball from the home screen in Pokemon Go. Tap the settings gear icon in the upper-right on your mobile device and scroll down until you see “Change Nickname.” Tap that option and be prepared to enter your brand new Trainer nickname—so long as you have one ready to go. 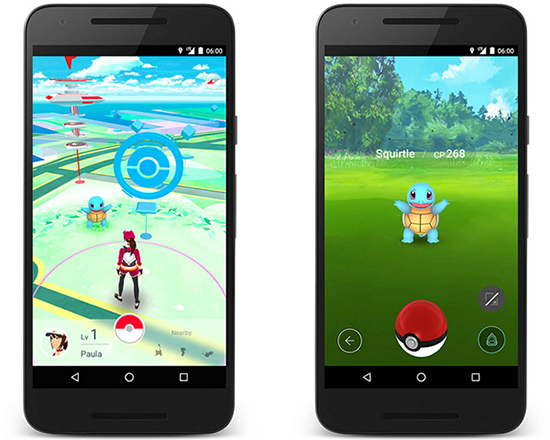 We used the Pokémon Go trainer name generator to come up with a list of names to inspire you. Only the most creative or silly ones were selected.

We hope you’ve enjoyed our list of creative and silly names for either your Pokémon or your Pokémon Go trainer. Feel free to use these trainer names we generated, or use the link we’ve included to pick your own. If you need help with other parts of the game, we’ve also got plenty of other articles to get you on the right track, from how to get Pokéballs to how to set up a gym. Are you still playing Pokemon Go now that they added new Pokemon and raid battles? Let us know what you think in the comments below!