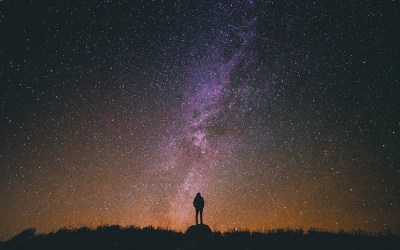 It’s humbling to consider that not so long ago we could only speculate as to the nature of the heavenly bodies in the night sky. We have come a long way since then, but that has only served to further incite our curiosity about the final frontier.

Fortunately, the increasing accessibility of technical advances puts a wealth of knowledge at the fingertips of even the most casual astronomer. It’s no surprise that even our mobile devices can double as rudimentary observatories.

There are many excellent mobile apps for would-be stargazers. They mostly focus on giving you information about cosmic bodies. However, some focus on specific features more than others. Below you’ll find a few outstanding choices that can serve as a starting point in your search for the perfect stargazing app.

The SkyView app is available on both Android and iOS platforms in their respective app stores. There is a paid version, and a free version with fewer features, but you won’t be giving up too much if you go with the free one. The free version was still good enough to warrant a Google Editor’s Choice Award in 2017. 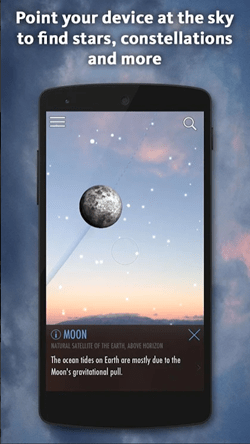 Skyview has a very streamlined and intuitive interface and is a great choice for newcomers and veterans alike. It’s enough to point your camera in the direction of the object you want to learn about to get more information.

Skyview’s features include night mode, sky paths to trace objects through the sky, and time travel. Time travel is particularly interesting, allowing you to see what a particular patch of the sky looked like at a previous date or will look like in the future.

SkyView also supports Space Navigator binoculars, the app-enhanced binoculars that help you find satellites and other bodies that are difficult to spot with the naked eye. Overall, this app should have everything you need in an affordable package.

Here’s another cross-platform option with an abundance of features. You can get it from Google Play or Apple App Store.

The app is geared more towards the advanced user. There is a lot of terminology and functionality that will either be irrelevant to novice userhttps://www.novodasoftware.com/s or go over their heads. So if you’re serious about your stargazing, you owe it to yourself to try this app. There are four different versions, from the free one which gives access to a reasonable amount of features and data, to SkySafari 6 Pro. 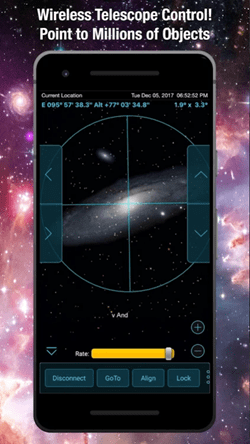 The Professional version of the app is a powerhouse by any standard. It supports AR viewing of the sky, has a database with every comet and asteroid ever discovered, and even pronunciation guides for the names of celestial objects. Perhaps most impressively, SkySafari Pro supports mobile telescope control via their patent-pending WiFi-to-Serial adapter. At $26.99, it’s a bit pricey but truly puts many other similar apps to shame.

From the apps on this list, StarWalk is probably the best-looking one. It has a beautiful interface, and all the designations and charts are integrated into the sky with an eye for aesthetic coherence. There is even serene ambient music to accompany your stargazing. That’s only the façade, though. The interior is just as impressive. 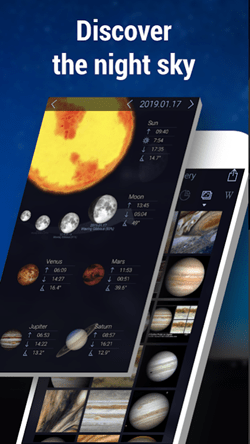 You can search for a particular planet or object with voice commands. The free version is ad-supported, but there is also a paid version without ads and with a much larger database. In SkyWalk 2 you can also search for meteor showers in specific areas as well as other predictable astronomical events.

Both the free and the paid versions are available in the Play Store and the App Store.

If you want a seriously customized experience, this is the app you’re looking for. It’s a free app, with an astronomical (ha-ha) amount of features available as in-app purchases. The basic version is still fairly powerful and the go-to choice for millions of stargazers. All the usual suspects are there. You can search around the sky by pointing or swiping on your screen, and see information about objects by tapping on them. 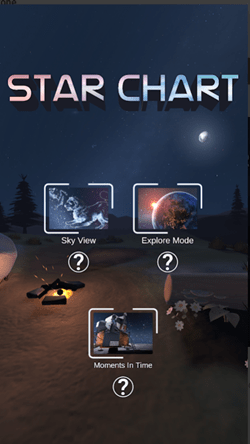 One standout characteristic of this app is that it uses constellation artwork by John Hevellius. Hevellius was a 17th-century astronomer renowned for his exquisite artistic depictions of constellations. Star Chart is available on Android and on iOS.

Somewhere, Something Incredible Is Waiting to Be Known

The time of physical star charts and atlases is behind us. For better or for worse, the march of technology continues unabated. The ease of access to information has sparked a growing interest in many fields, and astronomy is certainly one of them. 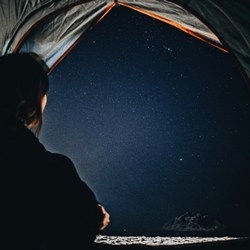 If you’re just beginning your journey through stars, the best way to jump right in is to try one of the apps listed above.

What first sparked your fascination with the night sky, and how far do you want to take it? If the next Isaac Newton is out there today, let us know in the comments below.