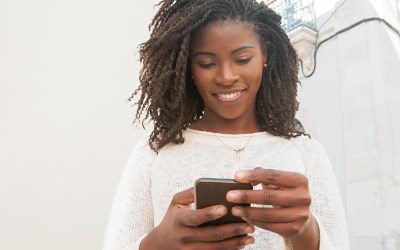 Tap games are very popular among Android users. They are also known as clicker games, and many people play them because they are very engaging and challenging. Moreover, these games don’t require a lot of dedication and time. You can play them only a few minutes at a time when you’re bored, and you will still progress quite fast. So, if that sounds good to you, keep reading and pick your favorite tapping game from our list.

The Executive was named the Android game of the year in 2015, and it’s still one of the best clicker games you can play. It’s a fighting game where you control the protagonist’s moves by tapping the screen. It puts you in the role of a young executive who fights and jumps his way through the company. 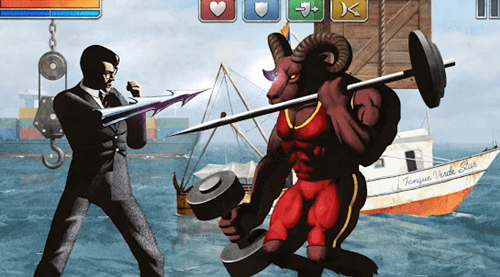 The game uses the passive clicker elements that generate coins and power-ups even when you’re not actively playing. That’s a great feature because it allows you to skip the hardest levels if you generate enough coins. This action clicker proved that you can mix different elements into a classic clicker and keep the game addictive. It’s definitely a fantastic game to play while you commute or wait in line at the doctor’s office.

AdVenture Capitalist is one of those tapping games you will see anywhere you look. The goal is to tap the screen to get more money to upgrade your businesses so you can make even more money. There are numerous upgrades that will take you down different roads. You will be able to boost your company, research new technologies, and even conquer the moon. 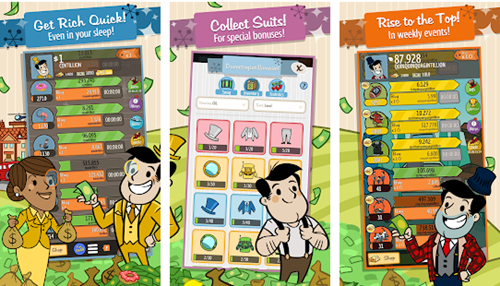 To do that, you will have to hire new employees and find investors willing to invest money in your company. The profit is the only thing that matters in this game. Tap your way to the top, and become the most successful entrepreneur in the world.

If you’re after a clicker that doesn’t consume too much time, Doomsday Clicker is a great choice. It’s all about getting enough resources and upgrading your base, but you don’t need to spend a lot of time on it. The game is similar to AdVenture Capitalist, but it also features a prestige system that allows you to progress and up your game. 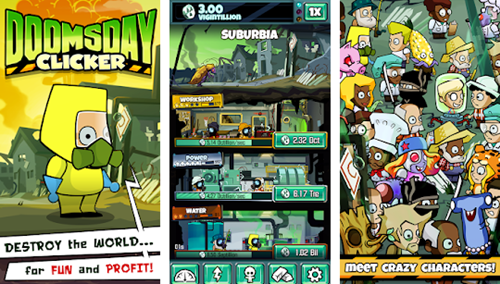 You play a mad scientist who wants to destroy the world. You get to collect humans and trigger doomsdays to mutate them and turn them into zombies that generate resources. You will have plenty of time as the mutant zombies will keep doing their thing when you’re not playing. It’s a fun game with a great sense of humor and a fantastic soundtrack. Being a mad scientist hell-bent on destroying the world has never been so much fun.

What does it take to become a Bitcoin billionaire? Well, this game will show you how to create your own virtual currency empire. It’s a very addictive game that pulls you in and keeps you glued to your smartphone for hours at a time. It requires your full attention, and you will have to make some tough choices along the way. 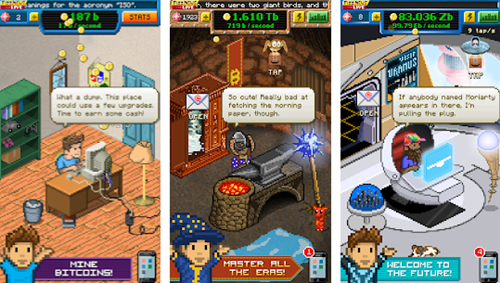 You will have to wrestle with both good and bad effects. To get the best results, you will have to play through mini-games to get rid of the bad effects. You will unlock upgrades that will make your tapping more efficient and earn you more Bitcoins. The best part of Bitcoin Billionaire is the great humor that will make you laugh all the time. You’ll spend your time tapping, laughing, and building your fake Bitcoin Empire without putting too much effort into it.

Clicker games are usually not famous for the action they offer, but Tap Titans is an exception. It’s a fighting game where every defeated enemy gives you loot you can spend on upgrading your character. As you progress through the game, you will encounter bosses after every few levels. You will have to up your tapping game and defeat each boss within a set time frame. 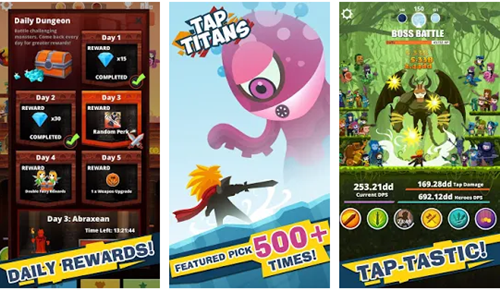 The great thing about this game is that it puts your tapping skills to the test after every few levels. That makes it challenging and more fun than standard tapping games. It does get a bit repetitive after a while, but it doesn’t get boring even after a few months. Tap Titans is, without a doubt, one of the best clicker games you can try.

Heroes of Utopia is an interactive clicker with fantastic graphics and regular updates. It’s a clicker RPG that pits you against all kinds of enemies and massive bosses with a weird sense of humor. 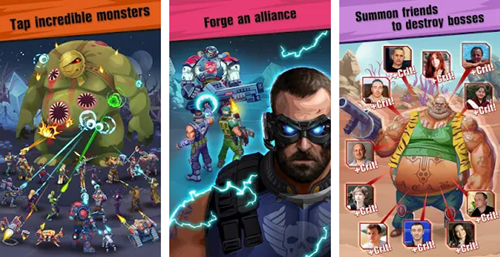 You will have to tap like crazy to win battles in this game, but the effort is more than worth it. The game is very simple and straightforward and has impressive visuals. Try it, and it might become your next favorite game.

Tap Your Way out of Boredom

Whether you’re on your way to work or you’re waiting in line somewhere, tapping games are a great way to kill time. They don’t require a lot of effort, but they are fun and engaging. Download any of the games reviewed above and give it a test run on your way to work tomorrow morning. Just make sure not to miss your stop.

What is your favorite tapping game? Whhttps://www.novodasoftware.com/en do you play it? Tell us more in the comments section below.