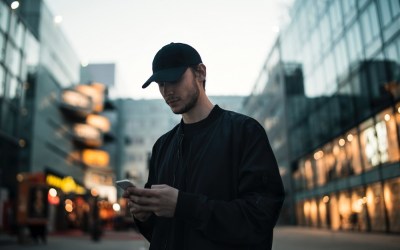 Android is among the most widespread operating systems in the world, with hundreds of millions of active users. That means hundreds of millions of online downloads and searches every day. Without at least basic protection, many Android phones would crash in a matter of days or weeks. Keep reading for the list of our favorite antivirus and virus removal programs for Android.

Originally, Avast for Android was a paid app, but it is now completely supported by ads. If you want to, you can pay a small subscription fee to get rid of the ads altogether. Along with the standard scanning features and options, Avast also offers call blocking and an anti-theft feature. The Ultimate version also has a VPN feature, a password manager, and the system cleanup tool.

Avira Antivirus Security was introduced not long ago. However, this great app meteorically rose through the ranks and is now rubbing shoulders with the big league players such as Avast and Kaspersky. The app is financed by ads, and you can disable them by paying for a subscription.

Aside from scanning downloaded files and your phone’s internal storage, Avira can inspect your external storage devices. Moreover, it can rank the apps installed on your phone by their privacy score. Avira can track your phone if it gets lost and it also prompts the finder to contact you. The premium version includes camera protection, extra browser security, and other advanced features.

Hailing from Russia, Kaspersky Lab and its suite of anti-virus and anti-malware programs are the strongest competitors to Avast, McAfee, and other internet security giants. There are two versions of the Kaspersky Mobile Antivirus app – free and premium. The free one is financed through ads and offers in-app purchases of advanced features, while the premium version costs only around $15 a year.

The basic variant offers decent protection, including manual scanning of downloads and apps for viruses and other malware. On the other hand, the premium option is equipped with anti-theft features, real-time protection, an app locker, anti-phishing tools, and much more. The paid version can also block spam and unwanted phone calls, as well as locate your phone should it get lost.

Norton is another legendary name in the world of internet protection. The original PC-oriented program was made way back in 1991. Today, Norton Security and Antivirus by Symantec ranks among the finest antivirus options available on the Android system. There are two versions – free and premium.

Norton can detect a wide range of viruses, Trojans, spyware, and other malware. Aside from the standard scanning and removal tools, it is also equipped with an alarm you can activate if you lose the phone. You can use it to lock your Android smartphone or tablet remotely or block unwanted texts and calls. The best thing about it is that premium features are available in the frhttps://www.novodasoftware.com/ee version for 30 days.

Bitdefender is an ultra-lightweight antivirus app. It is among the most popular and is free to download and install. Like the other free antivirus solutions on this list, this app is funded by ads. The basic app is super-fast and has excellent discovery rates. A paid version is also available, and it comes with a generous two-week free trial period.

Bitdefender Free Antivirus doesn’t run in the background once you close the app. Due to this, you have to manually schedule the scans. The core features include real-time protection, as well as scanning your downloaded and installed apps. The malware scanner, web security, app locker, account privacy, and anti-theft features are reserved for the paid version.

McAfee Mobile Security is among the best antivirus options available to Android users. It is one of several apps McAfee offers and it comes in two options – free and paid. The free version is, of course, ad-financed and offers in-app purchases.

The most distinctive feature of the McAfee system is that the majority of the advanced features are available in the free version. On the other hand, the Pro version is complicated to install and battery-heavy, though it delivers outstanding protection. McAfee also offers detailed tutorials and guides on all their important features.

Spyware, Trojans, viruses, and other types of malware can easily be contracted by tapping one wrong link or downloading a fishy app from an unauthorized site. So arm your phone with a good antivirus program and stay safe when you go exploring the web.