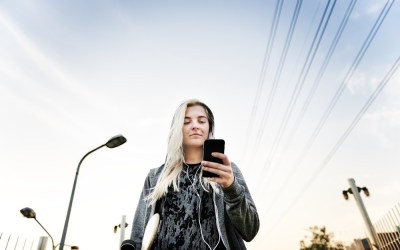 Snapchat allows its users to send and receive three basic types of messages – snaps without sound, snaps with sound, and chat messages. Additionally, Snapchat goes the extra mile in providing you with the status info on each of your sent snaps and chat messages. In this regard, it is the most thorough of all popular chat apps.

At the moment of this writing, there are six different statuses your message can have. However, the most important one is “opened”, as it informs you that the recipient or recipients have read or seen your message. The others are “sent”, “received”, “viewed”, “screenshot”, and “replayed”.

Throw in Snapchat’s color codes for each message type and it’s unsurprising that it can get confusing sometimes. Here’s how to tell whether and when your message was opened, followed by a detailed breakdown of other message statuses.

What Does Opened Mean?

When you send a message on Snapchat, the platform will track it and inform you of its status changes. The “Opened” status is assigned to the messages that have been opened by the recipient (or recipients, if you sent a message to a group chat).

To view your message’s current status, you should follow these steps:

If it’s been opened, you will see the time when it happened below the contact’s or group’s name.

Snapchat’s “Opened” icons look very similar to the “Sent” icons, except they’re hollow. This means that a hollow red arrow will appear next to an opened snap that has no sound, while a purple one will mark an opened snap with sound. Finally, a hollow blue icon designates an opened chat message.

What Does Sent Mean?

The “Sent” status is the first one you’ll encounter after you send a message. Each message that hasn’t been delivered has this status. Sometimes, if the cloud is too busy or you went online quickly after sending the message, this status might be active for some time.

“Sent” icons are solid arrows pointing to the right. The red arrow is for snaps that have no sound. The purple one is for snaps with sound, while the blue one marks sent chat messages. The gray icon marks messages sent to users who haven’t yet approved your friend request.

What Does Received Mean?

As soon as your friend receives your message, its status will change from “Sent” to “Received”. A new icon will appear on the left side of the contact’s name in the Chat list. The date and time of when the message was received will appear below the name. Have in mind that these messages are still unread.

“Received” icons are solid-colored squares instead of arrows. Following the color code, the red square is for received snaps without sound, while the purple one is for snaps with sound. The blue square chat bubble icon is for received chat messages.

What Does Viewed Mean?

The “Viewed” status is next. A message can receive this status only after the recipient has viewed it. The time and date of “viewing” will appear in your Chat list below the contact’s name. 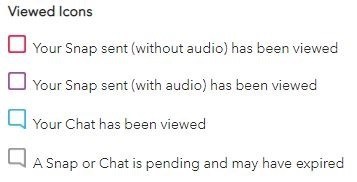 What Does Screenshot Mean?

One of Snapchat’s best features is that it tracks who makes snapshots of the messages. If your friend screenshots your message, you will be promptly notified with the time and date. Keep in mind that taking screenshots is against the platform’s rules the offenders could get in trouble.

“Screenshot” icons are two-way hollow arrows. The standard color code applies for this set of icons too. It is worth noting that there is no gray option.

What Does Replayed Mean?

Finally, Snapchat will inform you when a friend or contact replays your message. Naturally, this type of notifications is applicable only to snaps with and without audio. Messages can’t be “replayed”.

“Replay&rdhttps://www.novodasoftware.com/quo; icons are circular arrows. The standard color code applies here, and there are no blue and gray options.

Snapchat has perhaps the best message tracking system among the major social platforms, with a total of six different statuses. To check how your message is doing, just go to the Chat section and find the chat you want to track. Snapchat also provides the time and date of the last status change for every message you’ve sent.