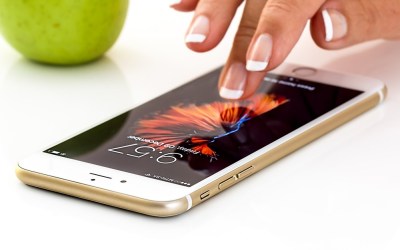 Knowing your iPhone’s exact model name is a must if you need to change some of its parts. By knowing your iPhone’s full name, you won’t end up buying parts that don’t fit or that aren’t supported by your phone’s model. This will save both your time and money.

Since not everyone has full documentation for their iPhone, we will show you how to find out your phone’s exact model manually.

Check for the Model Number on Your iPhone

iPhone model numbers are always printed on the phone’s body. The only question is where, as the locations vary depending on the iPhone’s version.

Although this might change in the future, there are two common locations where manufacturers choose to print the model number:

Check for the Model Number or Model Name Through Settings

It is quite easy for model number prints to get damaged or completely wiped off. Not being able to see only one digit from the model number could be enough to prevent you from figuring out your iPhone’s full name.

Luckily, there’s another route you can try. Here’s what you have to do:

Your iPhone’s About section contains the information that you are looking for. It has the Name that you have set (John Doe’s iPhone, for example), Software Version, Model Name, Model Number, and the Serial Number. 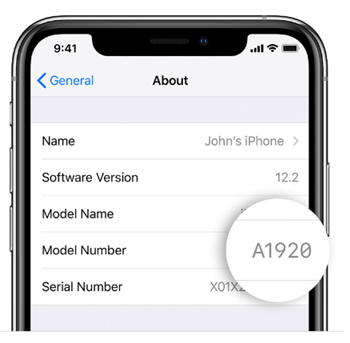 To view your iPhone’s model number, simply tap on the Model Number option. Every device using iOS 12.2 has its model number visible in the Settings menu. From there, you can check your device’s Model Name as well.

If you use both of these methods, you will notice that the model number results match.

So, you now know your iPhone’s model number. How can you find its exact model and other characteristics?

All that you need to do know is find your phone’s model number and you will see its model name next to it. We have used Apple’s official data to compose the list below.

Learn More About Your iPhone

Now that you’ve found your iPhone’s full name, you can easily find out whatever you want about your device. Simply Google your iPhone’s name and you will find information about its storage, operating system, and much more. You should base your search around Apple’s official websites rather than third-party sources which may not be up-tohttps://www.novodasoftware.com/-date. With that in mind, there’s a lot of credible information you can find on Apple’s Support website.

Why are you looking for your iPhone’s model number? Did you manage to find it with the tips outlined in this article? If so, did the model number help you find the other information you were looking for? Let us know in the comments below.