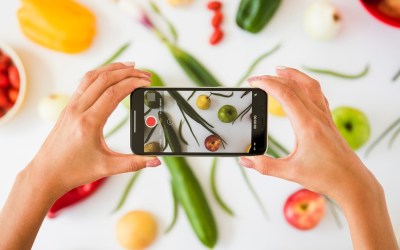 Popular image formats such as JPG and PNG recently got some serious competition. This is HEIC, which has only been around for a few years but it has been showing great promise. As time goes by, it may become the default image format.

But if you don’t have a new Android phone or tablet, or any recent Apple devices, there is a chance that you’ve never heard of HEIC. So, what exactly is that format? How is it superior to the traditional ones? Read this article and find out.

However, HEIC files are not developed by Apple. Instead, they’re made by Moving Picture Experts Group (MPEG). The manufacturer says that an HEIC file can store double the data of a JPEG file of the same size.

This format came into the spotlight during the release of iOS 11, because Apple made it the default image format for that system. After that, it became an image format for macOS High Sierra and all the following Apple devices. 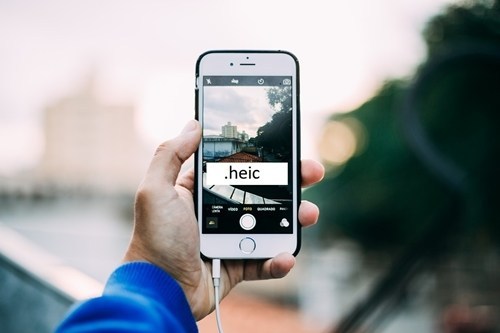 Which Other Systems Supports HEIC Files?

Until recently, you could only open HEIC files on iOS 11 and newer systems. However, the support for this format keeps growing because of its wide range of benefits.

Currently, the following systems are compatible with HEIC files:

Other than these systems, some image editing software offers support for HEIC files. For example, you can use GIMP, Adobe LightRoom, Pixelmator, and Affinity Photo to edit HEIC images.

Pros of the HEIC Format

HEIC offers plenty of benefits compared to the other image formats.

First of all, you can capture an image twice the quality of JPG or PNG and use up the same amount of storage space.

Also, this format can contain an image sequence in addition to a regular image file. This means that you can store multiple images in one file format, and as such, you can capture live photos and burst images. For example, this is why you’re able to see a moving image if you enable a live photo on the iPhone.

Next, it can also store image derivations, meaning that all the different editing steps can be saved in an image file, so you can modify or undo it later. And in the end, HEIC is compatible with a 16-bit color scheme, compared to the 8-bit colors of JPG.

Cons of the HEIC Format

Currently, the most obvious downside of the HEIC format is its lack of compatibility with various systems and devices. However, the trend is changing and we should expect a much wider presence of the format in the future.

Google Chrome doesn’t support this format, and neither do most popular web apps and social platforms. For example, regardless of your device and default image format, if you upload an HEIC image to Instagram or Facebook, it will automatically convert to JPG. This means that you will lose out on image quality during uploading.

There is also a problem with the patent of the HEIC format, which can affect Apple and other brands using and distributing it. The format is based on High-Efficiency Video Coding (HEVC) technology, which many other groups outside of MPEG claim to have patents on. This means that in the recent future, we may see claims against the HEIC format too.

How to Open HEIC in Other Devices

If you have a Mac, an iOS device, or a new version of Android, you should be able to open HEIC files without trouble. But if you want to open an HEIC file in Windows, you will have to use some alternative methods.

Get an HEIC Extension

As mentioned already, Windows offers an HEIC extension from the official Microsoft store. You just have to click on the blue ‘Get’ button and install the add-on. When you do that, your Windows 10 will recognize HEIC images, and you’ll be able to open them the same way as other image formats.

Dropbox is Cloud storage that supports HEIC images. This means that you can upload an HEIC file to your Dropbox storage even if you can’t open it with your device. Once you upload the image, you will be able to see the image preview on the website.

There are online converters such as HeicToJpg that you can use to convert your HEIC image to JPG. All that you have to is drag-and-drop the image to the converter, or locate it manually on your storage. HeicToJpg will convert the image and return it in a viewable JPG format.

Is HEIC the Future?

As things stand, HEIC files are here to stay. The fact that they can store multiple images is making an especially big impact.

We’re already seeing popular operating systems such as Android and Windows adjusting to these new types of images. However, there is a long wahttps://www.novodasoftware.com/y to go before HEIC becomes the norm, and until then, you may have to use alternative ways to view these files.

Do you consider HEIC better than other image formats? Do you know of any other methods to view HEIC images from unsupported devices? Leave a comment and share your experience.