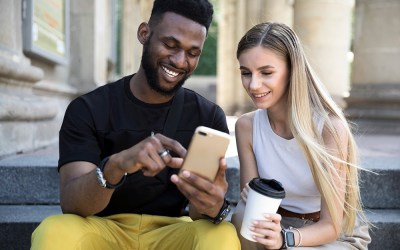 Picture your phone’s home screen. What’s the firshttps://www.novodasoftware.com/t thing that comes to mind? How about the second? You can probably draw a rough sketch of your home screen from your memory. The sad part about spending all that time looking at our phones is that they become familiar, and the familiar turns into boring rather quickly.

To shake things up a bit, people have created custom versions of the Android launcher. CM Launcher is one of those apps, and it overhauls the looks of your phone by allowing you to install new themes. In this article, we’ll take an in-depth look at launchers and what is CM Launcher in particular.

A Brief Introduction to Launchers

Before getting into CM Launcher specifically, it’s good to understand what launchers are and what their function is. A launcher, in Android terms, is what enables you to interact with the user interface. Just about anything you do to customize your phone such as move apps around, change the background, install and launch apps—it all happens through the launcher.

Android bills itself and an open-source platform, which allows developers to create custom firmware for devices that use it. These custom ROMs, as they’re known, are often unstable and difficult to install. Note that custom launchers are not ROMs but rather applications. Therefore, they don’t carry the same risks and are very simple to use. 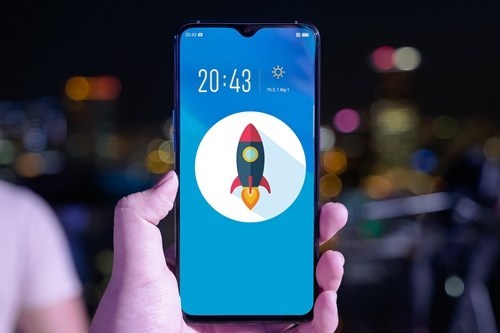 Launchers fall into two broad categories based on how easy it is to use them and what they offer to users. The categories are “smart” and “design.” Smart launchers are for people who don’t spend much time looking at their phones; they change the home screen to be as functional as possible and offer all the relevant information at a glance. On the other hand, design-oriented launchers are meant to fully customize a user’s experience.

You should think of these categories as the opposite ends of a spectrum rather than a strict division. All launchers share some traits of both categories, and CM Launcher is probably somewhere in between—leaning towards design.

Now that you know what a launcher is and does, it’ll be easier to delve into CM Launcher’s features. For starters, CM Launcher is a free app that you can download from Google Play. It has in-app purchases but the features provided for free are very reasonable. All you really have to do is install it and run it.

When you launch it, you’ll be prompted to choose a background for your phone. For now, choose the recommended background (you can change it later) and tap the “Next” button. You’ll have to “X” out of a few ads and offers and then continue the brief instructions on the screen. As soon as you’re done, your phone’s home screen should look very different. You will immediately start getting some on-screen tips about how to navigate your new launcher.

The more you use it, the more you’ll start to notice all the features it offers. To give you a head start, here are some of the more salient ones.

One of the features that CM Launcher proudly showcases is its Booster. As soon as you install the launcher, you should see an icon labeled Booster on your home screen. This is essentially just a shortcut to your device’s built-in optimizer. Without getting esoteric, all this does is make sure all your apps are loading as fast as possible, and does it quite well. Tap on the Booster icon to run an optimization that only takes a few seconds.

The biggest impact the launcher is meant to make is a visual one. Most of these features are purely cosmetic in nature, but they make a big difference when you’re trying to breathe a bit of life into an all-too-familiar home screen. For instance, if you press and hold the panel dots on the bottom of your screen you’ll activate a 3D navigator for your panels which makes it easier to quickly find icons. 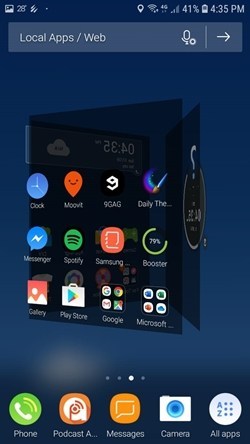 There are also thousands of different themes that you can download for your device. Many of them are free and can all be accessed through the icon labeled “Themes” which you’ll find somewhere on your main panels. You can also see a curated list of themes updated every day through the “Daily Themes” icon.

Last, but certainly not least, if you scroll left on your Home screen far enough you’ll find the Performance Center. From there, you can adjust battery usage settings, look at your calendar and interact with your pet. The “My Pet” feature is actually quite endearing. It’s a cartoon cheetah that you can feed, put to bed, and allow to work on a computer. If you’re old enough to remember the Tamagotchi pets, this little cheetah will tug at your heartstrings.

If you’re feeling brave, try some other launchers too. Evie Launcher is the fastest-loading launcher available and Nova Launcher is one of the most highly-rated options on Google Play.

With this article, we just scratched the surface of  CM Launcher. The features, options, and customizations will be scattered around your device. It may take some sleuthing skills to find them all but it is well worth the trouble. One tiny caveat is that some users report a reduced battery life when using CM Launcher.

Is CM the first launcher you’ve heard of? Do you think a periodic visual update helps keep you excited about your phone? Share your opinions in the comments below.