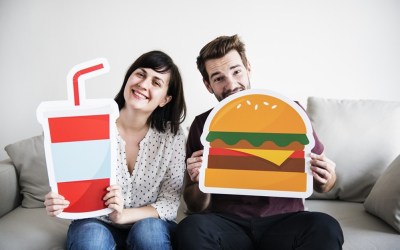 You have probably seen the icon with three horizontal lines a million times, browsing the Internet or using a mobile app. However, you are probably in the dark when it comes to its name, just like most of the people. Did you know this icon is actually called the hamburger menu?

This hamburger menu does not couple with fries and soda; it is actually used to save space. It was invented a long time ago, but it stayed dormant until the smartphone era. Website and app developers found it difficult to fit every option on the main screen, and this tiny delicious icon made all of that possible.

Read on if you are interested in the origins of the hamburger icon, what apps use it and the controversy revolving around it.

There is a lot of dispute over the invention of the hamburger. Anyhow it is a sandwich with meat between two buns, invented over 100 years ago. The icon with three horizontal lines has a similar appearance, and that is how it is popularly referred to nowadays.

As for the invention of this icon, the credit goes to Norm Cox who created it for Xerox Star. It was the first ever graphical user interface, made to give users an easy access to a selection of choices. This was all the way back in 1981.

How come it reemerged only recently? Well, it was due to the popularization of mobile phones. Smartphone screens were not that big at first, so app designers had to find a way to make the most of the space they had. The hamburger icon was an attractive choice because they could store many options behind the small three lines.

Why Apps Use Hamburger Icons

Some users find it difficult to navigate in some apps or websites and there is definitely a reason for it. Developers can’t possibly spell out everything because of the lack of space. So instead of writing Menu, Preferences or Options, they decided to use the hamburger icon.

On another note, not everyone is an English native so they would have to translate the option and fit it on small smartphone screens. That would be very difficult for languages like Dutch or German, which are notorious for long words.

This icon breaks the large walls of text and makes the user focused on the main interface of a site or an app. Some would rather consider it a “More” icon than “Options” and this proved to be a better approach.

Good Examples of Hamburger Icon Use

YouTube also made this decision after experiencing a drop in user engagement. Maybe these big shots were not using the icon properly, or it simply did not fit their platforms. Here are some better examples of hamburger icon use.

Uber has done a great job with the hamburger icon because their app revolves entirely around booking rides. The hamburger icon is for secondary use, less important than finding a ride, e.g. payment, trip history, freebies, etc.

Google does the same thing; the primary focus of Google Drive is on documents and other files. The hamburger menu is there for other options, such as backup, sharing, and settings.

A calorie tracking app had to include a hamburger menu right? They added it to the top left of the screen, out of the way of the calorie counter. More advanced stuff like diets, progression, and recipes are put aside and readily available at the touch of a button.

The Downsides of Hamburger Menu

This three line icon is getting a lot of hate lately and it is clear why. The main reason is that it is not transparent enough. When you put items in a hamburger menu, they are less visible and therefore less prominent.

This further leads to less user engagement, i.e. fewer clicks on this particular icon. Some say it is harder to reach because it is usually located at the top left or right corners of the screen and the mobile phones are growing in size with every year.

What are your thoughts on the matter? Are these icons as appealing as the delicious food they were named after? Opinions on the matter are very diverse, but when he was asked if hamburger icon is here to stay, its inventor thought that it was because of its practicality.